Oblique Plane Microscopy (OPM) is a light sheet microscopy technique that uses a single high numerical aperture microscope objective to both illuminate a tilted plane within the specimen and to collect fluorescence from the tilted illuminated plane. Correction optics are inserted between the primary microscope objective and the CCD camera to allow a tilted plane within the specimen to be imaged, see figure 1. 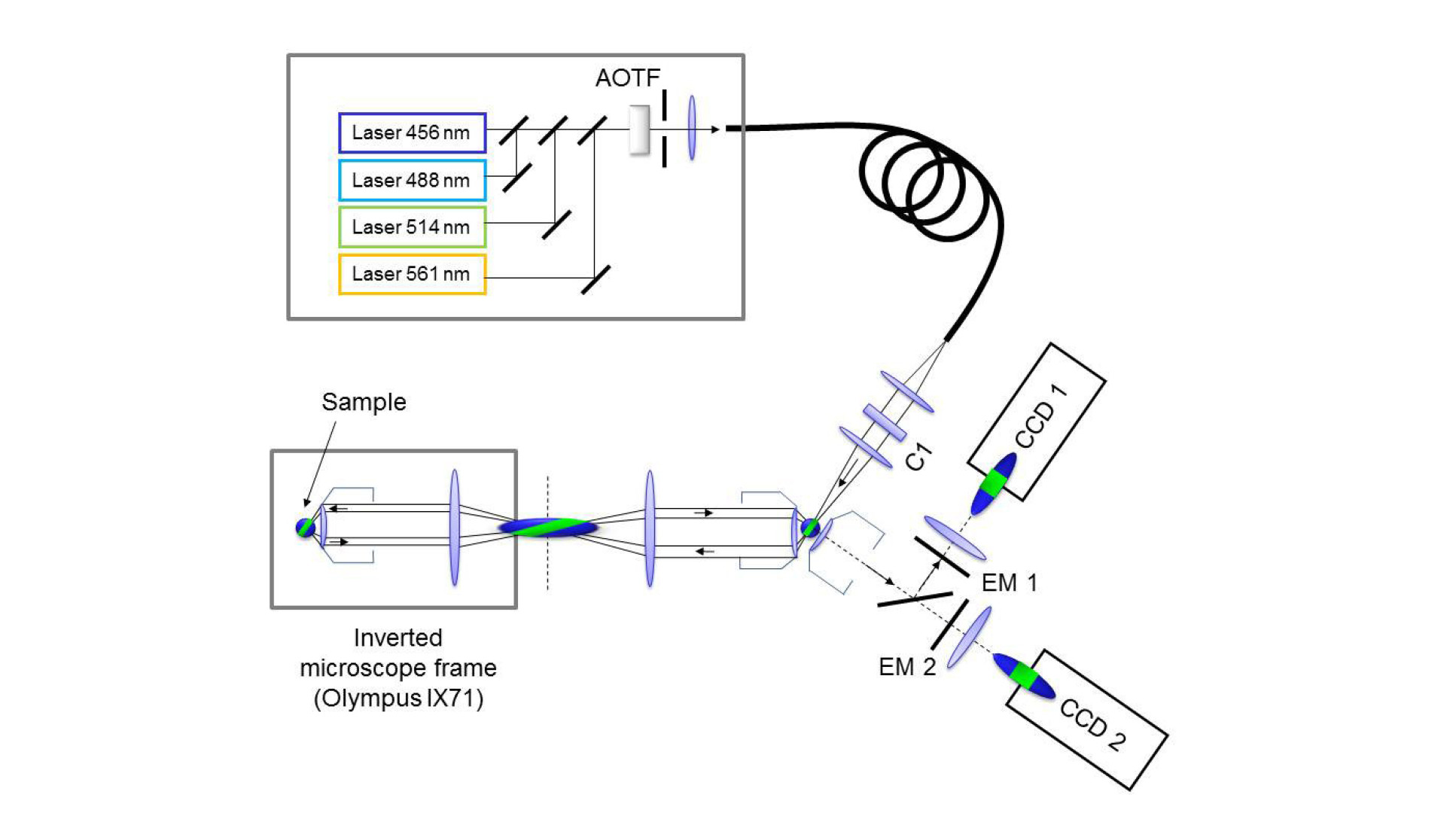 As OPM is compatible with a conventional microscope, it can be used to image conventionally mounted specimens on coverslips, tissue culture dishes or multiwell plates and, due to the light-sheet illumination, has low out-of-plane photobleaching and phototoxicity.  Since an optically sectioned image is obtained without the need for moving parts, the system is able to run at high speeds limited only by the frame rate of the camera. Detailed information on the optical system can be found in the following open access papers:

The OPM system has been used to study Ca2+ dynamics of individual cardiac myocytes loaded with the calcium probe Fluo-4, allowing the Ca2+ concentration throughout the cell volume to be monitored in 3D in real-time, see figure 2.

A video of the cell shown in figure 2 can also be seen in the movie below. This data was acquired at 30 volumes per second with 20 images per volume and 128x64 pixels per frame. The field of view covers 36x72x36 μm3. Playback of the movie is in real time, i.e. also at 30 volumes per second. Initially, you can see global changes in cell calcium caused by external electrical stimulation.

Later you can see spontaneous calcium waves. The image colour scale is adjusted about half way through the movie so that the calcium spark activity can be seen more clearly, although this then causes the colour scale to saturate during the spontaneous waves.

The OPM system was then improved through the addition of sCMOS cameras and applied to study how calcium wave origins are related to the transverse tubule structure in cardiac myocytes, see:

Also see these news articles on the Imperial News page and in Microscopy and Analysis magazine.

OPM can be extended to image 96 and 384-well plates using a stage-scanning approach that we called ssOPM and this was demonstrated for time-lapse imaging of multicellular spheroids expressing an intracellular glucose FRET biosensor:

Conventional dual-objective light-sheet microscopy benefits from the ability to rotate the specimen to acquire multiple views, each at a different angle. We recently developed an approach to acquire two orthogonal views of the specimen using a dual-view OPM (dOPM) approach: