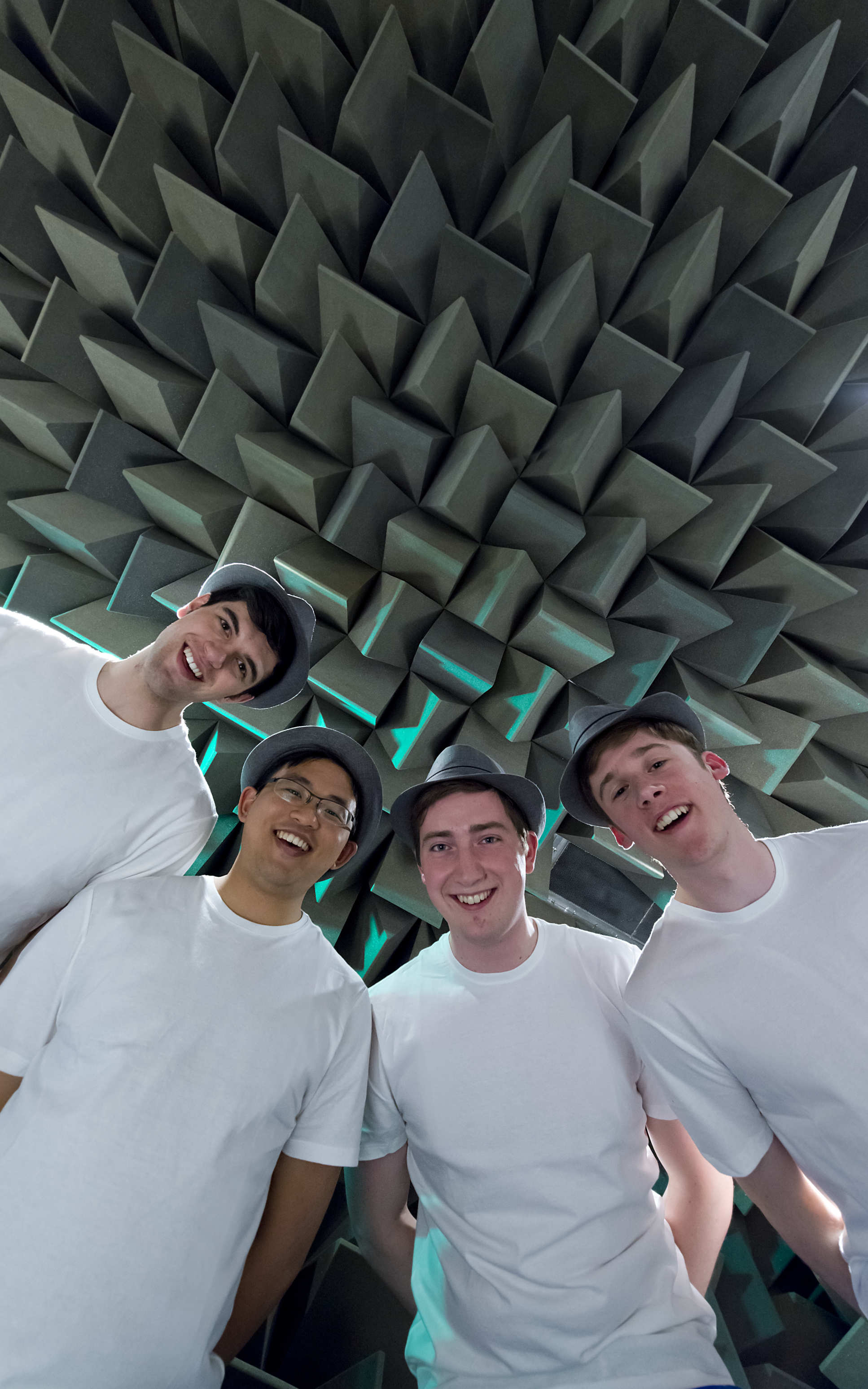 The Techtonics, Imperial’s premier a cappella group, are no strangers to improvised performances — whether busking in Portobello Road market, orchestrating ‘flash mob’ marriage proposals or jamming at parties.

But they’ve never sung anywhere quite like the anechoic chamber in the Centre for Bio-Inspired Technology — a noise free environment used for testing sensors and devices. “Now that was a really interesting experience,” says Dr Eugene Chang (PhD Bioengineering 2014) who co-founded the group in 2008. “We were doing some harmonies, but it was impossible to hear the person in front of you, because if the sound wave isn’t moving in your direction it just gets stopped dead at those grooved surfaces.”

A cappella in its most basic form involves singing without instrumental accompaniment – although many groups use their voices to emulate instruments and percussion.

The Techtonics — whose name is a three-way play on technology, plate tectonics and the tonic musical key — have garnered a reputation on the circuit for adventurous, experimental arrangements. “Imperial has a very wide range of people who like a diverse range of sounds,” says Eugene. “That’s helped to forge our unique identity and also draw in new members who are dynamic and interested in trying new things.”  With their debut album Groundbreaker behind them, the group is now taking its sound to the spiritual home of college a cappella with a tour of the US East Coast, this summer.

All you need is love

Listen to the Techtonics album.