Careering ahead: The cutting edge 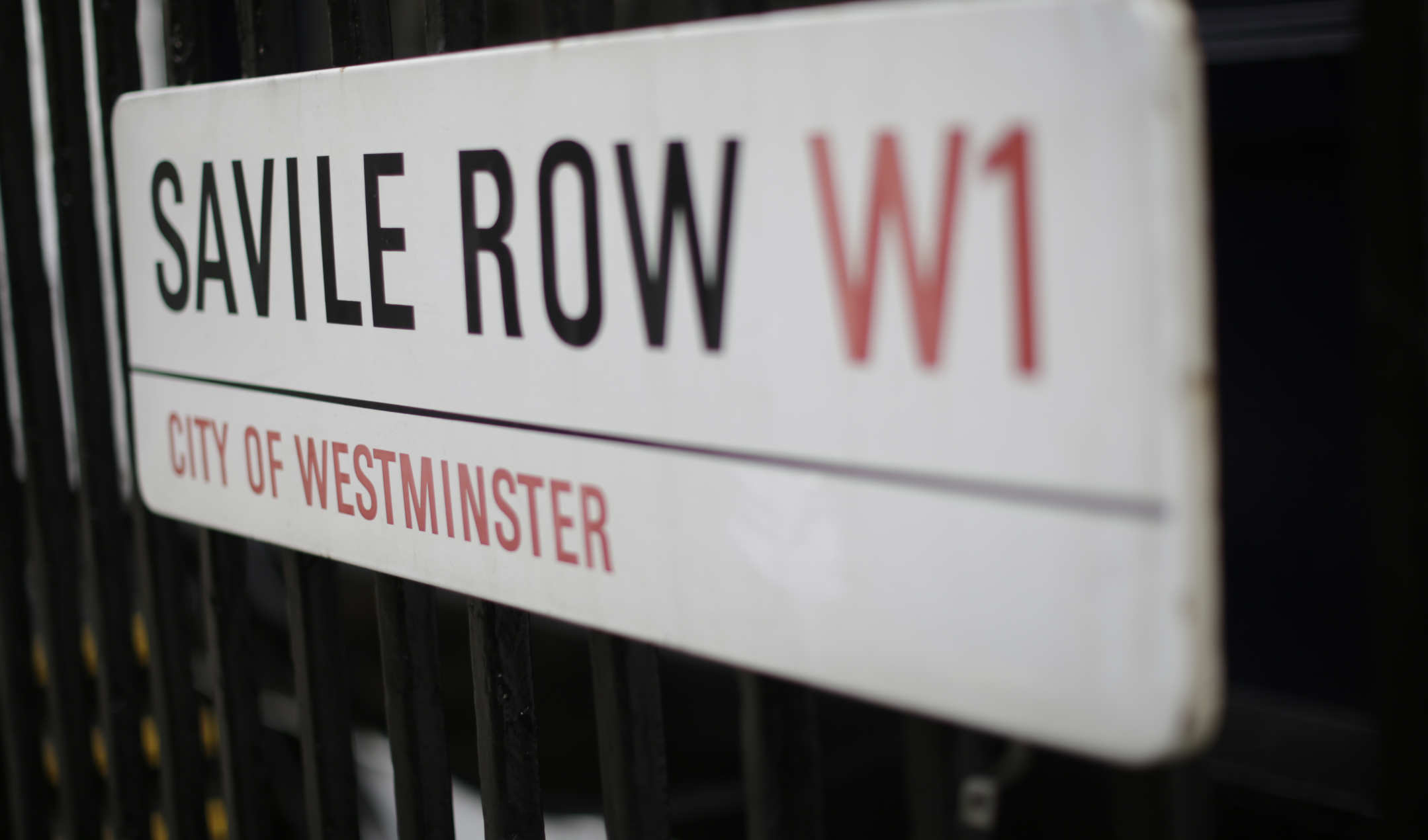 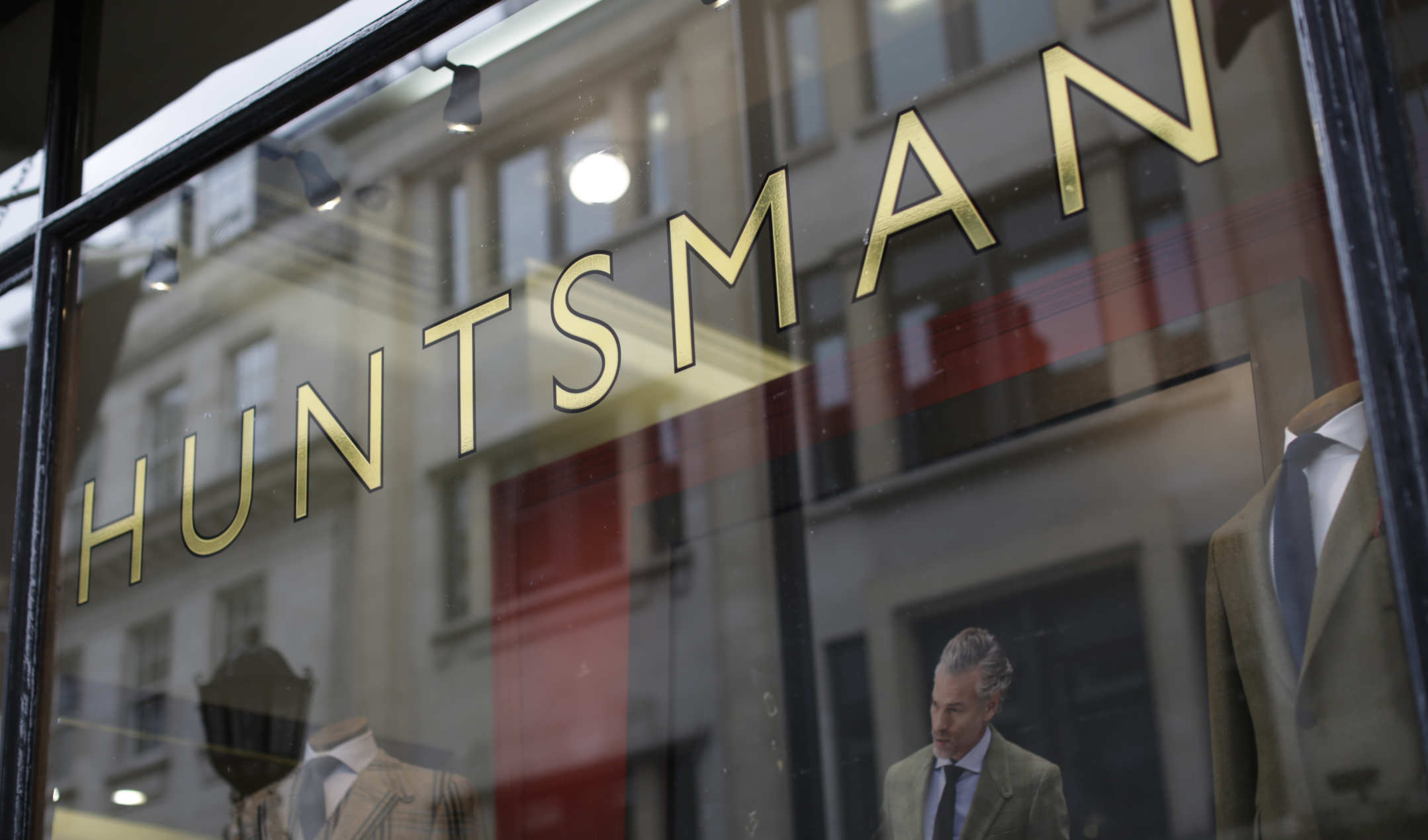 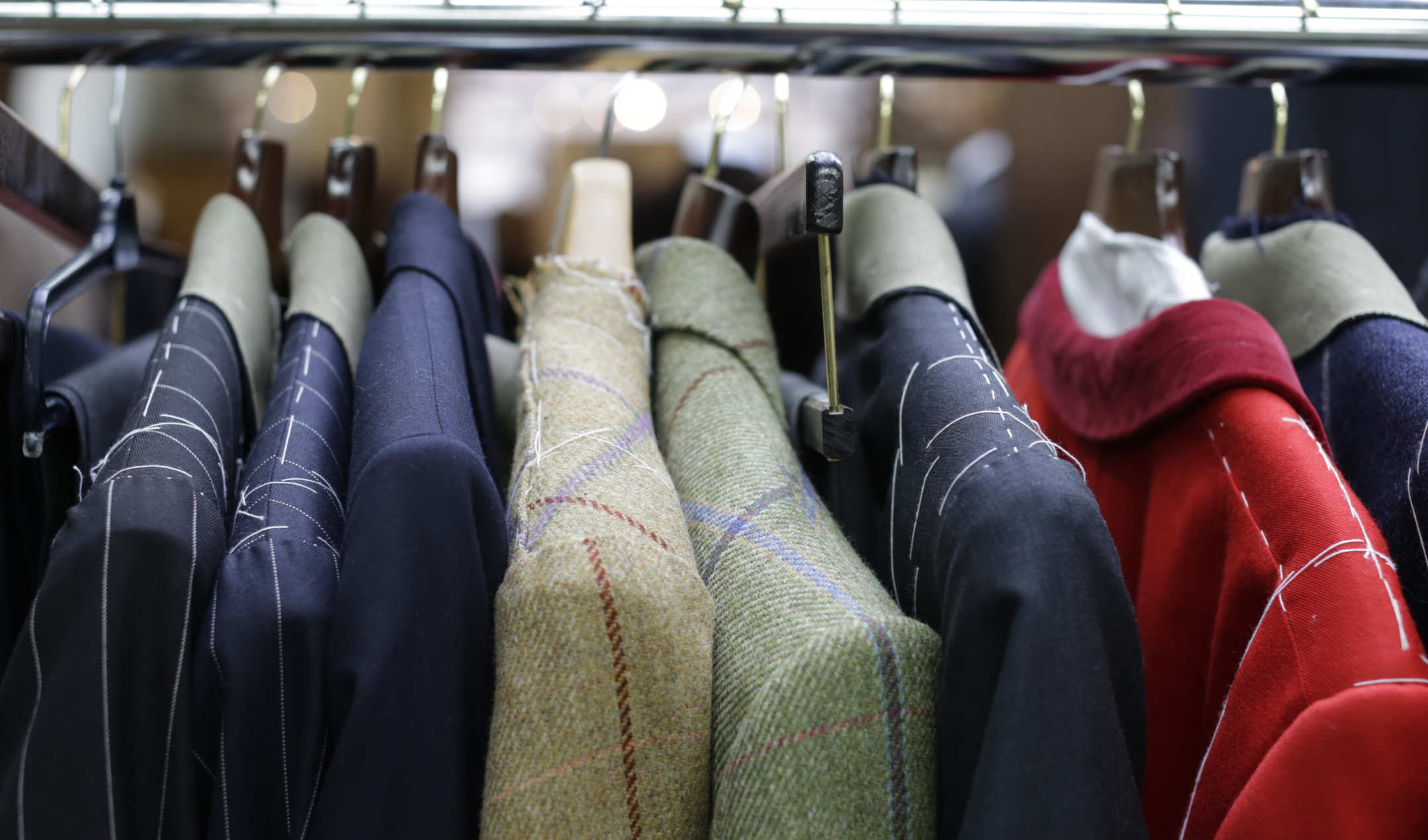 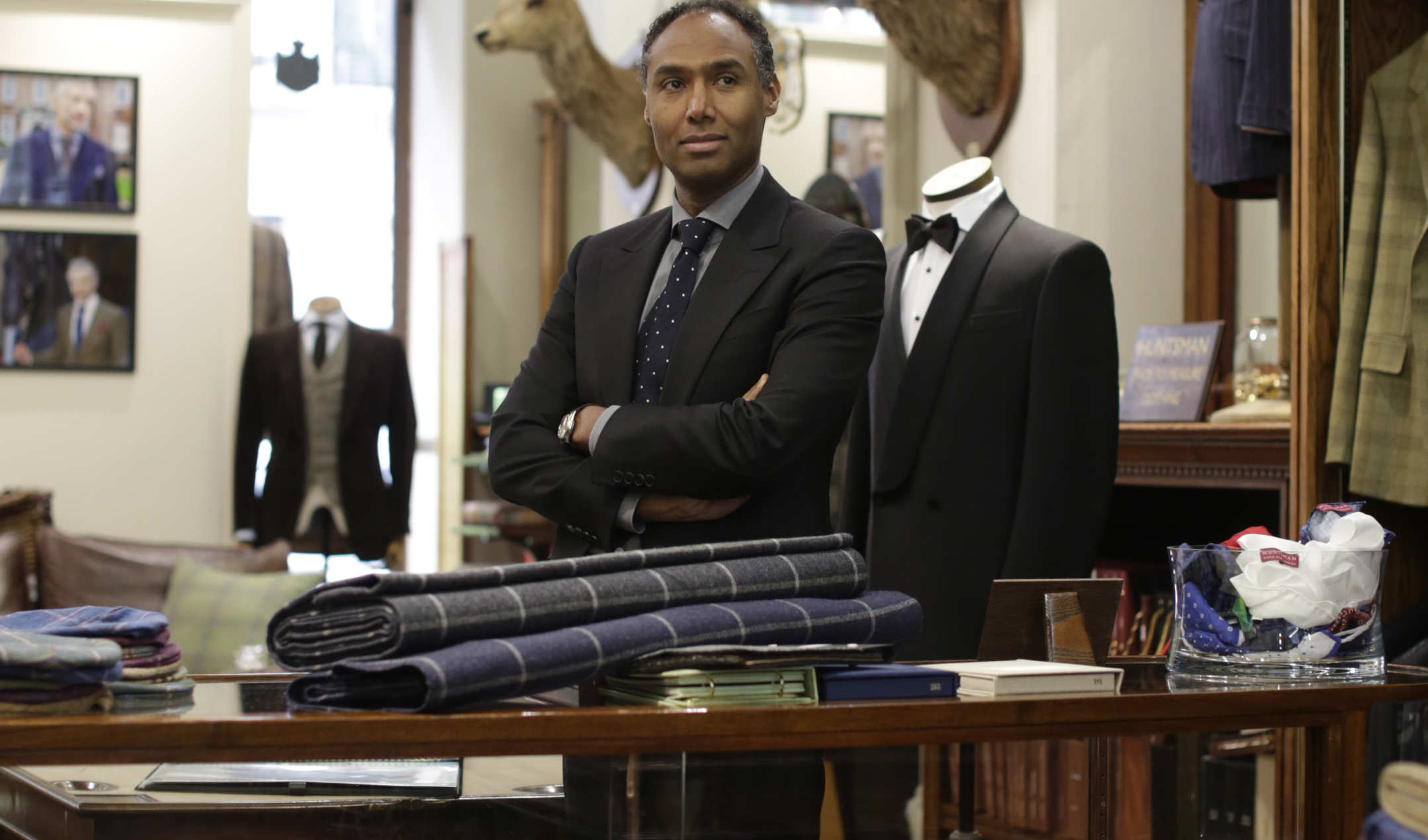 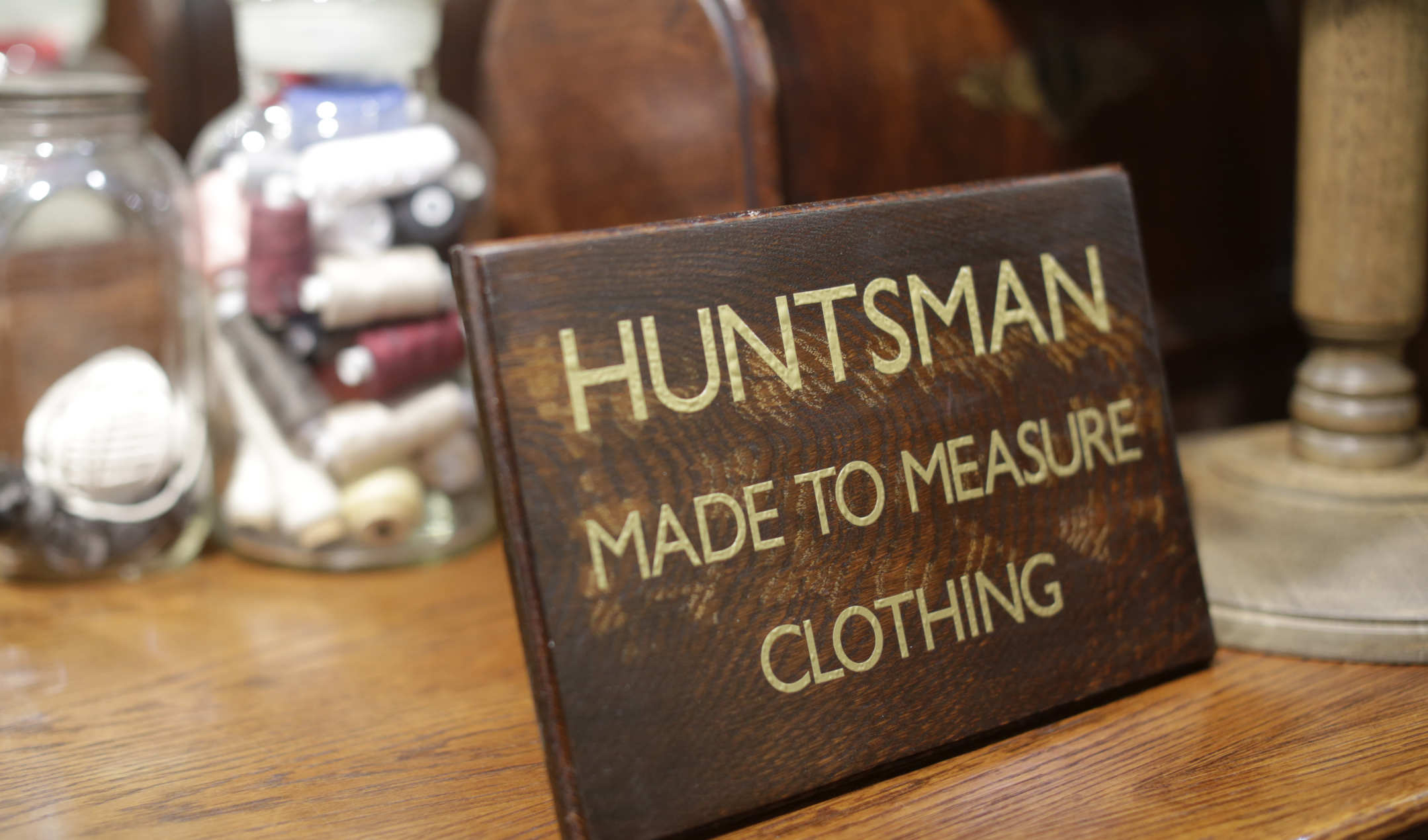 Huntsman made to measure clothing 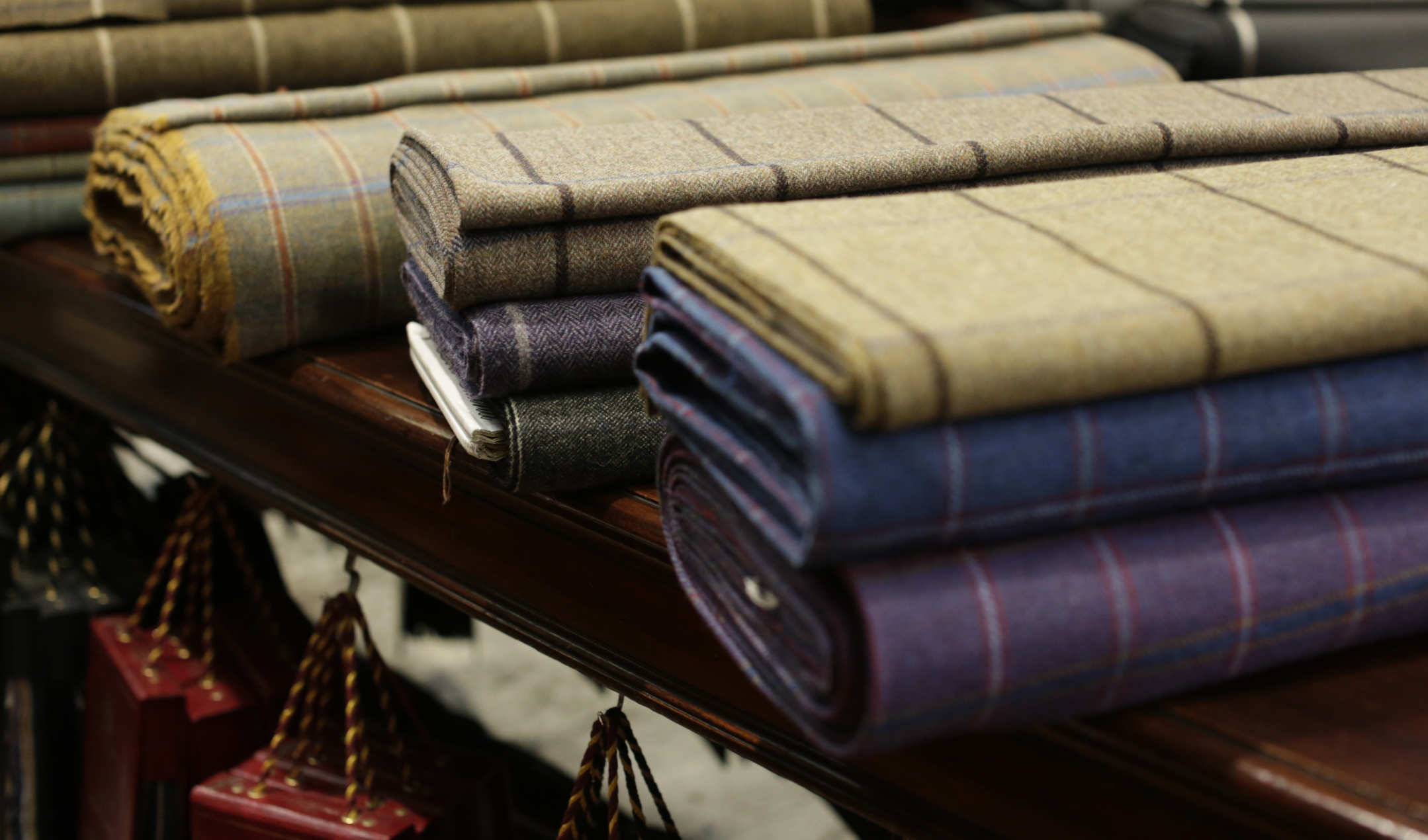 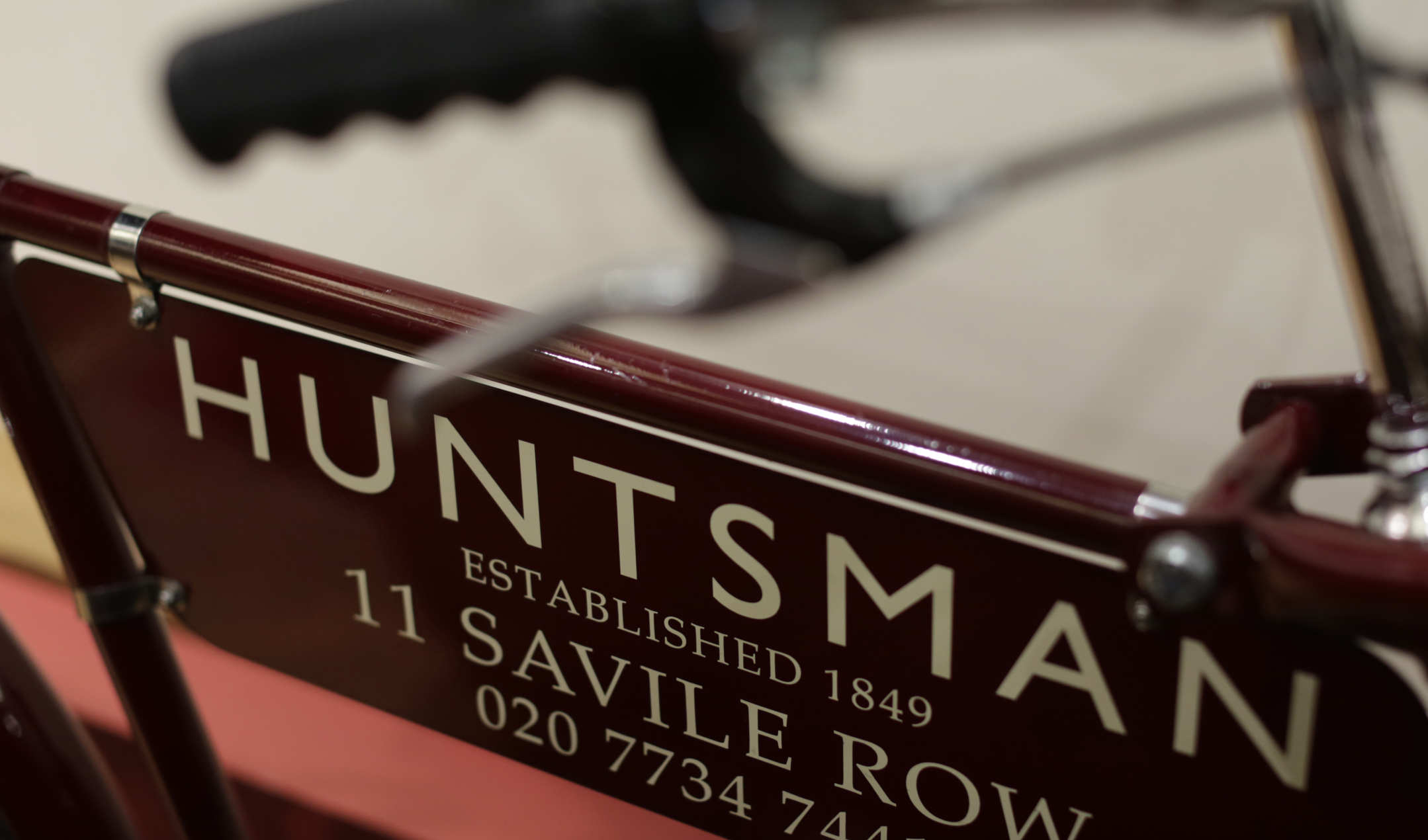 A bicycle celebrates Huntsman's establishment in 1849 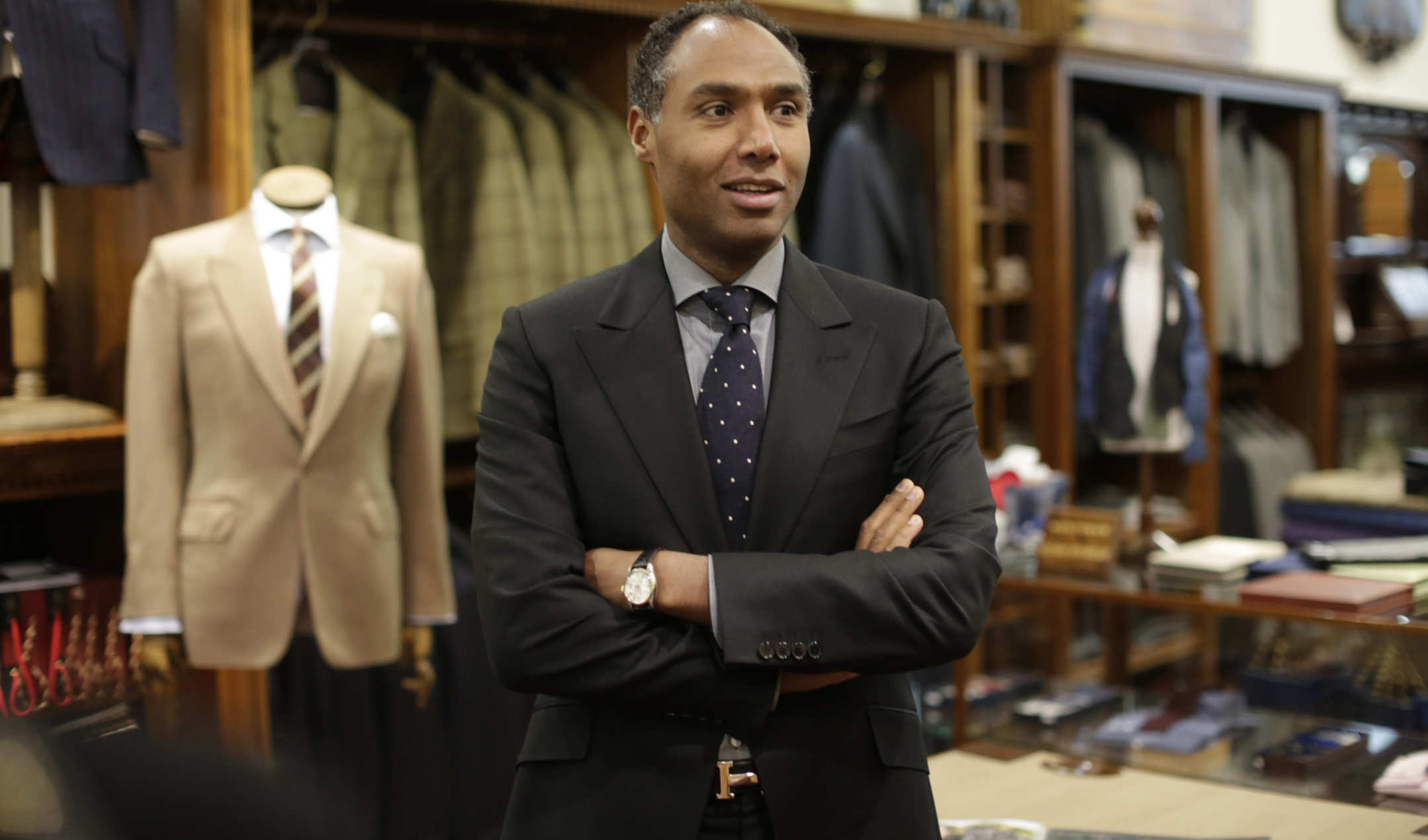 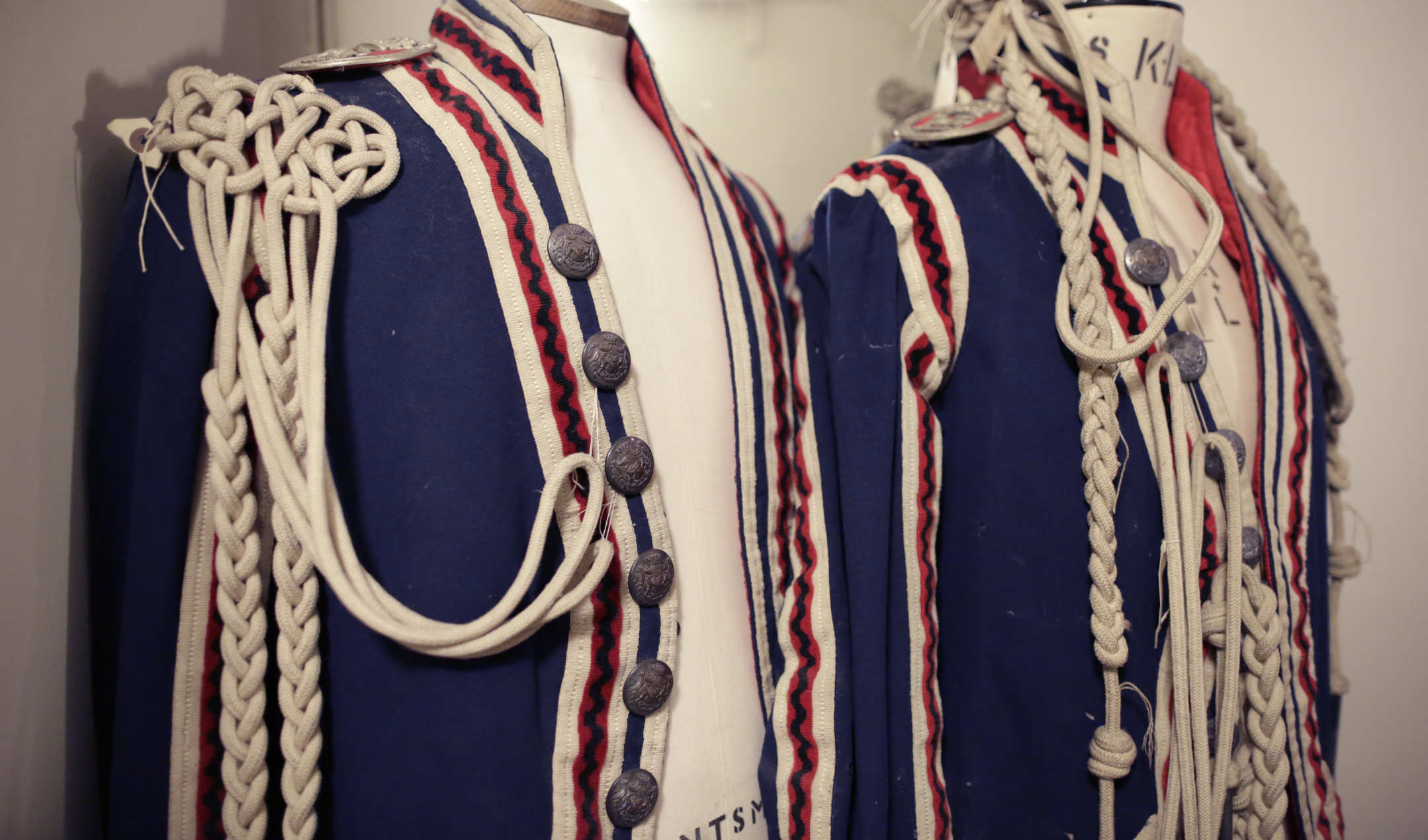 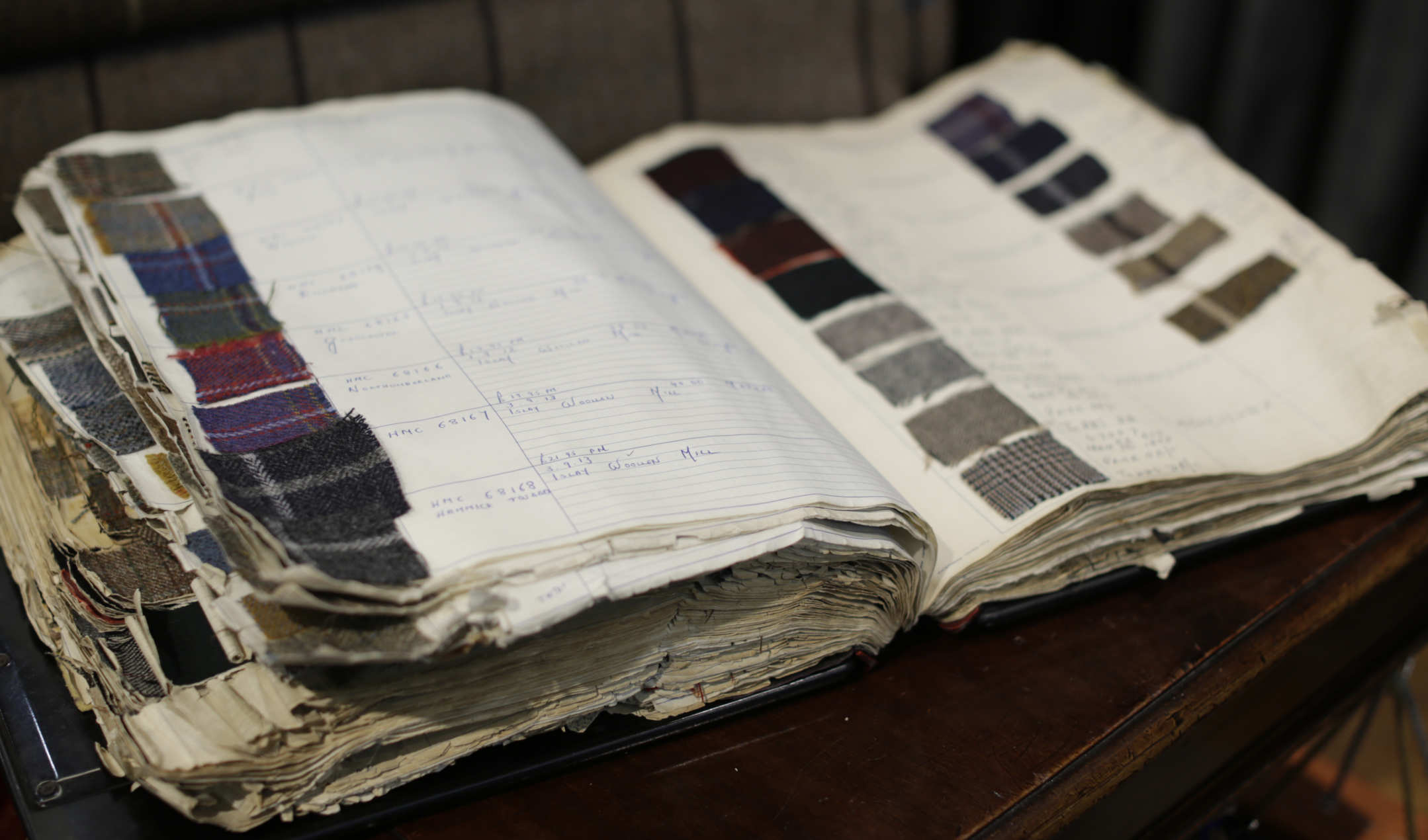 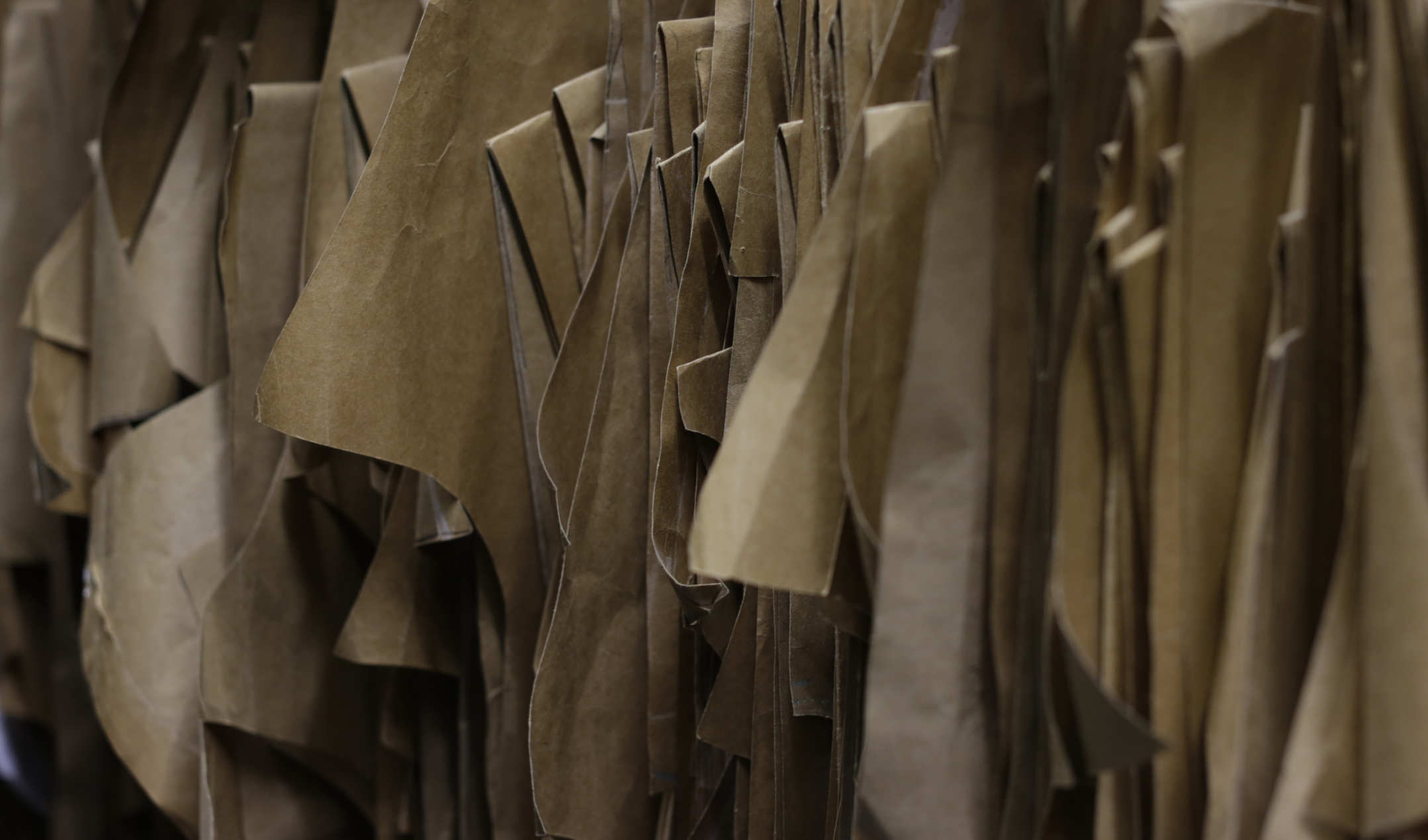 Archived patterns from 164 years of tailoring. L'Roubi plans to digitalise the patterns safeguard them 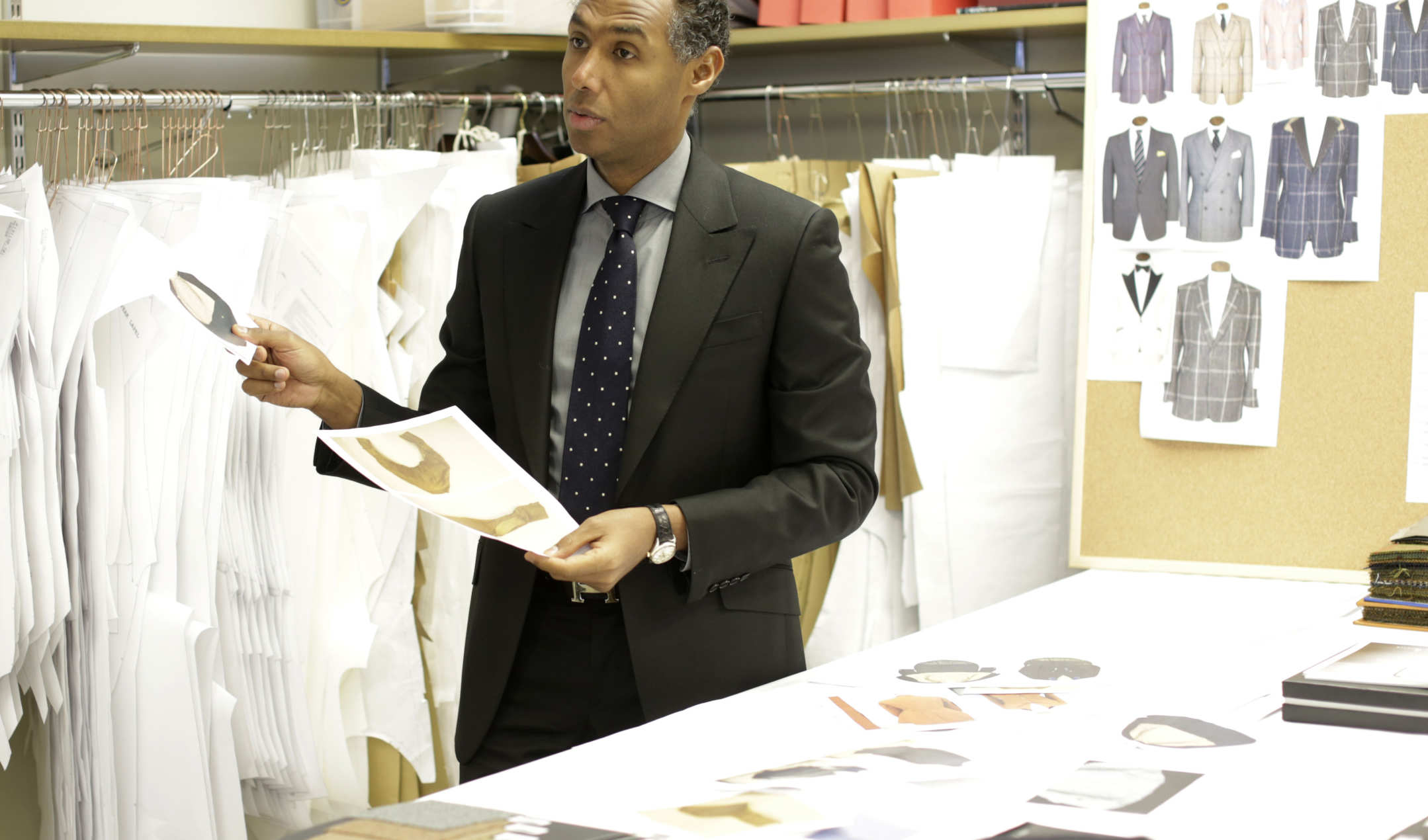 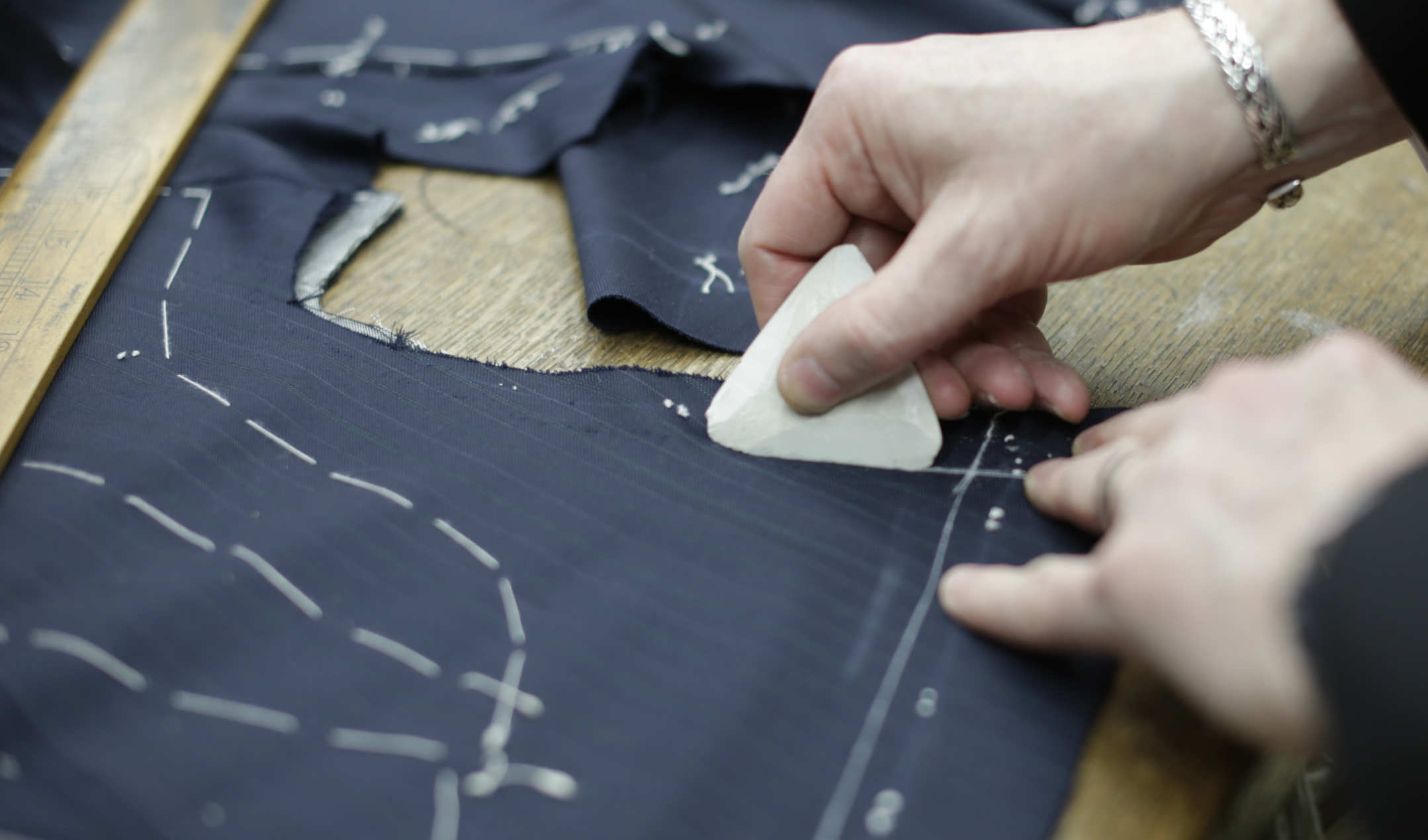 The human touch is irreplaceable at Huntsman. Patterns are first made by hand and then modelled computationally 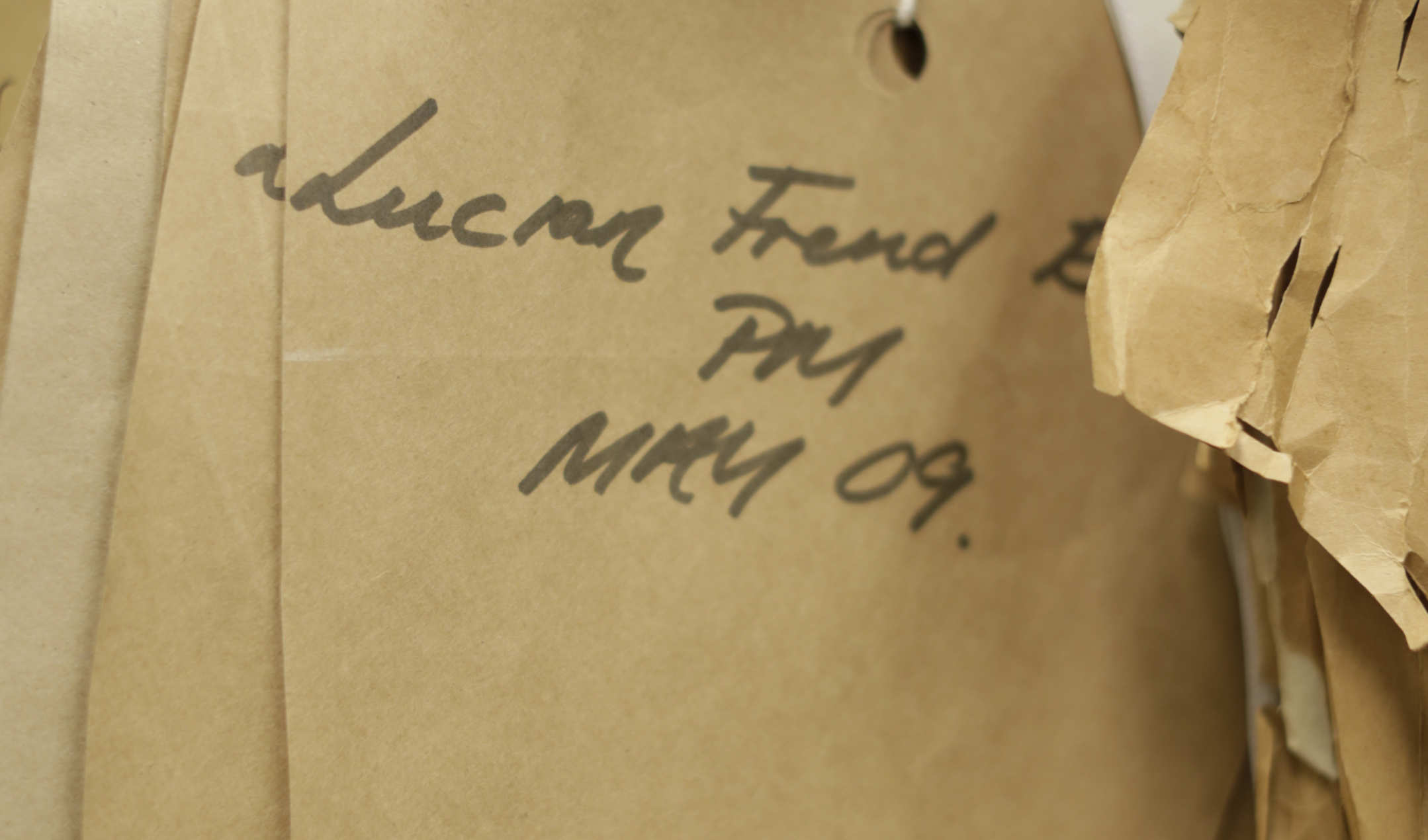 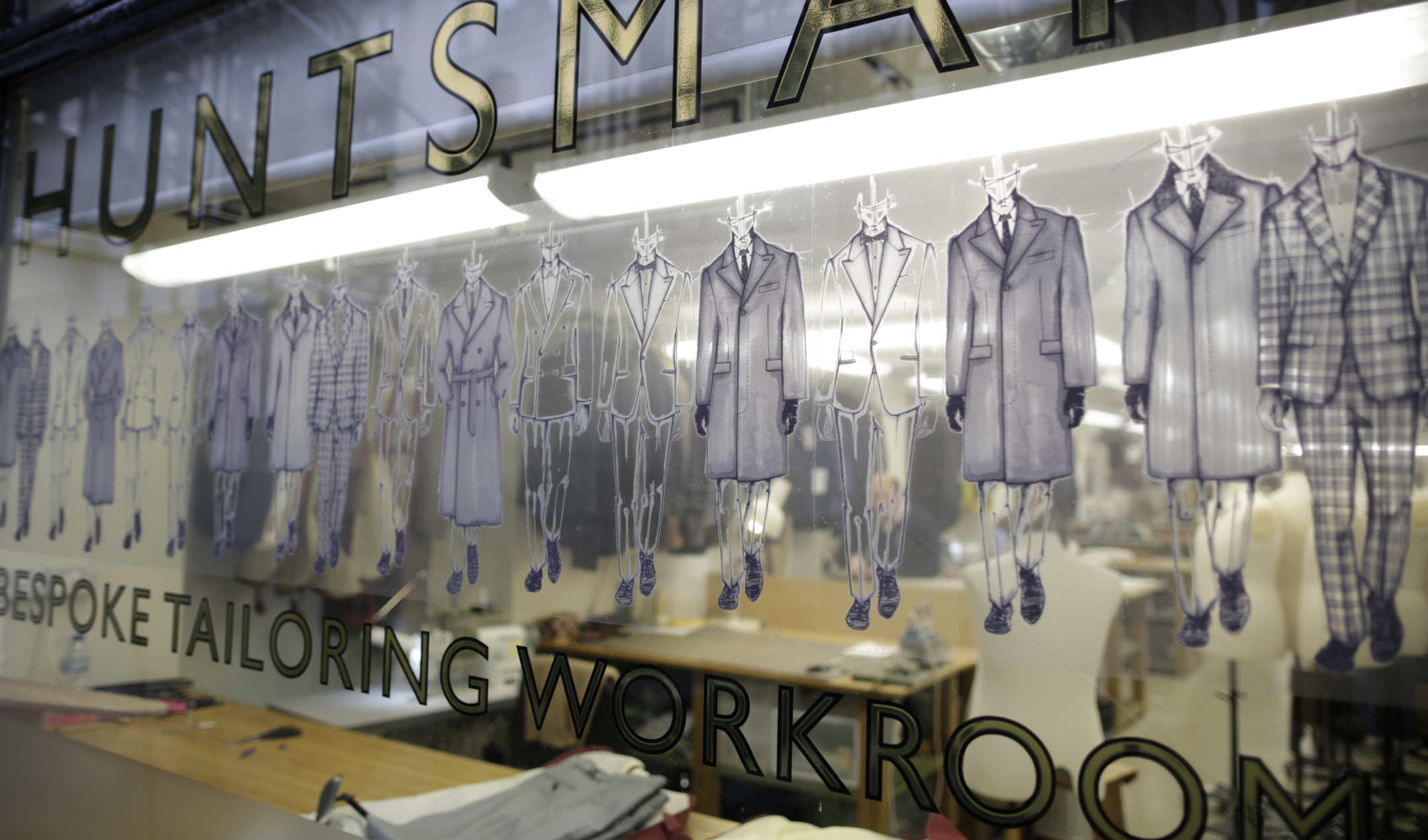 As bespoke tailor to the glitterati, Roubi L’Roubi (Mechanical Engineering 1992) draws on lessons from Imperial to stay ahead of the curve

Imperial: When did you become interested in design and how did you get to where you are now?
Roubi L’Roubi: I’ve always had an appreciation for form, colour and design in general. But I was certainly inspired by my personal tutor at Imperial, Dr Paul Ewing – who ran an industrial design course with the Royal College of Art. He was quite a sharp dresser himself; always in a bow tie. From Imperial I went straight on to manage a lighting company that sold 20th century design classics, from Le Corbusier to Georg Jensen, then onto managing Joseph Ettedgui’s couture houses in South Kensington and Sloane Street – where I caught the fashion bug. Then there was a point at which I thought: ‘OK, I really appreciate design, so why not become a designer?’ I went into partnership with designer Tomasz Starzewski on Sloane Street and there I learnt my trade on the cutting table – on the job, so to speak.

Imperial: Queen Victoria, Winston Churchill and Clark Gable are among the luminaries to have worn Huntsman over the years. Where are you going with the brand now?
L’Roubi: We’re taking product development to another level. When I arrived, it was completely manual and the tailors would cut patterns for each individual client. Now, we’re using computer aided design – the only company doing this on Savile Row. Still, you can’t replace the human touch: we first make the patterns by hand then model them computationally to ensure they will work as a three-dimensional piece. It’s actually more creative because the traditions set limitations and parameters on the final design. I’m also working on a system to automate the client scheduling process – at any one time we might have 500 suits in progress. It’s actually a direct application of my final year project at Imperial on production control management.

Imperial: What’s your relationship with your clients like?
L’Roubi: I always compare it to being a private doctor – sometimes I just get a little too much personal information! In certain cases people are extremely confident but you realise when you start dressing them that it’s just a façade. You do develop friendships and contacts for life, and that’s lovely.

Imperial: Any high profile clients you can talk about?
L’Roubi: Not current clients, no. But I did dress Margaret Thatcher when she was going to the Reagan memorial – the last time she had a suit made. My sister pointed out that apart from her husband, no one had seen Thatcher like I had.

Imperial: Any projects aside from running the business?
L’Roubi: I recently designed the wardrobe for a film on the life of Nina Simone. I spent a long time researching and I had to study five decades, going from the freedom movement in the US up to the 1980s. It was incredible to see how clothes were worn to communicate different things – political views, civil rights, or music. Every decade had its way of dressing that reflected the challenges or the dynamics of the society at that time.

Imperial: What are the style hallmarks of this era?
L’Roubi: It’s quite neutral and aust ere, perhaps reflecting the challenging times we’re in. If you look at the world leaders, the most popular suit today is the same navy blue single breasted suit – what I call a ‘Prime Minister suit’. It’s almost that people don’t want to distinguish themselves; they want to be neutral, sober, less flamboyant.

Imperial: What’s the hardest part of your job?
L’Roubi: Managing clients’ expectations. Fabrics naturally hang and move – they are materials. When you move, it moves and creases and crumples; it’s a garment and that’s how it behaves. I always say ‘it’s not a building, it’s not a structure, it’s fluid’, but communicating that can be a challenge.