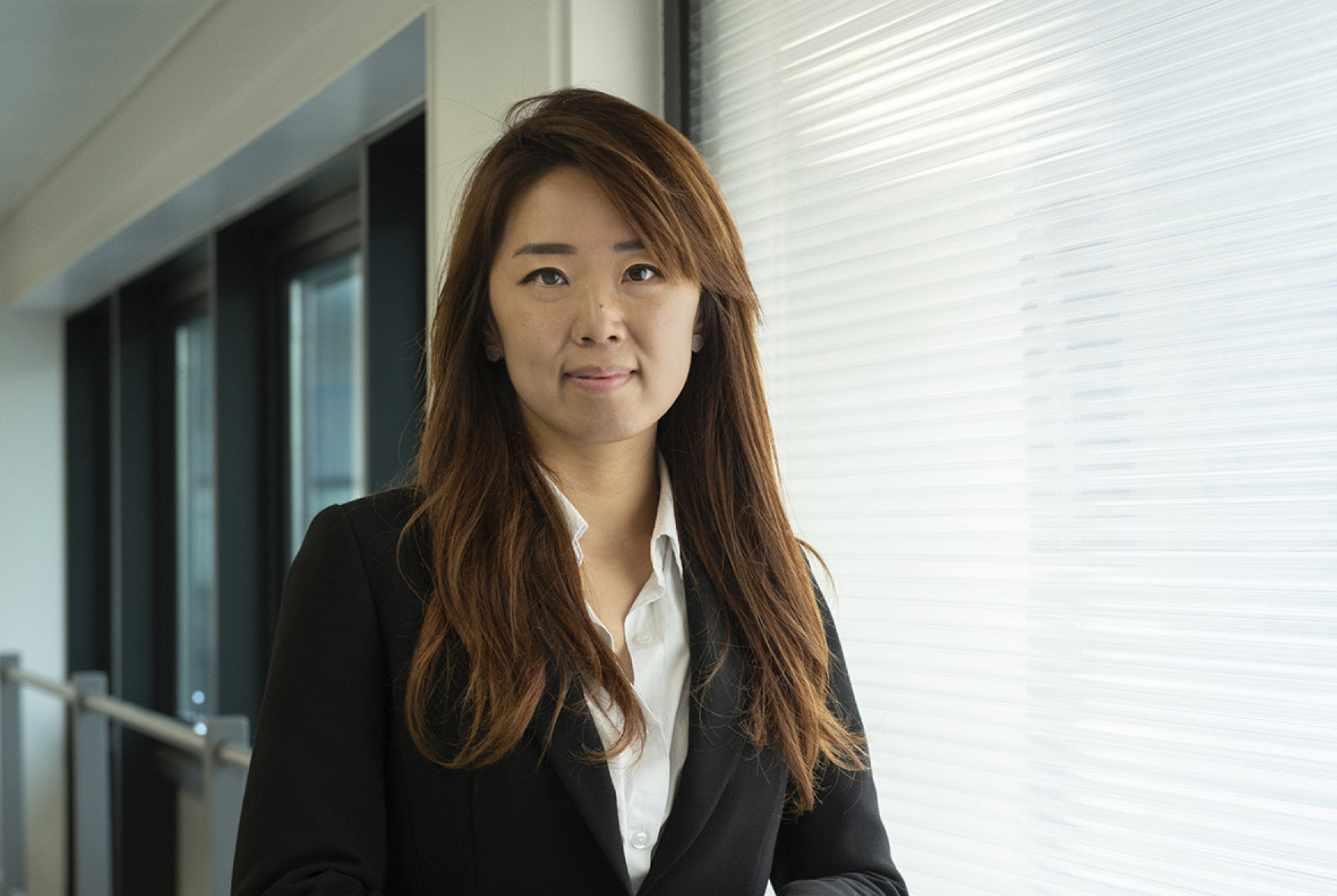 From that moment, I thought all I want to do is bring smiles back to people with Parkinson’s"

Back in 2014, I was doing an Innovation Design Engineering Master’s (jointly run by Imperial and the Royal College of Art). I was working on a med-tech project and met a gentleman with Parkinson’s. He explained that he was very happy to meet us, but he always looked angry, as the condition had made his face too stiff to smile. From that moment, I thought, “Bringing smiles back to
people with Parkinson’s is what I want to do.”

We talked to a lot of people with Parkinson’s to find out what helped them in their daily lives, and many mentioned vibration. So, we designed and created a vibrating pen. But before I could do anything more on the project, I was diagnosed with a brain tumour. It turned out that I was allergic to the medication used to treat it, so I had to have surgery and take time off. Meanwhile, our pen project went viral – it was reported on around the world. Suddenly, I was being inundated with messages from people with Parkinson’s. I had to tell them that, unfortunately, it was just a project. I did hope that a medical device company would offer to pick it up, but that didn’t happen! So when I was in the hospital, my co-founder, Floyd Pierres, andI promised ourselves that if I ever got out, we would do everything we could to take the idea forward.

I did recover, and we started again from scratch. We reached out and talked to as many people with Parkinson’s as we could find. We approached Imperial experts who generously shared their knowledge, and buried ourselves in all the available literature. I was fascinated to discover that Jean-Martin Charcot, known as the father of neurology, had already realised the benefits of vibration back in the 19th century. Hence the name of our company: Charco Neurotech.

Combining all our research and user testing, we developed the CUE1. It’s a small, non-invasive device worn on the body to administer specialised vibratory stimulation, which relieves the movement symptoms of Parkinson’s. It can also be used in conjunction with our app to set medication alerts, customise the stimulation, and track your symptoms through games.

We’ve had incredible support from Imperial. The project started there, after which we connected with the Enterprise Lab, where we found out about the Imperial White City Innovators Programme, which taught me how to run a startup. It was also there that we met Govind Pindoria, Executive Director of Imperial College Innovations, who has been a fantastic mentor to us – he is now one of our directors. The Imperial-led MedTech SuperConnector and Innovation RCA gave us pre-seed money. We had mentorship from the Imperial Venture Mentoring Service, and we were the first investment from the Imperial College Innovation Fund.

Right now, it’s a very exciting time as we are now closing our next round
of funding and are currently preparing for mass production. We have 5,000 people on the waiting list in preparation for a feasibility study in multiple sites, and a big clinical trial. It’s been an incredible journey so far. And Imperial has always been there – in fact, we feel like we are still there.