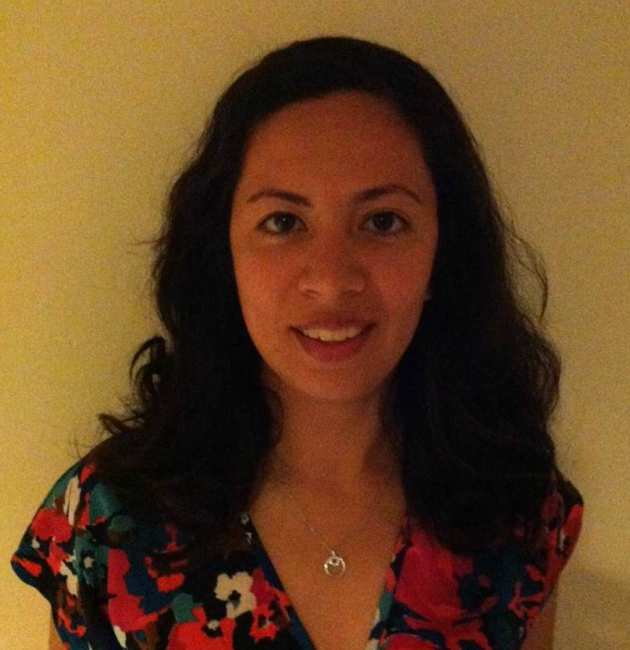 Chantel is currently a Structural Engineer at the consultancy firm AMEC. >Between 2010-2012, I was the Coordinator of AMEC’s London Focus Group (LFG), whose aim is to help AMEC in the community as well as raise money for strategic charities through various social events.

As coordinator of the group, I was very involved in organising as well as creating community projects for the company. One of my aims was to help run initiatives that allowed staff at AMEC to provide benefits to local school children and to our surrounding environment. These initiatives included work with a local sixth form college, BSix Brooke House and helped students reach higher education, and ultimately to promote engineering within the younger generations. I coordinated the running of a work experience programme as well as ‘Greenpower Race’ program, which is affiliated with the Institute of Mechanical Engineers. Myself and many engineers within AMEC committed their time to helping the students with the project, and provided technical engineering support to the school.

I have also been hosting the 3rd year design projects with the Imperial College Civil and Environmental Engineering department since 2011. The project lasted five weeks and utilised our company’s vast expertise in a bid to inspire and educate students. Imperial College have subsequently rated this project amongst the best they have ever had.

I also successfully set up the Double Club at St Luke’s Primary School with Arsenal football club. AMEC has been running this club since October 2011 which fuses football and education together to form a fun and enjoyable way for young people to engage with their academic studies.

To top things off, in June 2012, I was very happy to receive a London Education Partnership Award for these initiatives on behalf of AMEC.

I graduated from Imperial College in 2008 having spent my final year in Paris at the Ecole National des Ponts et Chaussee. Following my final year project, I was offered a job at IOSIS Industry (now called Egis) in Paris, where I worked for a year and a half as a structural engineer on a wide range of projects in the Nuclear department including the Comhurex project, a uranium stocking plant.

I then began working for AMEC in September 2009, on the Clair Ridge Project and have been integrated into the Topside Structural Design Team.

Whilst on the Clair Ridge project, I have worked in a number of different areas including the verification and quality assurance of one of the Finite Element computer programs that we use on the project. As well as the verification of these engineering tools, I have also been able to create new ones to facilitate the design of certain parts of the project and improve the team’s productivity. My main task has been the primary steel structural design and Finite Element analysis of the Generator Module for conditions such as transportation, lift, loadout and operating. The Generator module is one of the 5 Topside modules to be designed by AMEC.

What has been the most rewarding project you have worked on and why?

To date, my most rewarding work has been on the Clair Ridge project. The Clair Ridge project involves design, construction and installation of a platform consisting of two jackets connected by a bridge with drilling and production facilities on one jacket and utilities and quarters on the second. The project is valued at £4.5billion and currently has over 800 people working on its design. It will be the largest offshore facility in the North Sea.

As the project reached the end of the Front End Engineering Design (FEED) stage and entered into the next (Detailed design), I was given the opportunity to lead a team of 6 engineers as well as a number of designers in order to create a complete steel design of the Power Generator module. The entire module weighs just under 5000 tonnes of which 2400 tonnes will be steel work design by my team. I am in charge of effectively managing my team in order to deliver the design of the module as part of the whole platform design. As the project works as one big team, this means interfacing with all disciplines every day, from mechanical package managers to instrument engineers. This design stage is also providing me with ample opportunity to learn how to manage changes on the project. The increased responsibility has been challenging, yet enjoyable, as I build up my technical and project management skills. The scale and complexity of the project has and continues to be a challenge as we try and finalise the drawings ready for construction at the end of 2012. This has been a steep learning curve and has accelerated my career progression in my field.

My degree has been the foundation stone on which I have built my career, it has given me the necessary tools and confidence in my abilities in order to perform well in my job. I also found the experience on my year abroad extremely valuable as it gave me an insight into different working cultures and also allowed me to improve my foreign language skills. Not only this, but the year abroad also helped me build contacts which helped me land my first job.

Even though it may not be the first thing to crop into many civil engineering student’s minds, I strongly recommend exploring the work available in the energy sector. The industry is in dire need of new engineering talent as there is a huge skills gap that needs to be filled (due to a rapidly aging work force) and the work is interesting and varied.