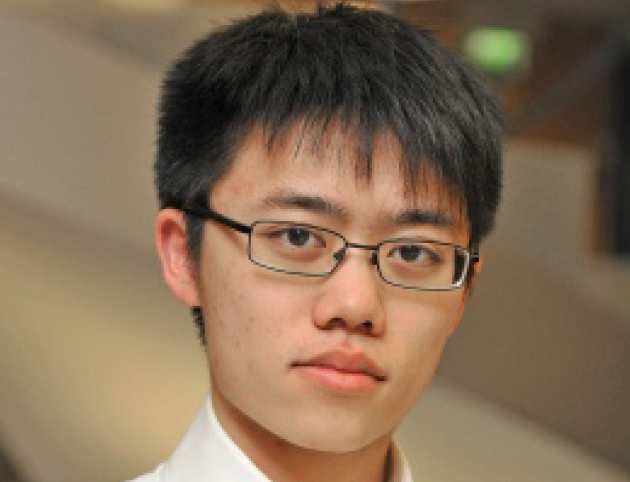 Yin Shan graduated from our undergraduate degree in Civil and Environmental Engineering (MEng) in 2012. He began his degree at Imperial in 2008. He received a Happold Trust scholarship in 2011 and was invited to intern at Buro Happold’s Berlin office over the summer. After graduation he joined Arup as an engineer. Yin Shan’s final year research was with the Structural Biomechanics group. Under Dr Andrew Phillips he investigated fracture patterns in the human thigh bone affected by osteoporosis using finite elements. He submitted a paper on his work to the Institute of Civil Engineers Graduates & Students Papers Competition in early 2014 and won the London regional heat. In May 2014, Yin Shan returned to College when he formed a client team to challenge Civil Engineering students for the Third Year Group Design Project with a building designed to get them thinking like multidisciplinary engineers.

I joined the Advanced Technology and Research group at Arup in London after graduation. We tackle complex problems from a combination of first principles work and advanced computational analysis. Our work comes half from specialist support on internal projects, and half directly from external clients.

My work so far has mainly been in structural engineering. Half my time has been spent on finite element analysis for dynamic blast, seismic and impact analyses in a variety of environments. I have also had the chance to work on large building projects, such as an airport and a university. I’ve also done a significant amount of work concerning structural vibration measurement and isolation on both new builds and refurbishments. Near the start of my time at Arup, I was involved with the Existing Buildings team investigating concrete frame buildings in the UK. Perhaps the highest profile work I’ve done to date is on the Environmental Statement for High Speed 2. I contributed to a high level climate change risk and resilience assessment and associated report, which can be seen on the official website.

What has been your most rewarding project you have worked on and why?

I think there are two projects. The first is a new university for which Arup is providing multidisciplinary design services. The building has a set of laboratories which have very rigorous vibration requirements. I was brought onto the team to address the vibration analysis, and later the structural optimisation of the roof. I sat within the Structural Engineering team, which consisted of 10 colleagues with a wide variety of experience. It was highly stimulating to tap into the wealth of different viewpoints and get five different opinions whenever I had a technical issue!

The second project was a structural remediation project for a public housing estate. I was able to follow the project in its entirety, conducting the initial visual inspection of the buildings, talking to the client (which was the borough council) and writing an intrusive investigation specification to help us identify the cause of the observed defects. We also had to field questions from residents along the lines of: “Is the building going to fall down?” Eventually I was able to help specify the remedial measures and weigh up the differences between different manufacturers’ systems and select the most appropriate. Passing by the estate a couple of months later, I saw the scaffolding had gone up and the repairs were beginning, which was very satisfying knowing I had specified a lasting solution.

Aside from technical knowledge, the MEng degree has given me tools to learn new skills and the determination to do so. Through the group projects, I learned how people work and what holds a team together. I was fortunate to be supported with my study of foreign languages at Imperial as well. It’s given me great experiences and insight into other cultures. .

Don’t be afraid of technical difficulty – go out of your comfort zone and do work that interests you. The experience will stay with you and be a source of great conversation and insight in the future.