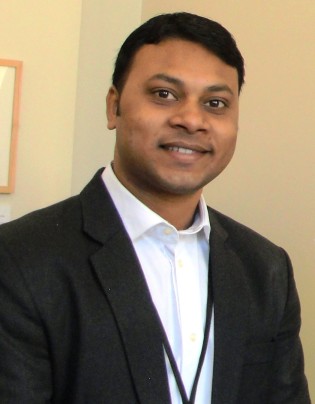 Prakash graduated from the MSc Transport and Business Management programme in 2015.  He is currently working with RITES Ltd (a Government of India Company) as Deputy General Manager.

Prakash was awarded a prestigious British Chevening Scholarship in order to study for the MSc programme, which is jointly run with UCL, and feels that it was this experience, along with the excellent reputation of having studied at Imperial, which has helped him forge a solid career in the field of Transportation Engineering.

After graduating from the MSc programme, Prakash was appointed as Deputy Country Manager (India) for Ardanuy Ingenieria, S.A, and during his time in this post, worked on and handled multiple engineering projects in the Rail Sector, some of which were worth more than 100 million pounds.

Furthermore, due to the global exposure that Prakash gained from his studies in the UK he was able to form associations with foreign companies for Asian Development Bank funded projects in South East Asia.

Prakash is currently based in Mauritius, working on the Mauritius Metro Light Rail Project. and has been invited by the British High Commission to many important events and occasions in his capacity as a prominent Chevening Scholar, and alumnus of Imperial. He has also been actively involved in the Chevening Application screening and evaluation process for 2017.