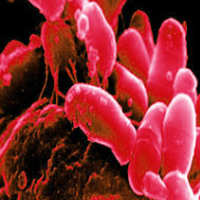 Inflammation is a basic response of the host to injury. In the gut many pro-inflammatory compounds are produced by the gut microbiota and these organisms as thus involved in promoting inflammation. On the other hand they can also produce metabolites which reduce inflammation and can thus be beneficial to the host. So an individual’s inflammatory status depends on what microbial composition a person has inherited and been colonized with and how this interacts with their diet.

The liver-gut microbiome link is currently a very understudied area.  Furthermore, any disturbances in the gut microbiome will directly affect this link via changes in the metabolites and proteins which are being transported to liver. Since inflammation in the liver is driven, in part, by bacterial products and the type of bacterial products being made can be affected by diet, there is a clear link between obese individuals whose diets are altered and liver inflammation.

Obese individuals generally have high fat, high sugar and low complex carbohydrate diets, which drives the gut microbiota away from a lean microbiota and thus results in a system which drives inflammation.  It is also known that high fat diets can also promote a ‘leaky’ guts which allow bacteria or parts of bacteria to cross from the intestine into the postal vein.  This vein serves as a “superhighway” from the intestine to the liver, carrying the wide variety of bacterial molecules and in some instances bacteria, with which the liver has to cope.  Bacterial products would normally be filtered out by cells which line the blood vessels in the liver called Kupffer cells. However, when there is an excess of bacterial products in the blood coming from the gut to the liver the Kupffer cells induce an inflammatory response which can lead to liver diseases such as NAFLD, NASH, fibrosis and cirrohsis.

So we are interested in testing the hypothesis that “In obese subjects, their diet modifies the gut microbiome, which results in a higher load of inflammatory products being transported to liver and increasing their risk of liver disease.”