Scientific mobility must be protected after Brexit: Economist letter In a letter published in the Economist, Professor Gast said: 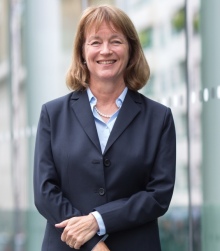 “If Britain is heading for a "hard Brexit", the Prime Minister should push her "global Britain" agenda equally hard ("The road to Brexit", October 8th).

“In fields like science Britain is a world leader dependent on global connections. In a Europe where movement is less free there is an urgent need to develop policies that will protect this precious status.

"One solution would be explicitly to link scientific mobility with research funding. Any participant in EU-funded research projects would automatically receive a visa for free movement between Britain and the EU.

“This would disentangle science from the wider immigration debate and allow researchers to focus on what they do best.”

The letter follows a Wall Street Journal op-ed by President Gast arguing for an expansion and improvement in graduate entrepreneur visas as the country prepares to withdraw from the European Union. Economist - Letters to the editor