Congratulations to the President's Medal and Award winners from the Department of Chemical Engineering.

Imperial’s annual President’s Awards for Excellence are presented to individuals or teams doing outstanding work in the fields of education, research or societal engagement. A selection panel led by the Vice Provosts for Education and Research evaluates the nominations made by staff and students, and selects the award winners across several categories with particularly exceptional contributions being awarded with President’s Medals.

Following last year's successes, members of the Department of Chemical Engineering received five President’s Awards (including two President’s Medals) this year. These were presented at the President's Awards Ceremony, held on Tuesday 20 June in the Great Hall at Imperial's South Kensington Campus. 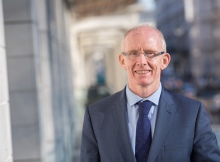 The Medal for Outstanding Research Team celebrates the achievements of research teams at Imperial, recognising outstanding research that delivers impact, a team's international standing and their beneficial contribution to Imperial.

The SET group, led by Professor Andrew Livingston and Professor Kang Li, develops new energy efficient separation methods with the use of membranes. The team collaborate with other leading institutions and have produced more than 500 academic papers, founded two start-up companies and had more than 50 PhD students since 2003.

Professor Livingston said: “It is an honour for us all to be singled out for special recognition in an environment such as Imperial where everyone is excellent. There are highlights such as papers in Science and Nature Materials, success of start-up companies, and other awards.”

”However, the biggest success for Kang and I is tracking the successful careers of our students and post-docs who have gone on to start their own research groups as academics, or become practitioners of chemical engineering in industry. We plan to bring the whole group together, both past and present, and celebrate this achievement by ‘consuming’ the prize money.” 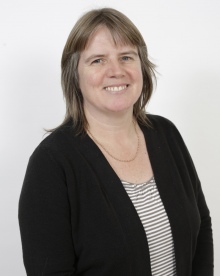 The Medal for Research Support Excellence aims to recognise the contribution of Research Support staff at Imperial, including the beneficial effects their support has given to Imperial research and the innovative approaches/good practice they bring to a project.

Ms Lonergan has been a Project Manager at the Department of Chemical Engineering for several years, and more recently was appointed as the Manager of the newly-founded Barrer Centre.

Upon being informed of her award, she said: “I was very surprised and honoured to be nominated by the Department for the award. It’s great that support staff get recognised for their contribution to research activities.”

“Outreach was an area of my work that was highlighted in my nomination, and it’s an activity that I particularly enjoy. It’s an opportunity to engage the public in our excellent research, and gives our researchers an opportunity to get out of their labs." 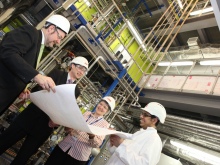 The Award for Excellence in External Collaboration and Partnerships celebrates the achievements of academics at Imperial, recognising the development of lasting external collaborations, and the impact of their research inside and outside Imperial.

The Carbon Capture Pilot Plant is at the heart of the Chemical Engineering Department, providing excellent research and teaching opportunity with hands-on experience. The core part of it is the ABB control room, a state-of-the-art facility built by ABB as part of a ten-year strategic alliance. The CCPP team not only supports undergraduate teaching at the Department, but also invites external organisations for one-day trainings, hosts regular tours for company leaders and public figures and has a highly successful Summer School Program for university groups from around the world. 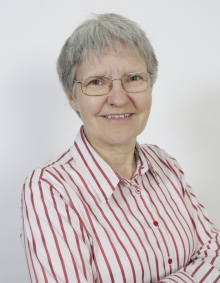 The President’s Awards for Excellence in Research Supervision recognise staff who have made exceptional contributions in the research supervision, encouragement and support of postgraduate research students. Professor Nina Thornhill has been Deputy Head of Department at University College London, before coming to Imperial in 2007. Since then, she has been ABB/Royal Academy of Engineering Chair of Process Automation, Director of Undergraduate Studies and most recently Director of the MSc Program in Process Automation, Instrumentation and Control. Her research interests are process automation and advanced dynamic signal analysis of industrial process measurements for detection and diagnosis of plant-wide disturbances.

She was the recipient of the President’s Award in 2016 as a member of the Control and Power Research Group led by Prof Bikash Pal (Department of Electrical and Electronic Engineering). 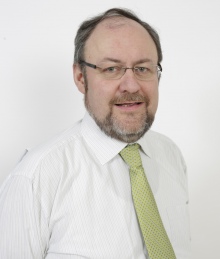 The Award for Excellence in Innovation and Entrepreneurship celebrates the achievements of academics at Imperial, recognising unique activities breaking new frontiers, the effective and appropriate exploitation of research, and realised or prospective economic or social impact.

Dr Daryl Williams has been a member of the Chemical Engineering Department since 1986, first as a PhD student, then Research Fellow, Director of External Relations, Director of Pilot Plant, and Reader in Particle Science and Director of Discovery Space since 2012. From its inception, Dr Williams supervised the Pilot Plant Project, a facility that is now central to the Department and its research and teaching activities.

Commenting on the two award successes, Dr Williams said: “These awards are a team effort, and indeed efforts that have been sustained over many years. I am very pleased that these team efforts have been recognised by the College.”

Article written by Dora Olah, an Undergraduate student in the Department of Chemical Engineering.