Imperial staff and students brought science to life with games and demonstrations at this year's W12 festival.

Last month’s event saw hundreds of members of the local community in Wormholt and White City turn out in the summer sunshine for family activities, local performances, street food and sport.

As a neighbour through its White City Campus, the College was there in force with 33 volunteers from ReachOut Makerspace, Imperial College Advanced Hackspace, Cancer Research UK and the Neuroepidemiology research team. They joined representatives from Imperial's White City community engagement team to man a stand which included virtual reality demonstrations, 3D printing, brain games and a Maker Zone. The Maker Zone was a taster of the College’s Invention Rooms, which is due to open later this year. 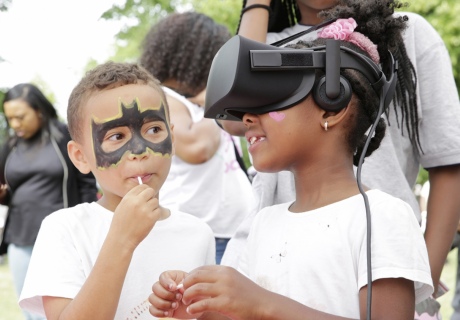 Hosting workshops, activity programmes and interactive spaces, The Invention Rooms aims to bring local residents together with the Imperial community to get creative and inspire an interest in research and innovation.

Read more about Imperial’s activities in the latest community newsletter. 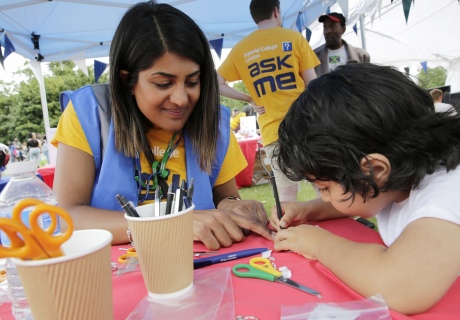 One of the younger visitors to Imperial’s stand, seven year old Saksia, said, “Today my face was 3D printed and I made a robot. Science is my favourite subject and I have lots of questions in my head and I got to ask them to a real life scientist. I’m going to Imperial College when I go to university".

The W12 Festival was organised by the community-based organisation Wormholt and White City Big Local.

Les Jackson, a local resident and Big Local Board Member, said he was pleased to see how the College is integrating with neighbours; “That’s when I knew they would fit in with what we want to achieve for our community over the years.  I’m excited about the future with Imperial in White City.” 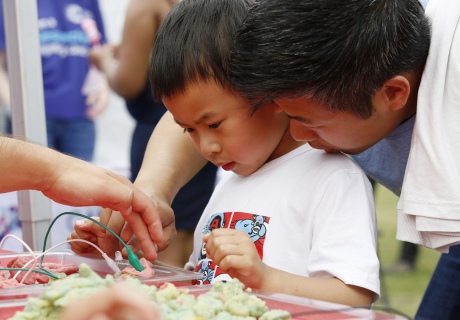 The W12 Festival is part of Imperial's ongoing commitment to work with the local community at the new White City campus.

Anyone who would like to find out more about the College’s programme of community engagement can contact whitecity.community@imperial.ac.uk.

Staff or students who would like to find out more or get involved with the College’s community work in White City can contact whitecity.community@imperial.ac.uk.

White City schoolchildren buzzing after Spring on the Farm In pictures: Imperial Fringe goes to White City for Science & Sport Day Football, fun and robots: Imperial scientists pitch up at QPR &pound;2M donation to Imperial will bring ideas to life at The Invention Rooms