The School if committed to the development of our staff and ensuring a healthy work-life balance. Below you can read about how members of staff have benefited from a number of Athena Swan initiatives: 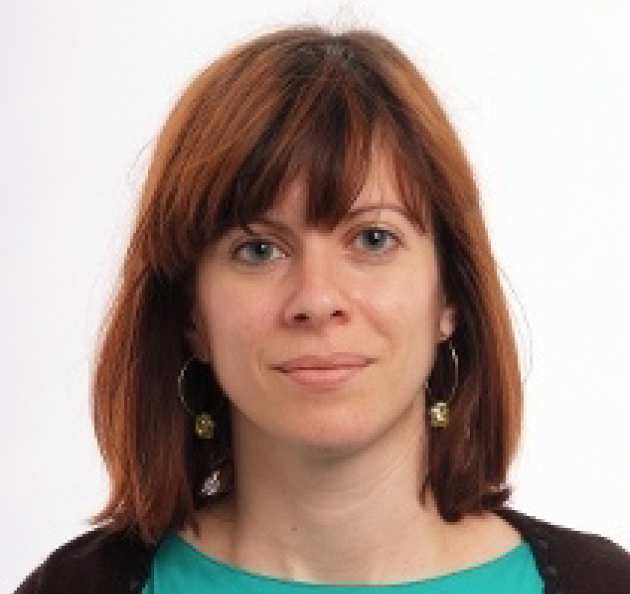 Ioanna combines full time academic work as an international researcher with family life at home with her daughter and very supportive partner. Joanna is valued member of the Opportunites Committee.

“I joined the School of Public Health in 2006 as a Lecturer in Cardiovascular Epidemiology straight after completing my PhD at University of Edinburgh. I felt that it was a very positive thing to be given this opportunity so early in my career and demonstrated to me an open minded approach from senior colleagues who recognised my potential, particularly since this was a widely advertised and very competitive in a prestigious department.

"In 2009, when I informed the Head of Department that I was pregnant; this news was well received. I decided to take maternity leave for only 4 months because the department was being very flexible about my working schedule following maternity leave. My line manager, Professor Sylvia Richardson and Head of Unit Professor Paul Elliott encouraged me to apply for an Elsie Widdowson Fellowship for female academics returning from maternity leave. This enabled me to have protected time away to concentrate on progressing my career through research outputs. Due to the support this period of my career was very productive, publishing papers in high impact journals. For personal reasons, I then decided to move back to my native Greece to work, but the School of Public Health offered to keep me on part-time as long as I was able to spend 1 week each month in the Department. It was during this period that I became involved in the Qatar Biobank project. It was a period of constant travelling to Doha and the UK, but the fact that I had flexible working hours and was able to be based overseas made this feasible. I always received immense support from my peers and felt included throughout. I am now back in the UK and working full time and looking back at the past 4 years, these have been very productive and helped me grow academically but at the same time gave me the opportunity to stay close with family and have a very balanced life.” 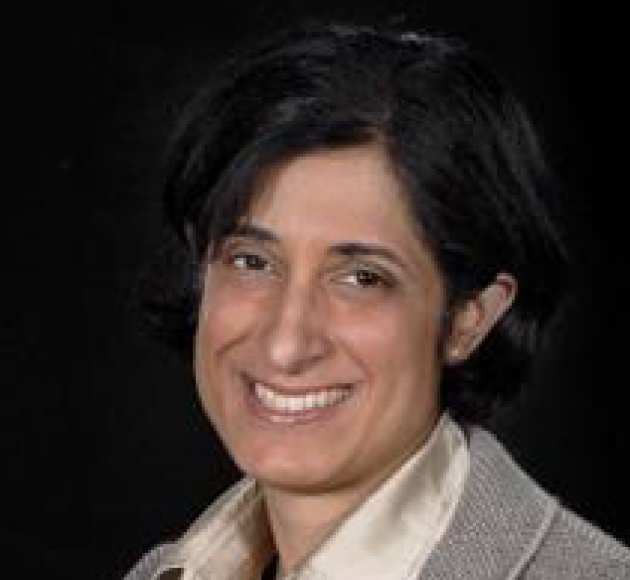 Soon after joining the School of Public Health in 2012, Sonia was successfully promoted to a newly vacated post as Head of Undergraduate Education in Primary Care and Public Health. She has two young daughters in school and works flexibly to balance her commitments

“My life at Imperial started in 2012, when I joined the School of Public Health as a Senior Teaching Fellow. I was fully supported in my request to work flexibly, part time and regularly from home in a household where both parents work and are raising two daughters. This enabled me to work on two major projects looking at developing educational resources for students and developing leadership and promotional materials for GPs. Soon after starting in this post I was actively encouraged by the Head of Department Professor Azeem Majeed and several senior colleagues to apply for a new opening to lead the Undergraduate GP teaching team as the Director of Undergraduate GP Education. When the outgoing Director resigned, the natural successor who is Deputy Head of Undergraduate Teaching and a male GP colleague helped me to establish myself.

"Starting in this senior role was daunting at first but I found my colleagues to be hugely positive and supportive. I consider myself extremely fortunate to be working in a department where my line manager and the Head of Department recognise my passion and potential and supported me by one to one mentoring and advice and practical support in working flexibly from home a day a week and within school hours on other.

"I was approached and selected as a newly appointed senior academic woman to attend the Imperial Springboard Female Academic Development Course. This course provided practical skills training in leadership and management, helped me set my own goals for personal career progression and enabled me to join a strong wider network of academic women in science as well as the learning development centre for on-going support.

"I have learned a great deal from senior academic colleagues including a number of high profile female academics for example Professor Helen Ward who is overall Head of Teaching in our School and Professor Jenny Higham who is Faculty lead for Education. I feel highly valued by staff and students across the department and College. In my team, 2 of my female peers have won Teaching Excellence prizes awarded by the College. Feedback scores from students are consistently among the highest across the medical school. Our students say they particularly value the close attention they receive in small group or one to one teaching in general practice. My colleagues within my team are hugely supportive and the culture is the department is open, inclusive and fun. For example, our recent away day was a Circus Skills workshop to develop team building, we regularly have social events that include everyone and we are celebrating our first prize in the BMA book awards this year with a party.

"Balancing a rewarding career with the privilege of being a mum has been a really refreshing insight into how working mothers can aspire to and make an academic science career work. By supporting Sonia, the department has benefitted since through hard in her role tangible outcomes include many new Educational initiatives and 25 % growth in staff in the unit she now leads. She is now keen to champion the positive ethos she has experienced to other female academics in her Department. This has meant empowering her female staff by encouraging them to present and chair high profile events and also recognise and support potential in women who are trying to juggle a rewarding career and a family."

Helen has two sons who were born in 1998 and 1999. She took limited maternity leave before returning to full time work. A locum was appointed to cover her teaching during one of these periods. She discussed returning to work part time, supported by the School, but eventually decided against this route since there were no clear areas of work to drop or hand over. She therefore took advantage of the flexibility available and worked from home one or two days each week.

Helen Ward joined Imperial as a Clinical Research Fellow in Epidemiology, before being appointed as a Clinical Senior Lecturer in 1993. She has led undergraduate teaching in public health for many years and is now Director of Education for the School. Her research has focussed on sexual health for which she has held major grants from the MRC, Wellcome Trust and European Commission. She was the editor of a scientific journal and sits on various government committees.

Helen was promoted to Professor in 2009, 16 years after her initial appointment at senior lecturer level. She puts this delay down to a number of factors including her responsibility for teaching (which was relatively undervalued), her two brief career breaks, and her desire for a life and interests outside of work.

Joanne was at the University of Oxford since the 1990’s, as a student, junior research fellow (JRF), lecturer and subsequently a Royal Society University Research Fellow (URF). She moved to Imperial College in 2003 to take up a Readership in Parasitic Diseases and the Directorship of Monitoring, Evaluation and Research for the then newly founded Schistosomiasis Control Initiative (SCI). In 2006 she was promoted to a personal Chair in Parasitic Diseases Epidemiology. Her main work focuses on the research and treatment of neglected tropical diseases, in particular schistosomiasis, across Africa and Asia. In addition she has maintained her keen interest in parasite-altered behaviour and the role of the protozoan Toxoplasma gondii in particular – from its association with ‘fatal feline attraction’ in rodents to affective disorders such as schizophrenia in humans. She has produced over 135 primary journal publications and her research activities have been awarded a number of high profile prizes and medals. She is on the editorial board of a number of leading academic primary journals and serves on several International public health boards/expert working groups, including that for the WHO. Joanne also remains actively involved in undergraduate and graduate teaching, and her students have won many awards for their work under her supervision.

Joanne officially took 10 months maternity leave after the birth of her daughter, although unofficially continued to come in once a week (with her baby) throughout. She initially returned to work part time. However it immediately became apparent that full time was the only feasible route to keep up the demands of academia – in terms of research, teaching and all the inevitable administration that goes with these activities. Whilst she feels there is still much to be achieved towards gaining full gender equality in Imperial’s working environment, she does, however, benefit greatly from the flexibility in working hours allowed by academia in general, and in particular the ability to work from home one or two days per week.

Joanne lives in Oxford with her daughter Poppy, their pony and puppy.

Alex Lewin worked in the Department of Epidemiology and Biostatistics for several years as a post-doc followed by an RCUK Fellowship. She was promoted to Lecturer shortly before going on maternity leave for the second time. Her research is on developing novel statistical methods for large-scale, complex data from molecular biology and genetic epidemiology, for which she has held grants from BBSRC and MRC. She has supervised two PhD students and several MSc students, is a module leader for the MSc in Epidemiology and a lecturer for the MSc in Bioinformatics. She is Associate Editor for Biostatistics, one of the top-ranked statistical journals, and is regularly invited to conferences and to review for the top statistics and bioinformatics journals.

Alex has two children, born three years apart. She took around 9 months of maternity leave each time, but worked on some specific projects whilst still on leave. She applied for and was awarded her first grant as Principal Investigator whilst pregnant with her first child. The grant started whilst she was still on maternity leave, but was extended by the Research Council to account for her period of absence. Since having children she works 80% time, usually three days in the office and one at home.

Alex found returning to work after her first child difficult as it coincided with the transition from Research Fellow to Lecturer. The second time was easier, after developing some better work habits for dealing with multiple projects and tasks, such as having set times for pieces of work and keeping a record of how her time is spent.