Evaluating the reach, potential impact and fidelity of a school-based physical activity intervention – The Daily Mile™

The aim of this workstream is to use routine datasets to examine characteristics of schools, health outcomes and physical activity patterns of children in schools in England registered to do The Daily Mile compared with those that do not.

Using routinely collected data from The National Child Measurement Programme, the Active Lives Survey, the Active Lives Children and Young People Survey, and the School Census, a large database of all primary schools in England was created. The database allowed for comparisons to be made at area level, local authority level, and at school level using multilevel modelling and cluster analysis.

Initial results show that areas with higher deprivation (where lower levels of physical activity and higher rates of obesity are more common), are more likely to register with The Daily Mile. This indicates that The Daily Mile is reaching children who may benefit the most.

Studies which examine the impact of school-based physical activity (SBPA) interventions measure different outcomes which proves challenging to pool results and establish impacts. A lack of consultation with relevant participant groups in previous studies has led to an emphasis on scientific measurement but failed capture the outcomes that matter the most to parents, educators, researchers and health professionals. This workstream aims to produce a Core Outcome Set (COS) for evaluating SBPA interventions by including representation from national and international participant groups.

To develop the COS, Dr Bina Ram conducted a systematic review and meta-analysis of SBPA interventions which has been registered with PROSPERO (CRD42019146621). This work along with Patient and Public Involvement (PPI) workshops identified a long list of child health outcomes. A modified-Delphi technique consisting of two survey rounds (currently in progress) where participants rate the outcomes they think are the most important, and a consensus meeting to agree the final outcomes, will be used to agree the final COS. A separate workshop for children to include their views will be conducted after the two survey rounds but prior to the consensus meeting.

The final COS will determine which child health outcomes are considered the most important to parents, educators, researchers and health professionals, and ensure that they are examined in future SBPA interventions. This will standardise the outcomes measured across studies that will help to identify which school-based physical activity interventions are the most beneficial to child health.

This work is being led by Dr Bina Ram with support from Dr Kim Foley who are both Research Associates at Imperial College London.

This project has been approved by the Imperial Research Ethics Committee (ICREC), Reference 19IC5428. The study protocol for the COS has been published in BMJ Open. The COS has also been registered with Core Outcome Measures in Effectiveness Trials (COMET) Initiative. 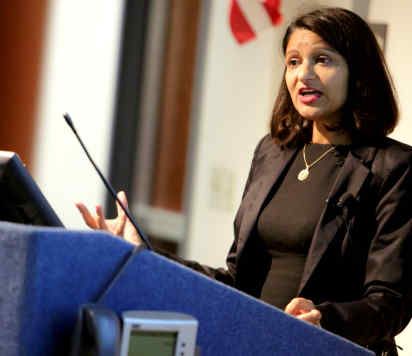