Our group have been active in developing mathematical models for different Woven fabric (2D and 3D) and braided composites to accurately represent their architecture. The models are used in the Finite Elements and newly developed MeshFree  method which alleviates the need for detailed mesh representation of warp, weft and matrix.  These models are used to represent the Representative Volume Elements. Homogenization of the RVEs have been shown to be in good agreement with experimental Data.

The Brittle intergranular failure in polycrystalline materials usually occurs due to the presence of deleterious features at the grain boundaries, such as relatively coarse impurity particles, precipitate-free zones, preferential segregation of embrittling elements, etc., as appears in the majority of engineering metallic alloys and ceramics. Our research team have pioneered the development of micromechanical modelling of polycrystalline materials with cohesive grain boundary integral formulation for simulating intergranular/transgranualr  microfracture evolution in polycrystalline brittle materials. The stochastic effects of each grain morphology-orientation, internal friction and randomly distributed pre-existing flaws, under different loading conditions, are studied. 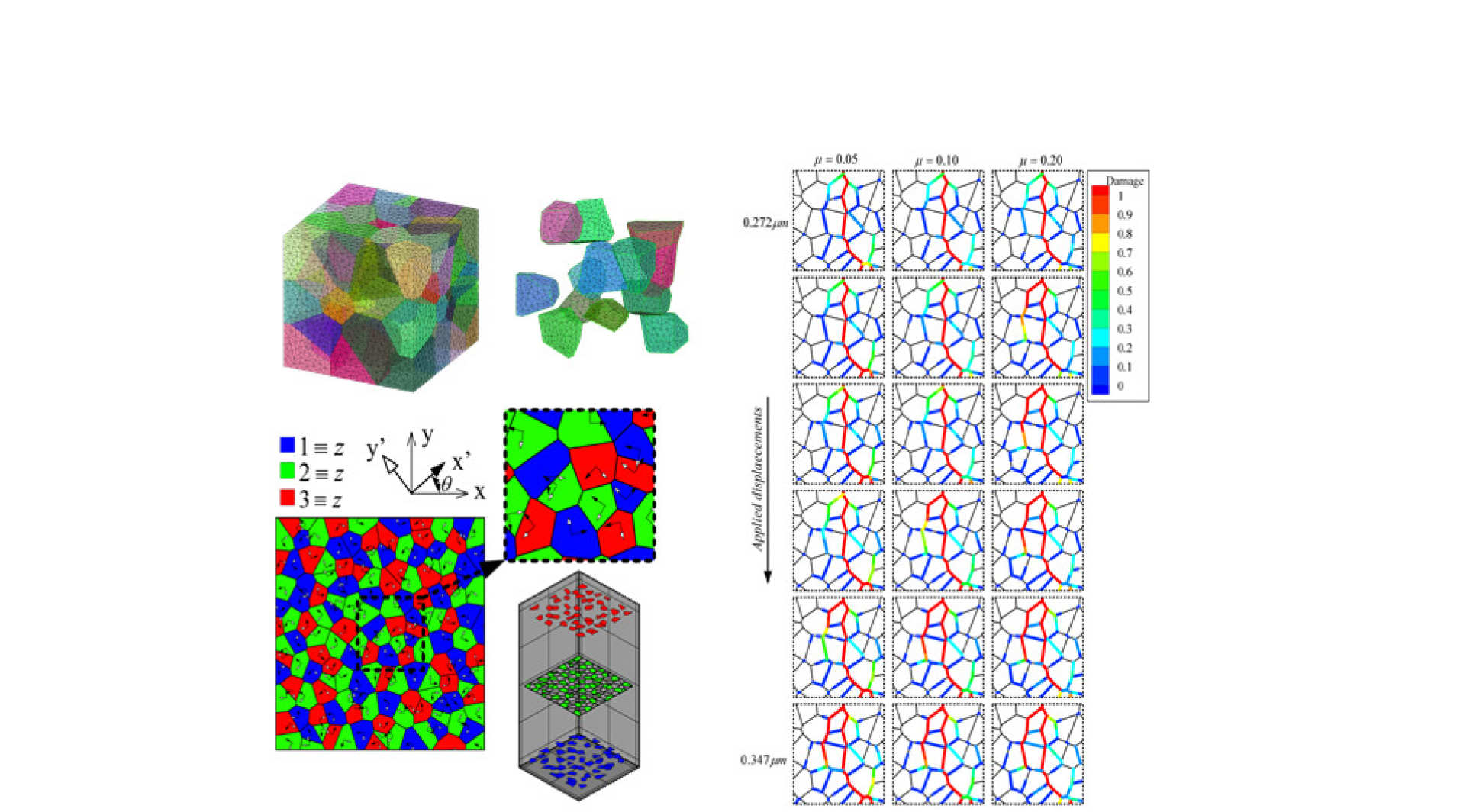 A continuum damage model for predicting the damage initiation and development in woven and bradided composites have been developed, in which the fiber fracture, inter-fiber fracture and matrix fracture are considered in the level of the fiber yarn and the matrix. A set of damage variables are utlized to characterize all the failure modes of the fiber yarn and matrix. The damage initiation and propagation criteria are based on Hashin criteria. This continuum damage model is implemented in our newly developed MeshFree method as well as Finite Elements. To validate the continuum damage model, the quasi-static tensile experiments are carried out, and the tensile failure is predicted by the damage model which agrees well with the experimental results.