Noncommunicable diseases (NCDs), also known as chronic diseases, are not passed from person to person. They are of long duration and generally slow progression. The 4 main types of noncommunicable diseases are cardiovascular diseases (like heart attacks and stroke), cancers, chronic respiratory diseases (such as chronic obstructed pulmonary disease and asthma) and diabetes. NCDs already disproportionately affect low- and middle-income countries where nearly three-quarters of NCD deaths – 28 million – occur.

Information from the World Health Organisation. 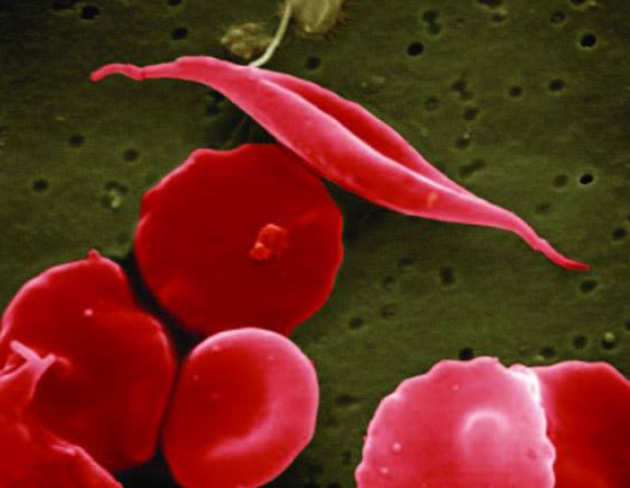 One consequence of the huge selective force for malaria resistance genes is that a growing but currently undocumented number of children are born each year with homozygous Sickle Cell Disease (SCD). Historically, this has been widely neglected in sub-Saharan Africa and has probably been associated with almost universal mortality in early childhood. However, with recent improvements in childhood survival through much of the continent an increasing number of children with SCD are now surviving. All-too little is know about the magnitude of the problem and the specific needs of such children in the African context: a second focus for Professor Tom Williams' research in Africa. Professor Williams has conducted epidemiological and clinical studies on sickle cell disease in Kilifi and beyond, and collaborates with others including REACH (Realizing Effectiveness Across Continents with Hydroxyurea) and GSCDN (the Global Sickle Cell Disease Network).

Podoconiosis (non-filarial elephantiasis) is a non-communicable, yet entirely preventable, disease endemic in tropical countries such as Ethiopia and Cameroon. Contrary to filarial elephantiasis, in podoconiosis there is no infectious or contagious agent: no parasite, bacterium and virus is involved. While the distribution of podoconiosis has been correlated with certain specific environmental factors (such as living at altitude greater than 1200 metres and walking barefoot on soils of volcanic origin) and a genetic predisposition, the causal factor(s) remain to be confirmed. The podoconiosis research team is led by Professor Gail Davey at Brighton and Sussex Medical School (BSMS). As a member of the team, Dr Jennifer Le Blond in Earth Sciences at Imperial College London, focusses on identifying environmental factors that could be linked with the occurrence of podoconiosis.

For additional information see the ongoing work on lymphatic system biomechanics in the Department of Bioengineering at Imperial College London, see here.

Please forward any enquiries about the Centre of African Research and Engagement to:

Read about a forum on Lymphatic Disorders in the Developing World 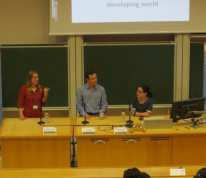