Imperial College London experts have been joining the public debate about the proposed new nuclear power plant at Hinkley Point.

The proposed Hinkley Point C Nuclear Power Plant project has experienced controversy in the public since its inception. Some critics have raised concerns about UK infrastructure being foreign owned, being part owned by the French energy company EDF and part funded by China’s CGN Group. To secure the massive £18 billion investment, the previous government, led by David Cameron, agreed to a complex subsidy arrangement, which could see consumers paying billions more if future wholesale electricity prices become lower, which they are currently predicted to do. The nuclear technology is also untested, which has led to questions around safety.

However the proposed Hinkley plant also has many benefits. It will be the biggest construction site in Europe, providing 25,000 construction jobs. When it is finished it will employ 900 people, including the next generation of nuclear engineers. It will generate low carbon energy, providing enough power for six million homes, and supplying seven per cent of the UK's electricity needs over its 60 year lifetime.

This month Theresa May, UK Prime Minister, announced that the government would be hitting the pause button, to review the proposed project and make a decision by August. Imperial academics have been sharing their views with the media, commenting in newspapers such as The Guardian and doing television appearances on outlets including Sky News and BBC World News.

Dr Michael Bluck, Director of the Centre for Nuclear Engineering 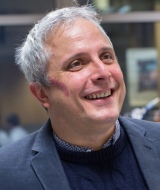 "Nuclear power is widely accepted as a vital component in the energy mix, and Hinkley C will provide important base-load in support of other low-carbon, but intermittent technologies, such as wind and photovoltaics.

"The construction and commissioning of Hinkley C will also provide a focus for the reinvigoration of the UK nuclear industry and the associated skills development necessary for future nuclear technologies such as small modular reactors, which could be built in a factory and transported to a location, making them cheaper to make and run, (SMRs) and Generation IV reactors, which would use nuclear waste from other reactors to power them, making them more efficient, and potentially even safer than current versions." 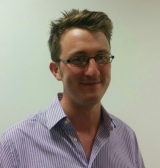 "Decarbonisation of the UK’s energy mix is critical in light of climate change. Wind, tidal, solar and nuclear all have their roles to play in diversifying our energy mix. To contextualise the scale of the Hinkley project – it is approximately equivalent to a solar farm that takes up an area the size of the Isle of Wight. At £2k per kW this solar project would cost £6.4bn. Hinkley C is built to last 60 years. Typical solar farms have a warranty of 25 yrs. Note also that this estimated cost for solar does not include decommissioning and clean up.

"A nuclear power station is a great opportunity for the UK to re-invigorate our nuclear engineering workforce. There are many exciting opportunities for skilled UK graduates, both in the supply chain, operation and management of our nuclear fleet. These jobs require highly skilled individuals with a diverse range of expertise, combined with a holistic understanding of engineering in a nuclear context. It is likely that Hinkley C is the first of many opportunities in the UK emergent nuclear future and I anticipate significant investments in other reactor designs, as well as the emergence of small modular reactors (SMR) and exciting new designs for generation IV reactors." 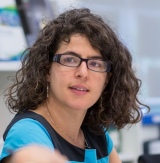 "A diverse, low-carbon supply of energy is essential to deliver on the UK’s goals for energy security and climate change. Nuclear energy should be part of the mix, however, the costs of the Hinkley Point C deal have been questioned from the very beginning. The Government needs to first reassure potential investors that the UK is genuinely open for business by setting out clearly and transparently what the reasons are for revisiting this decision. This new review must then quickly and definitively determine if this investment is good value for money, or what the best alternative plan is that will deliver clean, secure energy at a reasonable cost." 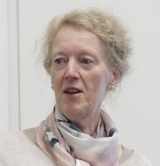 "The passing of the fifth carbon budget, and the Government’s restated commitment to a low-carbon future, are very welcome but a reliance on the Hinkley Point C project to achieve these aims would be misplaced, as well as very costly. What is needed for the UK to meet its stated targets is swift action now on energy efficiency, perhaps with a revamped ‘green deal’, and serious implementation of existing renewable energy technologies. In addition, investing in low-carbon 'cleantech' innovation would be a win-win situation for the UK’s environment and economy." 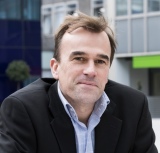 "The International Energy Agency's Energy Technology Perspectives 2016 points to an increase in the level of nuclear energy, if we are to limit global warming to the 2°C target set by the Paris Agreement. The delays and difficulties in obtaining the go-ahead for Hinkley Point C are clearly not optimal for this necessary change to happen.

"To resolve the issue, either we accept that nuclear power cannot be enhanced much beyond its present levels, in which case further increases in renewable energy and carbon capture and storage (CCS) will be needed, or we renew global efforts to drive innovation and success in safe, affordable nuclear power. If we decide the latter is preferable, then investment in education, research and innovation in nuclear engineering is urgently needed both within the UK and in many of the world’s top universities and research establishments." 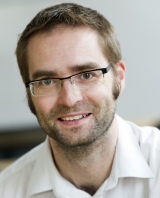 "Hinkley Point C is vitally important for the UK for several reasons:  The UK remains focused on phasing out coal power stations and at the same time many nuclear stations will also be closing. This means the UK would face potential energy shortages, in the mid-2020s, even with solid growth in renewables such as wind and solar.  At the same time the UK needs to remain committed to reducing CO2 emissions and Hinkley C, if built on time, would provide secure low carbon energy just when we need it.

"Although other nuclear projects have been delayed in Europe, this provides the opportunity to show that big infrastructure projects can be delivered in the UK, which may bring further investment and jobs. From the point of view of the Centre for Nuclear Engineering this will provide great opportunities for our top graduate students and potentially be a big boost to research income when relationships with the EU are strained."