The Advisory Board comprises senior figures from the field of security and innovation, drawn internally and externally from both industry and academia. The Board provides guidance and advice relating to the strategic direction of the Institute, and provides feedback to the College leadership.

Emma Barrett OBE is Professor of Psychology, Security and Trust at University of Manchester and the University's strategic lead for Digital Trust and Security. Her role involves leading and coordinating security-relevant research, with an emphasis on digital contexts. Her research interests include criminal behaviour; decision-making; betrayal, deception, and interpersonal manipulation; and human performance in extreme and challenging conditions.

Emma is Director of SPRITE+, the EPSRC-funded NetworkPlus for security, privacy, identity and trust, which fosters collaborations between academics, industry, government, and civil society. In addition to being a member of the ISST Advisory Board, she also serves on the Advisory Board for the Dawes Centre for Future Crime at University College London, and is a member of the UK Research & Innovation Research Excellence Board for the “Securing Digital Technologies at the Periphery of the Internet” Programme.

Before joining UoM in March 2018, Emma was Research to Practice Fellow at the Centre for Research and Evidence on Security Threats (CREST) at Lancaster University, leading efforts to ensure that CREST’s research activities focused on end user requirements and fostering strong links between academics and stakeholders. From 2003-2015, she led a UK Government research unit of 25 specialist staff and contractors that developed and applied behavioural, psychological, and social science research to a range of security and defence issues.

Emma completed her doctorate in Psychology at the University of Birmingham. She also holds a MSc in Investigative Psychology, a Conversion Diploma in Psychology, and a BSc in Anthropology. She is the co-author of Extreme: Why some people thrive at the limits (Oxford University Press, 2014).

Peter Knight retired in 2010 as Deputy Rector (Research) at Imperial College, becoming Professor Emeritus in Quantum Optics. He was knighted in 2005 for his work in optical physics. He was until 2008 Principal of the Faculty of Natural Sciences and previously Head of the Physics Department from 2001 to 2005. Sir Peter is a Past-President of the Optical Society of America and was for 7 years a member of their Board of Directors. He was Editor of the Journal of Modern Optics from 1987 to 2006 and is Editor of Contemporary Physics.

He has won a number of prizes and awards including the Thomas Young Medal and the Glazebrook Medal of the Institute of Physics and the Ives Medal of the OSA. In 2010 Sir Peter was appointed the first Director of the Royal Society's Kavli International Centre at Chicheley Hall, Buckinghamshire.

Rob was appointed by NATO’s Secretary General as the Head of NATO’s Innovation Unit in December 2019. Throughout his career Rob has amassed vast experience of both leading the strategic thinking and writing of innovation policy at an international level, while also implementing innovation efforts ‘on the frontline’.

Rob’s main professional interest is centered at the national security inter-section of finance, technology, and Defence, underpinned by those relationships between the private sector, academia, and public sector.

Academically, Rob holds an MA in International Policy and Diplomacy, an MSc in Intelligence, Surveillance and Reconnaissance Management and an MBA from the University of Chicago Booth School of Business.

Auriol Stevens is the Global IT Director for Applied Technology at Unilever, providing expertise on the application of technology to existing and new business models.

Auriol is also Director and former CEO of the Virtual Technology Cluster Group (VTC Group). The VTC Group, which launched in March 2016, is an organisation that brings together key elements of the UK’s technology ecosystem enabling tech start-ups and SMEs to scale up and gain access to the supply chains of multinational companies.

Since spinning out the VTC Group, Auriol remains a Director at Restoration Partners, the Technology Merchant Bank, that works alongside visionary entrepreneurs in the dynamic, high-value, technology sector. Working at executive and board level, Auriol supported entrepreneurial leaders in the identification, formulation and execution of an exit strategy.

Auriol graduated with an LLB (Hons) from Sussex University in 2005 and she is also an Associate Member of the Chartered Institute for Securities & Investment (ACSI).

Prior to joining KPMG, Paul held positions as deputy Managing Director at AWE plc, responsible for providing the AWE Board and UK Ministry of Defence with assurance of delivery of the c. £1Bn pa nuclear warhead programme; Director General of Technology and Chief Information Officer (CIO) in a Central Government Department, where he was a member of both ExCo and the main board; Director General of Strategic Technologies and then Director General of Equipment in MOD; Senior Responsible Owner (SRO) for the UK’s Future Nuclear Deterrent.

Paul was the first Chief Executive of the Defence Science and Technology Laboratory (Dstl). The post carried responsibility for all elements of defence research and the 3000 staff that were retained within government following the split of MOD R&D activities into QinetiQ and Dstl. Prior to this, he was the Director of Chemical and Biological Defence at Porton Down, with operational and line responsibility for the site, its activities and people.

Sir Kevin’s career in Government spanned defence, intelligence and the diplomatic service. After 10 years in policy posts at the MOD, he transferred in 1979 to the Diplomatic Service, where he held senior positions at home and abroad, including in NATO, Turkey and the United States, and finally as Deputy Under Secretary for Defence and Intelligence.

After a short period as Director of GCHQ, he was the Permanent Secretary at the MOD from 1998, retiring in 2005. He is a visiting Professor at King's College London and a Senior Associate Fellow at RUSI. Kevin chairs the Ascot Barclay Group and is the UK executive vice president (defence and government) for AECOM Corporation. He is a governor of the Ditchley Foundation and a non-executive director of Smiths Group Plc,  and represents the defence and security sectors on various governmental bodies dealing with export promotion.

Meet our staff based in the Institute, including Leadership, Academic Investigators, Researchers and Operations. 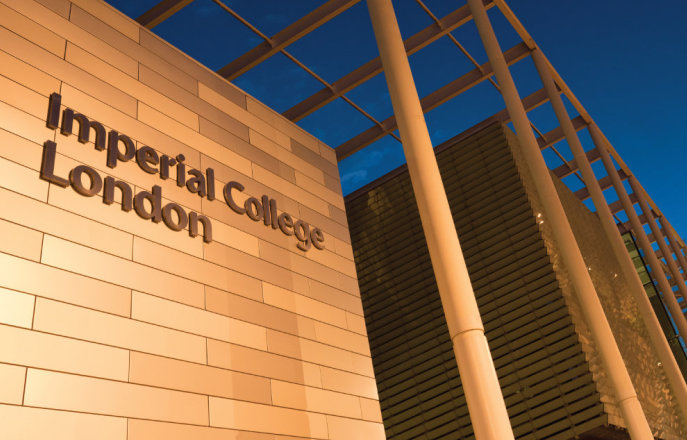