The 10th edition of the CASC Summer school on ceramics took place the 4-6th of September 2019 and will take place at the Royal School of Mines in London.
Our Summer school is designed for early career engineers and scientists from industry and academia who want to enhance their knowledge on both ceramic processing and structural properties and is articulated around core and guest lectures changing every year.
This year's guest lecturers already include Prof. Sylvain Meille (MATEIS, INSA Lyon), who talked about mechanical properties of porous ceramics, and Prof. Raul Bermejo (Montanuniversitaet Leoben), who talked about ceramic reliability through component’s design, Prof. Joaquin Ramirez-Rico (Univerity of Sevilla), who delivered a lecture on ceramic high temperature creep.
Please have a look at the flyer for further information or get in touch with me. The ninth edition of CASC Ceramic’s Summer School took place from the 10th to the 12th of September.

The first day was focused on mechanical properties of Ceramics and their use in Thermal Barrier Coatings and Solid Oxide Fuel Cells, with the talks of Dr Finn Giuliani (Imperial College), Professor Ping Xiao (Manchester University) and Professor Alan Atkinson (Imperial College).

We finished the ninth edition of the Summer School with the invited talk of Dr Rachid M’Saoubi (SECO Tools) that gave us some industrial examples of the use of ceramics.

We hope the attendees enjoyed their stay here at Imperial College and hopefully we will see them at the 10th edition!. 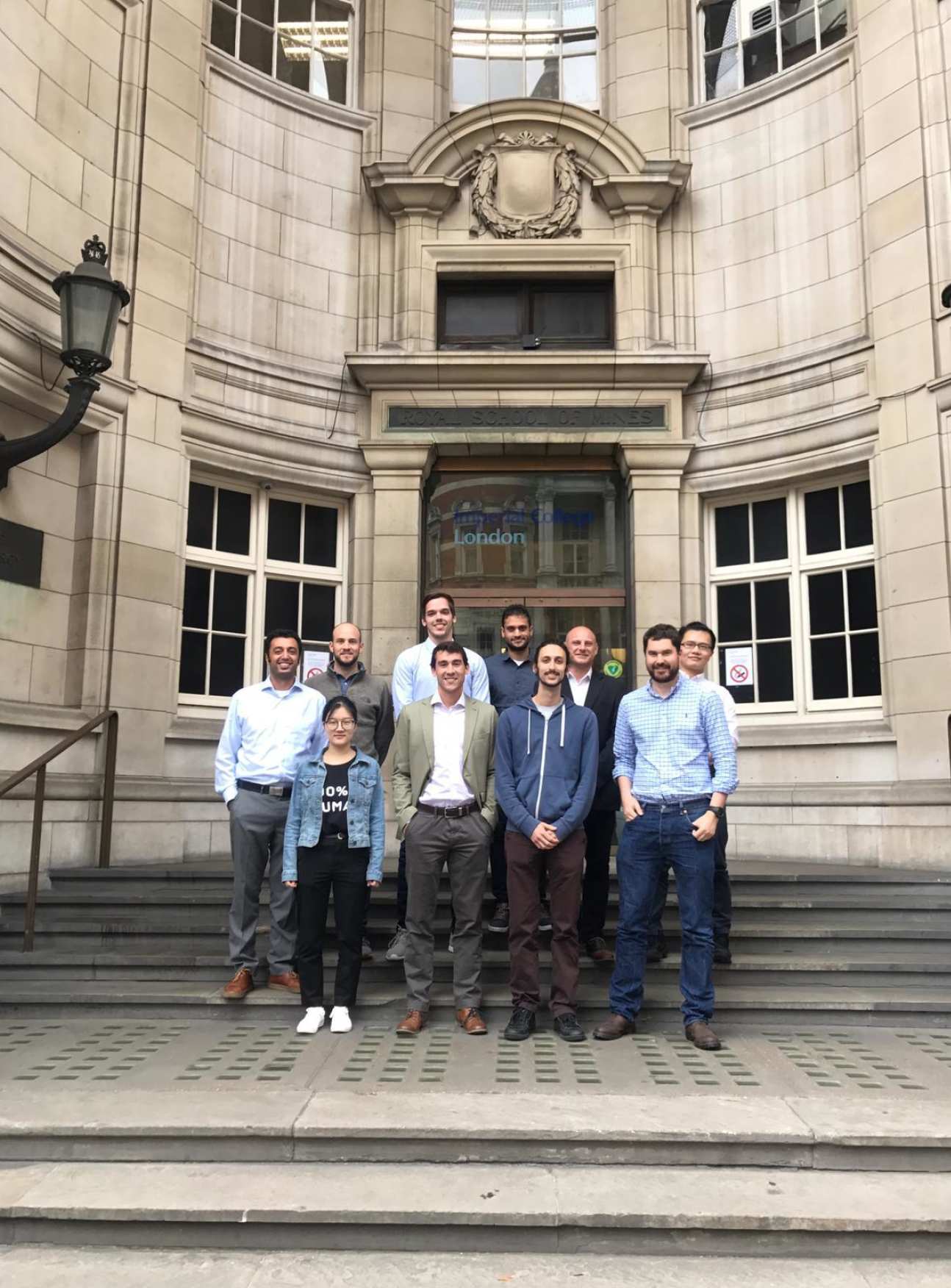 The eighth edition of CASC Summer School took place at Imperial College from the 13th to 15th of September.

We started the meeting on Wednesday with Eduardo Saiz that gave an introduction to Ceramic Shaping. This was followed by a talk from Alan Porporati from Ceramtec on Ceramics in Arthroplasty. He talked about the development in the last 14 years of ZPTA ceramics and what is the future for such ceramics. We also had Andre Prette, from Lucideon, that took us through the history of flash sintering of ceramics, since it was developed until today. To end the day, Finn Giuliani gave an introduction to mechanical properties, that would be used during the lab sessions of Thursday.

Thursday opened with a masterclass on additive manufacturin by Fabrice Rossignol from the University of Limoges (France), and after coffee we had Nasrin Al Nasiri, form Imperial College, talking about Ceramic Matrix Composites, her work done in collaboration with Rolls Royce.

After lunch, we had the lab sessions, that were related to the master classes we had during the previous day. One of them was focused on 3D printing, while the other was on ceramic powder processing and shaping. 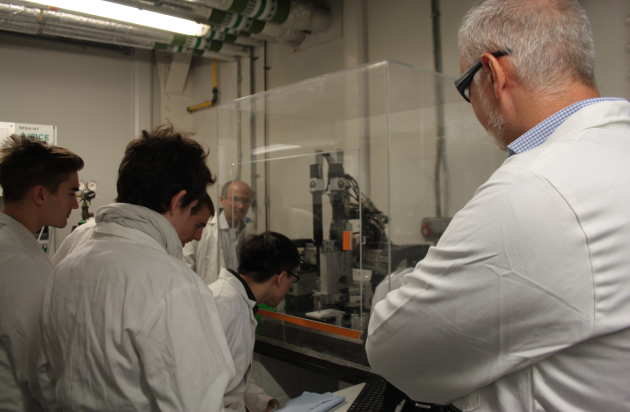 Finally on Friday, Alan McLelland (Morgan Advanced Materials) took us through the future of ceramics from a company point of view. And to finish the day we had the masterclass from Esther Garcia (Liverpool University) on rheology for additive manufacturing.

The course was attended by a mix of people from Morgan Advanced Materials, Saint Gobain, Rolls Royce, ETH, Queen Mary University and an independent consultant.

Feedback from the attendees was that they would all recommend the school to a colleague as it was a great occasion to get a good insight on advancements on ceramic engineering and especially to expand their networks. 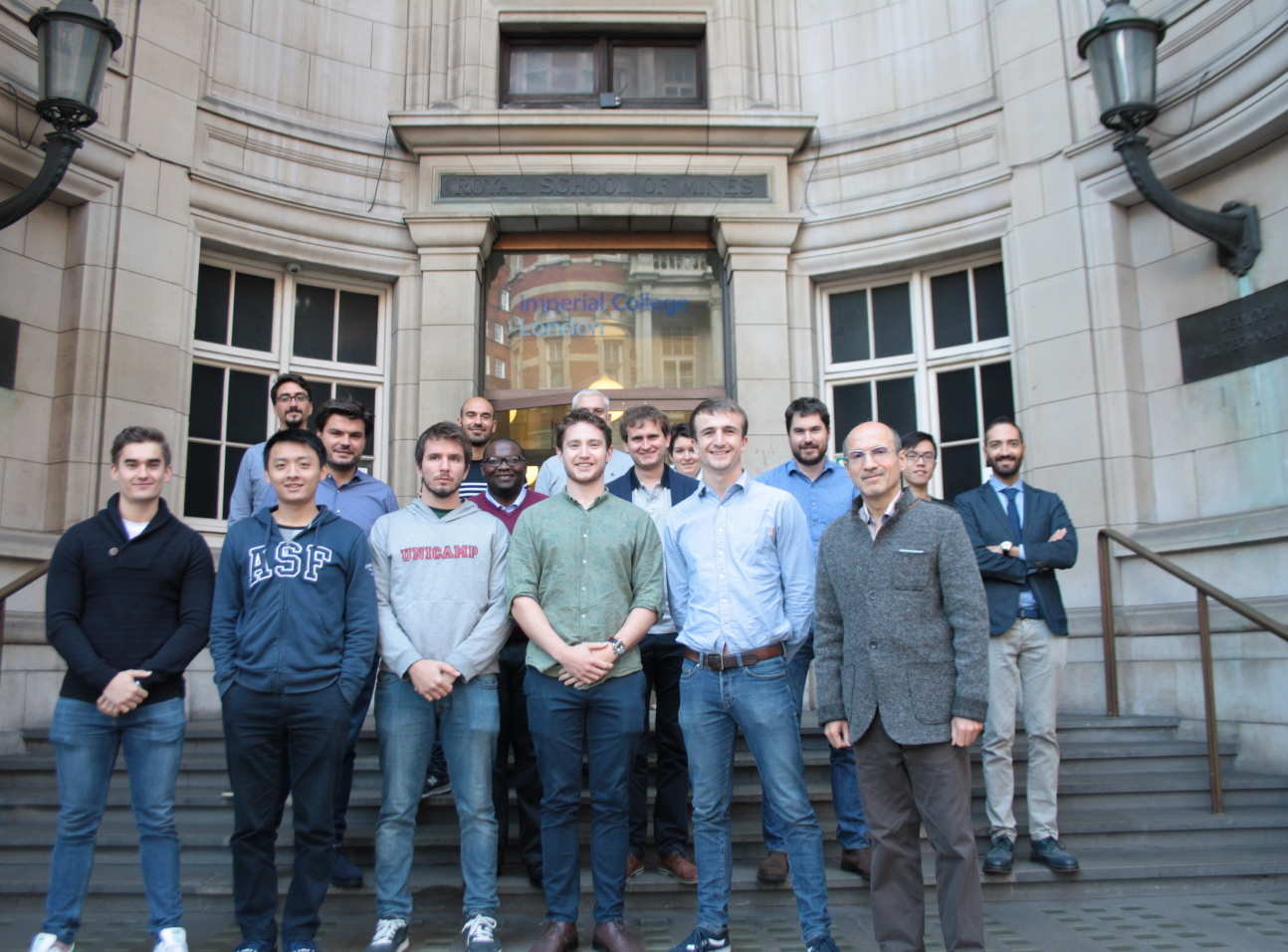 Atendees to the Eighth Summer School

The sixth edition of the Ceramic Summer School was held on 16, 17 and 18 September 2015 at Imperial College London. Starting at lunch time on Wednesday a full afternoon of activities was on offer with a tutorial on tailoring viscosity for colloidal shaping methods followed by a lab session demonstrating free form shaping techniques (green machining and 3D printing) and a lecture by Jonathan Phillips from Morgan Advanced Materials on Challenges and Opportunities for the Ceramic Industry.

Thursday opened with a masterclass on modelling of the powder compaction process chain by Torsten Kraft from the Fraunhofer Institute for the Mechanics of Materials in Freiburg (Germany). To reinforce the themes discussed in the masterclass, this was followed by a lab session in which the effects of pressure on compact quality was studied experimentally and using finite element software. 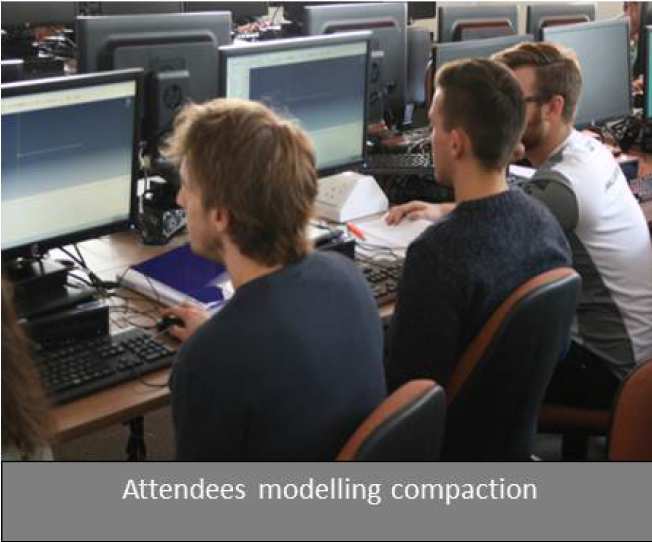 After lunch, Jianye Wang from John Crane UK discussed the ceramic materials in use for mechanical seals and Raul Bermejo from the Montanuniversität Leoben (Austria) gave a masterclass on slow crack growth.

The latter was reinforced in a lab session where the stress rate test for sensitivity to slow crack growth was carried out on glass. Finally on Friday, Luc Vandeperre from CASC introduced the use of strength statistics for designing with ceramics in an interactive tutorial with exercises.

The course was attended by a mix of people from Morgan Advanced Materials, Saint Gobain, the European Space Agency, a range of UK universities and an independent consultant.

Feedback from the attendees was that they would all recommend the school to a colleague as they gained knowledge from expert speakers over a good range of topics and had ample networking opportunities in a relaxed environment.

The fifth CASC Summer School on Ceramics took place from 17 to 19 September 2014 at Imperial College London.

A third component were master classes by experts in the field: Dr Esther Garcia-Tuñon Bianca from CASC on additive manufacturing, Dr David Pearmain and Dr Aminat Bolarinwa from Lucideon on scaling up field enhanced sintering for industrial application, Dr Annelies Malfliet (KU Leuven) on refractories for the copper industry and Prof John Fernie (AWE) on joining of ceramics.

89% of attendees were from industry and/or government labs and 94% would recommend the school to a colleague, especially if in need of a refresher or relatively new to the field.

The fourth CASC Summer School on Ceramics took place from 18 to 20 September 2013 at Imperial College London. There were about 22 attendees with a wide range of backgrounds and a good mixture of industrial and academic background.

The third CASC Summer School took place at Imperial College London from 12 to 14 September 2012. There were about 22 attendees with a wide range of backgrounds and a good mixture of industrial and academic background.

CASC ran its first ceramics summer school at Imperial College London from 14 to 16 September 2010. The school brought together twenty attendees from outside Imperial College with a wide range of backgrounds and an even mixture of industrial and academic experience, providing a venue for dialogue and networking.