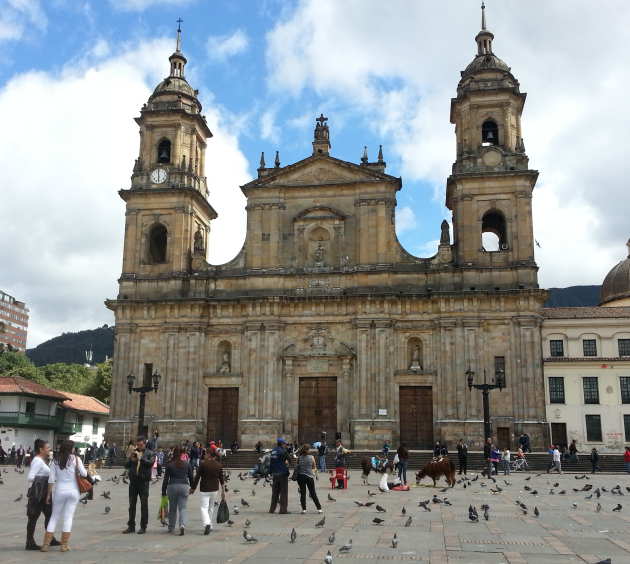 In late November, I had the opportunity to temporarily escape cold, sodden Britain and travel to Colombia to participate in a British Council workshop on UK-Colombia research and innovation collaboration. Colombia is not necessarily the first country that comes to mind when you think of international collaboration, due mainly to the perception of the country from its troubled recent past. As such, it has been somewhat off major backpacking trails and package holiday destinations, and, to be honest, it’s really not a place a lot of British people go. Things are changing, though, and the UK is paying attention.  Colombia’s recorded GDP growth rates of 4-5% per annum for the last decade, the country is stabilising and further opening up to inward investment, and people are taking notice. Two weeks before I arrived, Prince Charles visited Bogota on a state visit, and before that in February it was the turn of Nick Clegg, leading a major UK trade and business delegation. Direct flights resumed between Bogota and London in July after a 30-year break. The British Council operation in Colombia is the largest in Latin America, employing over 150 people, and has plans to grow three-fold over the next few years. And for researchers such as ourselves, a £3 million collaborative fund, known as the Newton-Caldas Fund, has launched to facilitate work between UK and Colombia researchers. 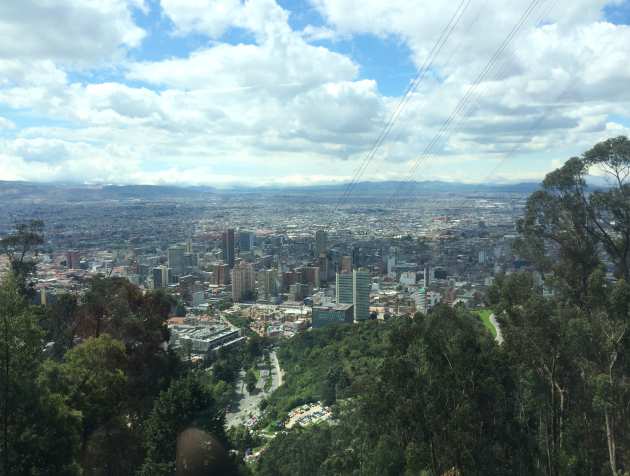 Colombia, despite its reputation, is a decent and reasonably safe place to visit, I found – certainly no more dangerous than Brazil or Peru, as long as you follow basic precautions and keep out of conflict areas. My tips for potential research collaborators from the UK are to learn some basic Spanish – Colombia is certainly not a country you can easily function in with no knowledge of the native language whatsoever, as I found out to my cost, and to make sure you’ve got a smartphone with you. Apps such as Google Translate, maps and taxi ordering services saved my metaphorical bacon several times while there, and made my trip an awful lot easier than it would have been even five years ago. Smart technology to the rescue!

Colombia, I was mildly surprised to find out, has a relatively clean electricity supply – roughly 65% of its 14GW of electricity capacity is sourced from hydro plants,  which are plentiful due to the country’s rugged Andean terrain. The other 35% comes from conventional thermal generation, mainly gas. While running your country on a base load of hydropower generation may seem appealing, due to its extremely flexible generating characteristics and renewable credentials, Colombia got a scare in 1993, when droughts caused by El Nino caused the levels of water to drop substantially, with a lack of long-term storage capability leading to brownouts. This caused the government to reduce dependence on hydropower and move to a more balanced portfolio. Climate change impacts will also be a issue here, as models predict less rainfall in the areas of Colombia with the largest hydro reserves. Colombia has barely any other renewable generation of scale, though the country’s huge biomass and biowaste reserves are being eyed up as ripe for potential, and the country has a large potential in solar PV and in offshore wind, where it boasts some of the best reserves in Latin America.

The workshop was held in Colombia’s third largest city, Cali, and was attended by forty participants, twenty from the UK and Colombia respectively.  We were divided into five roughly equal groups, in the areas of Science and Innovation Policy, Agriculture, Climate Change, Entrepreneurship and Cities. This was intended to allow us to work cross-disciplinarily with our Colombian partners and, over the two-and-a-half days of the workshop, to develop a collaborative project idea and (very) preliminary bid we could take away and work on. I ended up working on two projects, one on comparing the funding bodies involved in energy innovation between the UK and Colombia and one on setting up and delivering a UK-Colombia expert workshop on smart urban energy networks. At the end of the project, we as a whole group ranked projects on their relevance and delivery feasibility, and I was pleased that both of my projects ranked near the top, with the funding innovation project ranking in the top five projects of the workshop. 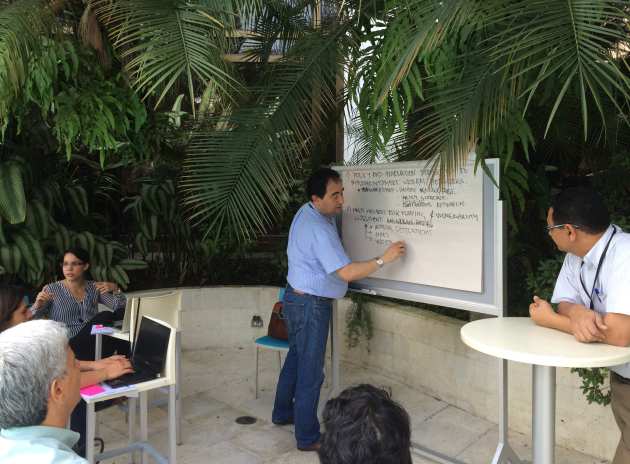 Overall, it was a very interesting and invigorating experience, with a unique chance to meet and interact with Colombian researchers. Colombia as a country is moving forward far more quickly than I anticipated before travelling there, and its people are enthusiastic and working hard towards this better future. Although their science and innovation policies are still nascent (Colombia ranks 7th in Latin America by paper and patent impact factor), there is a strong desire to change this, and the government has put in place a target to make Colombia into the 3rd most innovative nation in Latin America by 2025. I wish them well in this endeavour, and depending on how the bids for my projects go, this may not be the last you’ll hear about Colombia on these pages!