One of MAESTRO’s tasks is detecting medical staff and tools in the 3D space, which provides a better spatial understanding of the operating room. This document explains the relevant aspects of working with 3D detection within the MAESTRO project.

We annotated the pointclouds manually by drawing a 3D bounding box. The object of interest was humans with the class name ‘Human’. We used an online annotating platform called Supervisley (shown in Fig. 2) (Supervisely: Unified OS for Computer Vision, n.d.), which has the advantage of copying bounding boxes across frames which, in turn, allows a faster annotation procedure. Furthermore, it has a taskforce environment that splits the annotation work among annotators to supervise and validate the annotations by the reviewers or admins.

We used an off-the-shelf 3D detector called PV-RCNN(Shi et al., 2020). 3D detection models can be categorised into two main categories, Point-based and Voxel-based models. PV-RCNN has integrated the advantages of both categories into one model. The structure of PV-RCNN is shown below.

The model starts with voxelizing the input, dividing it into smaller chunks of pointclouds. The voxels are then fed into the 3D sparse convolutional encoder to extract multi-scale semantic features and generate a 3D object proposal. Using a novel voxel set abstraction module, the extracted voxel-level features at multiple neural layers are summarised and aggregated to form a set of key points. Then the keypoint features are aggregated to the ROI-grid points to extract proposal-specific features. Finally, a two-head, fully connected network refines the proposed boxes and predicts a confidence score.

As mentioned earlier, most 3D detectors (including PV-RCNN) are designed to work outdoors, specifically for autonomous driving applications/detection. The figure below shows the significant difference between AV pointclouds against MAESTRO pointcloud. In MAESTRO, Humans are represented by a high number of points in a dense configuration (because they are close to the sensor), and the dimensions of humans are large compared to the size of the environment (operating room). While in AV applications, humans are represented by a low number of relatively sparse pints and the dimensions of humans are relatively small compared to the environment (outdoor). As a result, we had to modify many parameters to cope with the inherent differences between human representations and environments.

We trained the model using one 12 GB VRAM Nvidia GTX 1080 GPU. The training time was 3 hours on average.

Most deep learning-based models are sensitive to hyperparameters, and the accuracy of the results depends heavily on the right choice of hyperparameters value. For our training, we used the following values:

The following figure shows a sample of the 3D detection results. We can see that the model detected two humans out of 4 in each image. This is due to the low number of training samples. Usually, 3D detection models are trained with 7000 samples, while we used only 150 for the preliminary experiment. Therefore, the following training batch will contain at least five times the number used for this batch.

After understanding the 3D detection problem and modifying models to work with our custom dataset, in the future, we aim to increase the number of instances in the dataset to increase its accuracy. We also aim to include more classes other than ‘human’. 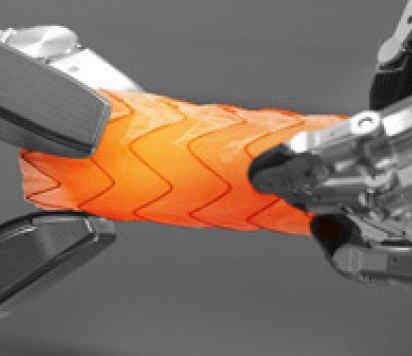