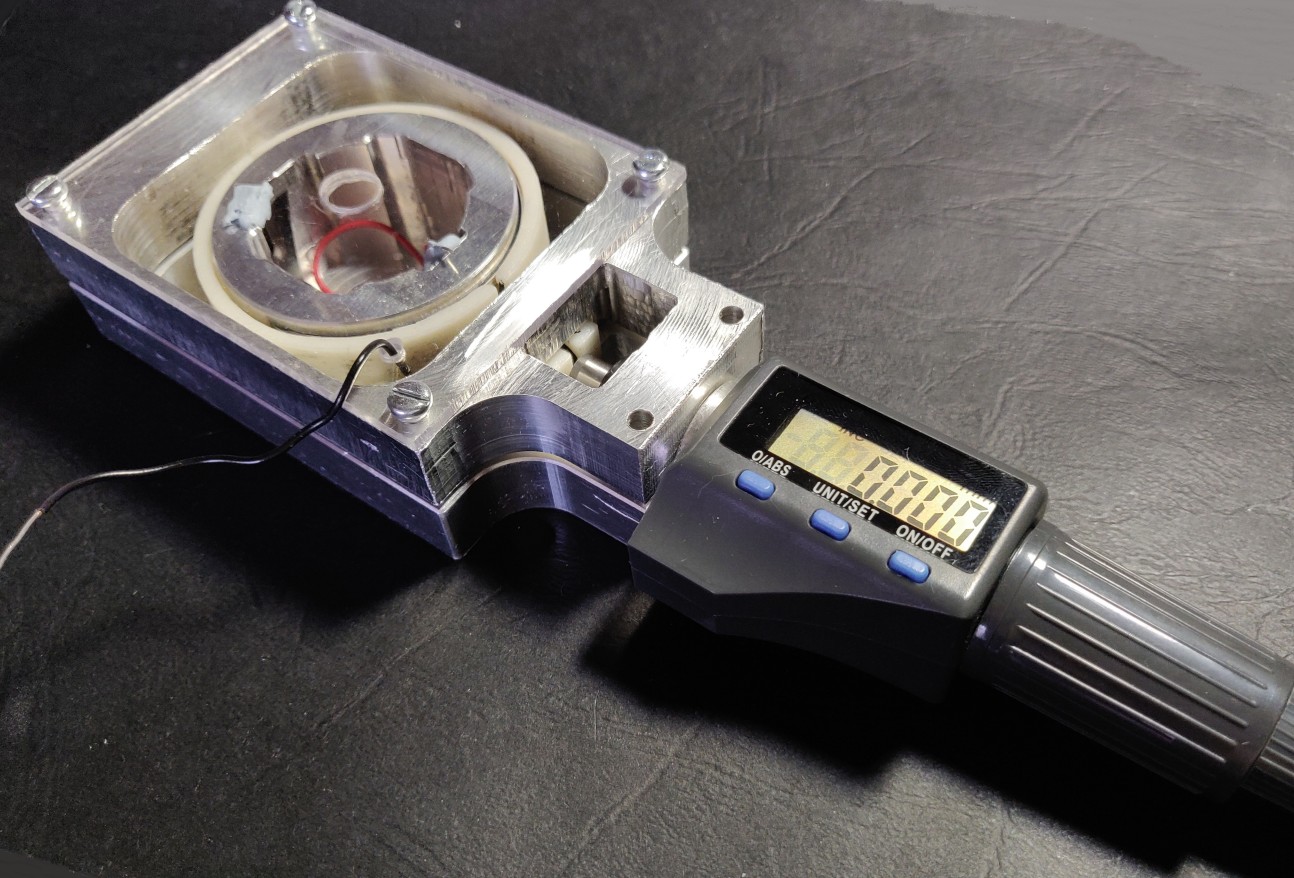 The thickness of the oil film in tribological components is a key parameter to determine its performance. If the film is very thin, contacts between solid surfaces can occur and cause high friction and wear. If the film is very thick, energy is expanded needlessly in overcoming churning losses. Measurement techniques such as electrical capacitance method, ultrasonic method and optical method are being effectively proved to measure the film thickness. These measuring techniques are used according to the appropriate measuring application. In addition, utilising a combination of the previously mentioned techniques in the same measurement can validate and consolidate the results. Hence, a prototype film thickness measuring device is developed to improve the measurement from the journal bearing rig in the tribology lab. The intention of this device is to utilise a direct measuring method with a micrometre to calibrate the capacitive and ultrasonic sensors that are used for measuring the film thickness inside of a journal bearing.