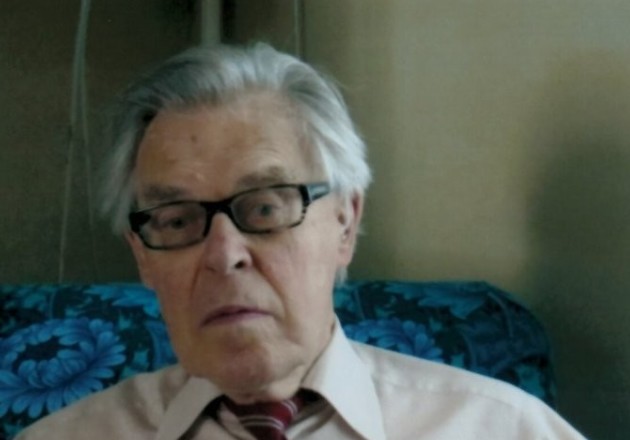 Professor David Ewins pays tribute to the late Professor Peter Grootenhuis, who passed away just before Christmas 2020 at the age of 96:

Peter was one of a small group of young staff who participated during the 1950s in the planning and development of the Department of Mechanical Engineering at Imperial which resulted in the opening of the current buildings in 1963.  In the decade leading up to that transformation, new courses were designed as part of a general goal to develop Imperial to be the UK’s equivalent of MIT (Massachusetts Institute of Technology).  Much of the new course structure was led by Sir Owen Saunders, with whom Peter had undertaken his PhD research on Transpiration Cooling of Turbine Blades.  Allegedly, Saunders said that Peter was ‘good with mathematics’ and so he would be the ideal person to take on the subject of Dynamics and Vibrations, for which role there was no immediate candidate. Peter did just that and remained Head of the Dynamics Section throughout the rest of his career, becoming Professor in 1972.  It can be noted that ‘his’ Section continues to enjoy a strong international reputation to this day.

Early in the 1960s, Peter spent a sabbatical year at Cornell University in the USA where he developed contacts with several notable US colleagues and brought many up-to-date ideas – such as Random Vibration - to the new courses at Imperial. He designed two of the laboratories in the new Mechanical Engineering building and these remained fully operational for over 50 years.  One was the Vibrations Lab on level 5, which today houses the Rolls-Royce Vibration UTC - installed there just 30 years ago - and the other was the Noise Lab in Room 123, which contained the necessary facilities for noise measurements, one of Peter’s specific interests within Dynamics.

Peter was an inspirational teacher, and a skilled user of chalk and board, although he would concentrate on ensuring his students understood the physics, rather than leaving just with a tidy set of notes.  He had poor eyesight throughout his career but had an uncanny knack of being able to point to exactly the right spot on the blackboard when referring to a specific equation – a skill which unnerved some students. In addition to the mainstream undergraduate Dynamics and Vibrations courses, Peter also developed an MSc course on Sound and Vibration in collaboration with the Physics Department.  This proved a very popular course and provided younger faculty that Peter hired with an excellent training ground for learning the skills of lecturing. It even claimed to have included now famous popular music professionals as students in the early days.

Peter had several collaborations with industry throughout his career. One major role was involvement in the rebuilding of the apartments and concert halls complex at the Barbican in the 1960s.  This project faced the challenge to isolate the new buildings from vibration and noise generated by the Metropolitan line which runs directly below the new development. It led to new methods of installing large buildings on foundations designed to isolate vibration and noise from the supported structure. This involved development and measurement of suitable materials and the use of constrained layer damping in concrete structures to improve absorption of dynamic inputs. These interests led him to work with the Admiralty on quiet ship applications, and with manufacturers of high-performance vibration excitation devices (as a director of Derritron 1969-1982).

He was a skilled experimentalist and was renowned for his nimble clambering over building sites, and up and down the stair ladders of frigates, notwithstanding his short-sightedness.  Indeed, he seemed to be able to measure vibration levels with his fingertips, instead of trying to read meters.

He was a member of the Ordnance Board, following his association with military applications, and a member of the Council of Imperial between 1974-1979, reflecting his keen interest with the internal running of the College.  He was for many years associated with the College cellar, in the days when Mr Mooney was in charge of these domestic matters.  Living within walking distance of the Department meant that Peter was closely associated with Imperial's interface with its neighbours. He was a Churchwarden of Holy Trinity Church in Prince Consort Road for 18 years and he was also a member of the Parochial Church Council for a span of 53 continuous years, from 1957-2010. He was a founder member of the Society for Environmental Engineers, and its President from 1964-1967, and he was elected to the Fellowship of the Royal Academy of Engineering in 1982. His election to a Fellowship of the City and Guilds of London Institute (FCGI) is possibly his most apposite honour, as he was a Guildsman, first and foremost."

"I have a favourite memory of him in the lab during my MSc, 1986-7. We were doing experiments on the vibrating beam rigs. Our group must have been getting a bit uppity, because Peter G nobbled our rig. He tightened the knife-edge clamps with the beam in a state of significant pre-tension, so that the response suggested a material much stiffer than steel and was also quite strongly non-linear. Then he watched what we would do, but never gave us the answer. It was certainly deliberate."

"I first met him on Monday 1 October 1979 @ 9.00 AM in Room 703  of the Mech Eng Building as he began to deliver his Vibrations lecture to eagerly-awaiting MSc students of the Advanced Applied Mechanics Course. His lectures allowed me to gain an excellent perspective of the subject as various fragments of knowledge I had previously acquired began to fall into place, like the pieces of a puzzle. He taught me how to distinguish between essentials and inessentials when faced with multifaceted problems of all kinds. He was the ultimate gentleman professor with the wisdom and kindness of a bygone era. His formative years predated the age of computer modelling, which empowered him to excel at devising uncluttered simple models to explain very complex phenomena."

"I was sad to read of the death of Professor Grootenhuis.  As Dr Grootenhuis in the early 60s he taught me Dynamics.  The

problems invariably resulted in a differential equation, which daunted and would have defeated me, except that Dr Grootenhuis being a mathematician considered solving the equation trivial.  What mattered was understanding and analysing the problem and I was quite good at that.  Having written the equation of motion move on to the next question, which suited me and I got good marks.

Twenty five years later I attended a reunion and met the now Professor Grootenhuis.  I admitted that had he called my bluff and asked me to solve any of those equations I would have been stumped.  "Don't worry," he said "it's even easier now.  We have computers to do it!" Inspiring words from a great teacher recalled over thirty years later."

"Professor Grootenhuis lectured me as an undergraduate, but it was later on a project in North-West Pakistan that I came to know him much better. Some reciprocating air compressors had troublesome vibration problems at 1-2 Hz due to an unfortunate design of the piled mounting blocks in soft sand. In 1985 he advised on the suitability of some large dynamic absorbers and came with me to the remote site of Iskanderabad, just 10km from Pakistan's North-West Frontier Province (now know as the Khyber Pakhtunkhwa). I can confirm your assertion as to how nimble he was on scaffolding and add that he did indeed feel the vibrations rather than make much use of our instrumentation as we tuned the dynamic absorbers."