Chris graduated from Imperial in 2006. He is now an engineering manager at Boeing Commercial Airplanes in Seattle, having previously worked at Airbus in the UK.

What did you learn during your time at Imperial, in class and out?

"I learned many things – most importantly what myself and others are capable of achieving with enough hard work and dedication."

"The studies were intense! In retrospect I’m very glad they were as it gave me the confidence to know that I could handle whatever challenge that has come since."

Tell us a bit about the work you’re doing now.

"I’m currently an Engineering Manager in the new airplane product development group at Boeing Commercial Airplanes. I’m responsible for several teams of engineers that are developing new technologies to make Boeing airplanes continue to be the best in the world. It’s as challenging as it is rewarding."

What jobs have you done since graduation?

"After graduating I joined Airbus UK on their 2 year Direct Entry Graduate programme – a fantastic training opportunity that allows you to do job rotations through many areas of the company. Highlights for me were working at the composite fabrication facility in Stade, Germany and working as an airline maintenance engineer with United Airlines in San Francisco.

As a US citizen, I decided to return to the States in 2008 and got a job with Boeing as a design engineer on the 787 wing. I joined the project in the midst of some very significant challenges. Thankfully I had a great education from Imperial and Airbus behind me and was able to jump right in. In 2010 I became design lead for the 787 spoilers – the bits at the back of the wing that pop up when you land. It’s very satisfying to see drawings of parts with your name on go into production, get put on an airplane and fly people all over the world." 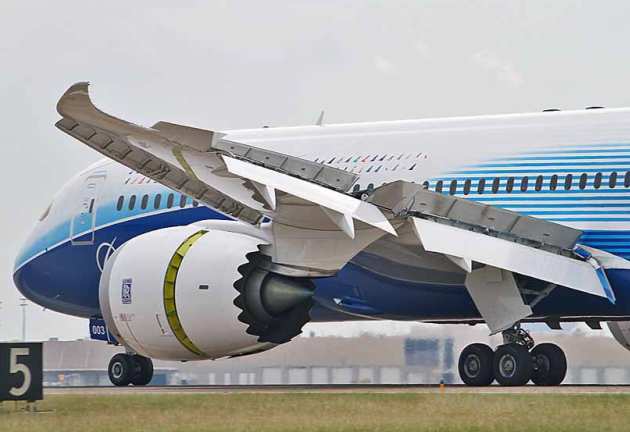 What have been your career highlights?

"Standing with my team on a cold December morning and watching the future of aviation that we helped create become a reality as the 787 took to the sky for the first time was certainly unforgettable."

"Education is like an investment with compound interest. If you put a lot of effort in early on, it pays big dividends later on. A few years of intense work is well worth the decades of payback you will get.

Also you have to trust your teachers and the course. A lot of what I learned in Mechanical Engineering at Imperial I thought I’d never apply in 'real life'. What I realized afterwards is that learning all the specific mathematical proofs is not the point. The point is to learn how to solve complex problems with logic and ingenuity – which is very useful indeed."

"Leaving a great job, friends and family behind to move to a different country."

What are you most proud of in your life?

"Having the conviction to make a tough decision to leave a great job, friends and family behind to move to a different country to get a better job with new friends and a family of my own."