"The most important thing I’ve learnt throughout the course is how to combine analytical and creative thought. "

My decision to study Mechanical Engineering at Imperial was quite a sudden one, but once I discovered it, I knew it was the degree for me. It was only when I was 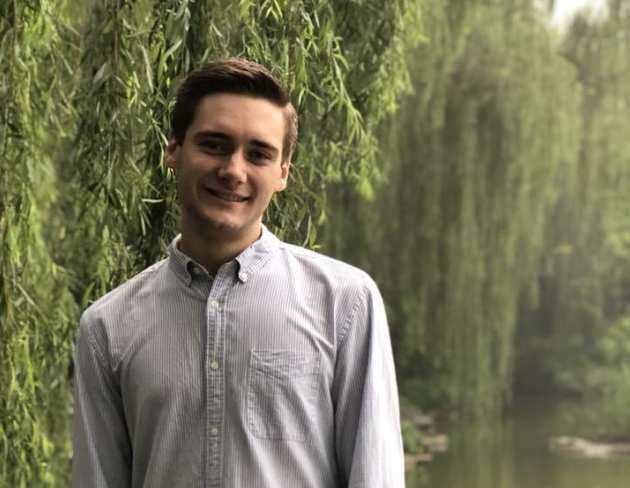 preparing my university applications to study Physics did I come across a student in the year above me who was going to be studying Engineering. I had always loved mathematics and physics, but up until this point I had never been introduced to the discipline of Engineering simply because it was never a subject that could be taken at school. But after this initial seed of information and subsequent investigating, it became immediately obvious that this was the discipline to best combine mathematics, physics, and practicality to best address the imminent global problems of increasing renewability. Imperial became the natural location for UK study due to its central location, industrial connections, and renowned teaching and quality.

I believe the journey through the course to become an Engineer is similar in many respects to becoming a Chef. The first stages are very analogous to following a cook book and understanding the foundations, the next stages are like learning how to change recipes and to introduce new features through an underlying understanding, and the final stages are finally becoming the chef, when new recipes can be invented, and the breadth of possibility becomes evident. In this respect, the final two years of the degree are by far the most rewarding, as by this point you begin to understand things well enough to generate and justify your own designs and ideas, which is hugely satisfying to do in areas of engineering which you care a lot about.

The most important thing I’ve learnt throughout the course is how to combine analytical and creative thought. Mathematics and physics are essential to all engineering designs, but a big part of engineering is creativity as well as effectively communicating ideas before they are fully developed. Understanding how new creations are likely to behave before they have been developed requires a great deal of analytical and intuitive understanding and is by far the most important thing I’ve learnt on the course. This understanding is also widely valuable in other disciplines from policy to finance and business, which gives graduates the ability to pursue other sectors very easily should they wish.

My main piece of advice to prospective students would be to seriously consider the location of the university in which you intend to pursue a degree. I know graduation seems like a long way away, especially when the degree hasn’t even begun, but the friends and industrial connections you make whilst at university will have a very big impact on your long-term trajectory. In terms of advice during the course itself, all I can say is get involved in societies and democracy! The amount of student representation in all aspects of university life and even the structure of the university courses is really astounding, so absolutely get involved and have your say, whether it’s a sport club or deciding how aspects of your course would best be taught.

Once I have completed my studies at Imperial, I intend to go to the United States to pursue a PhD in electrochemical storage, specifically in rechargeable batteries with an emphasis on electric vehicle applications, as I believe this is one of the best ways that I can help improve technologies that will reduce our reliance on fossil fuels.