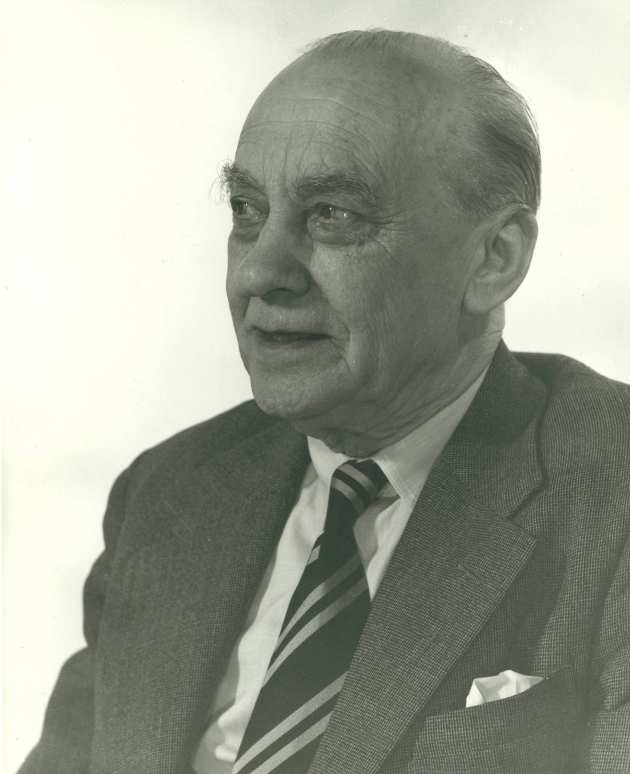 The Institute of Security Science and Technology's annual security science lecture is named in honour of Professor H. V. A. Briscoe (b. 1888, d. 1961).

Vincent Briscoe was a distinguished inorganic chemist in the Department of Chemistry (1932 – 1954). He began his career in the College as an undergraduate from 1906 – 1909 where he worked under Professor T. E. Thorpe, and was a lecturer at the College during the First World War. He then became Professor at the Sir John Cass Technical Institute and Armstrong College, Newcastle before being appointed as Chair of Inorganic chemistry at Imperial in 1932 – the first Professor of Inorganic chemistry in the country – becoming Head of Department in 1949. During his war work he explored the chemistry of thorium and the rare earths as well as working on a number of secret projects. He worked on phosgene, high vacuum techniques, and made precise atomic weight determinations of vanadium, tin, thallium, boron and bromine, and pioneered isotopic labelling techniques using 2H and 18O to study exchange reactions. He was famous for his lecture demonstrations, and also apparently a keen motorist whose knowledge of London streets ‘would not have disgraced a taxi driver’. The Undergraduate Physical Chemistry Laboratory in the Chemistry Building at South Kensington is named after him.

To mark the centenary of the founding of the British Security Service (MI5), Professor Christopher Andrew (Professor of Modern and Contemporary History, Corpus Christi College, Cambridge) was given exclusive access to the Service's files and archives in order to produce an authorised history of the Service: The Defence of the Realm. In his book, Professor Andrew credits Briscoe with providing the first independent scientific advice to the Service, in 1915, on the subject of secret German writing. Service records indicate Briscoe's continuing assistance throughout the inter-war years and during and after the Second World War.

Find out more about the Vincent Briscoe Lecture and see all previous lecture recordings since 2011.

Previous lectures in this series

2021 - A world of possibilities: leading the way in cyber and technology

2019 - Computers and spies: the rise of technology and death of secrets

2018 - Digital policing: the changing role of technology in law enforcement

2016 - 60 years of nuclear nonproliferation: who's the adversary now?