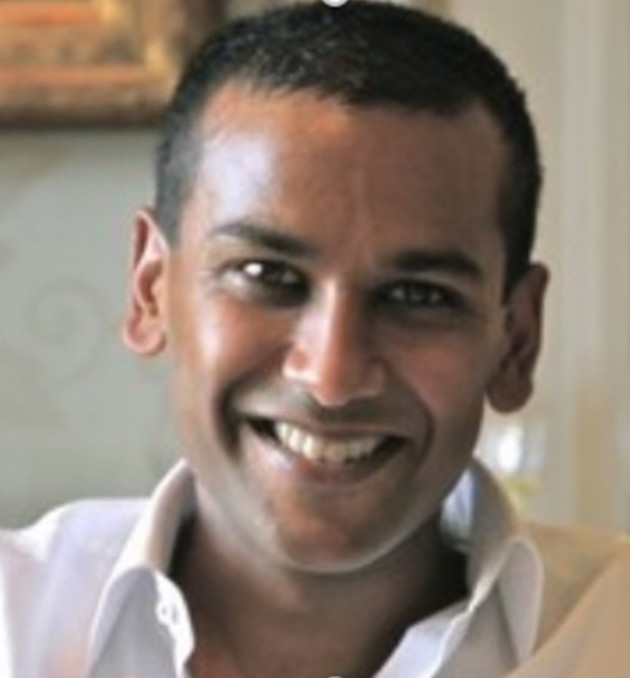 Deepak graduated in 1993 with a BEng in EEE. While at Imperial he was active in our department as the Dep Rep in his final year, and was also Editor-in-Chief of “Capital”, the Finance Society magazine. The broad skills he learned in engineering mathematics led him first into the City, and a Masters in Management, and now he is founder and CEO of 'Heritage' based in Hong Kong, a company that supports the growth and development of wine estates and their winemakers.

Why did you choose Imperial as the place to follow your interest in STEM subjects? Survey ranking: STEM world #1. Location: London — I had grown up in Paris and Brussels, and London was attractive. Course length: after only three years, I would hold a degree recognised worldwide. Experience: the experience of my application and admission was very positive (the then head of admissions being Dr Keith Leaver) Fees: as an EU student, tuition was very low.

What did you learn during your time at Imperial, in class or out? The ‘power’ of applying mathematics to solving problems – any problems. This, together with the discovery of the City of London and the finance sector where I could apply all my STEM skills, prompted me to choose financial markets to start my career. Being in London, one of the world’s wine consumption capitals, I also developed my tasting palate while at Imperial, and this fuelled my second career. My years at Imperial taught me many a thing about life, and its where I graduated to becoming an adult!

Who inspired you at Imperial and why? I realised quite quickly that I wanted to enter the finance field and was wondering whether I would perhaps be betraying my chosen field of study by doing so. Prof. Robert Spence was very supportive of my plans and supported me in thinking broadly about applying my engineering skills.

What is your fondest memory of your time here? The Graduation Ceremony at the Royal Albert Hall.

Please tell us about the work you’re doing now. I am the founder and CEO of a company called Heritage based in Hong Kong where I have resided since 1997. Heritage began its operations in 2013 and supports the growth and development plans of wine estates and their winemakers, especially in Burgundy. We commit our ideas and resources to help wine estates expand their production and improve their control on distribution. My first career, from 1995 to 2012, was in investment banking, principally at Goldman Sachs. After Imperial, I went to HEC Paris from which I graduated with Master’s in Management in 1995.

How has what you learnt in the Department helped you in your career so far? The intellectual rigour of an engineer’s mind combined with our very practical and results-oriented approach to work have served me well throughout my career.

What have been your career highlights and/or challenges? Working internationally in London, Hong Kong and Tokyo. Achieving the highly coveted rank of ‘managing director’ at Goldman Sachs. Successfully switching careers from finance to the wine industry. Meeting and working with a very large number of talented people. Having never compromised on my principles.

What are your career plans for the future? To continue to develop and grow Heritage and the group it was merged into called FICOFI (www.ficofi.com).

What advice would you give to women students starting a career in the sector, or girls who are thinking about studying STEM? My wife, (only) sister and (all) sisters-in-law are all engineers, so I recommend it unreservedly to any woman. This creative field needs as much diversity as possible.

What makes you proud to be an Imperial alumnus? The very high regard both the college and its alums are held in across the world. The fact that some of my children have Imperial on their list of aspirational universities to attend.