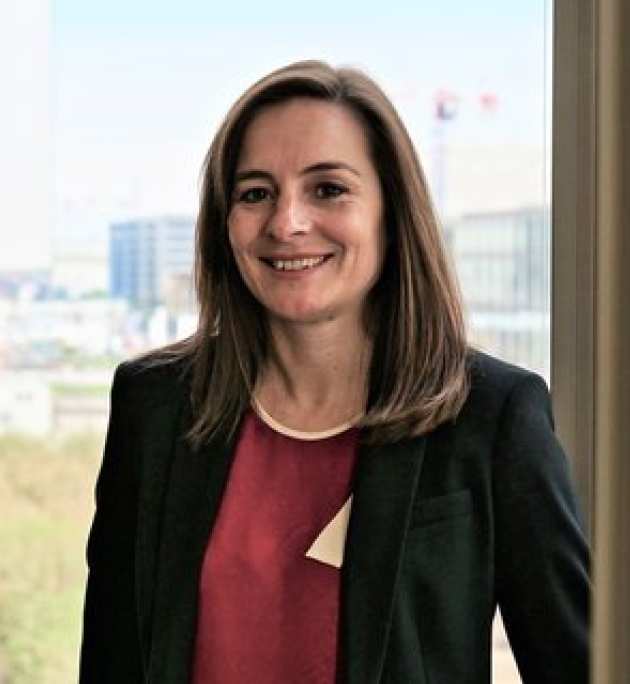 Vera Silva graduated from Imperial with a PhD in Electrical and Electronic Engineering in 2010. While at Imperial she was involved in the language exchange, helping students with English and Portuguese.

Prior to her role as Chief Technology Officer GE Grid Solutions, Vera was program director for electricity systems and markets and senior R&D engineer at Electricité de France (EDF). Vera was recognised as “Engineer of the Year” in 2016 by the IEEE Power and Energy Society.

"Don't doubt your ability to succeed in STEM careers. Remember that you don’t need to be 100% ready for the job before you put yourself forward to take it. Take the opportunity and do your best by putting your heart and your mind to it, be genuine, transparent and co-operative."

How did you find life at Imperial as a woman? I found it a great place since there were several women scientists in college I could follow as role models.

What did you learn during your time at Imperial, in class or out? I learned that you need to be perseverant and resilient to complete the PhD studies. I also feel I had a strong incentive to always do better since I was surrounded by brilliant students. I also got the opportunity to develop skills such as project management and cooperation between industry, policy makers and academia thanks to the projects between industry and Imperial.

What is your fondest memory of your time here? Making new friends from all cultural backgrounds who made me feel how large and diverse the world is.

Please tell us about the work you’re doing now. As Chief Technology Officer of GE, leading a global team of 3,400 engineers in over 17 countries. In this role, I lead the engineering team responsible for designing systems and products in high voltage equipment, HVDC systems, grid automation, grid software and grid services.

How has what you learnt in the Department helped you in your career so far? The ability to work in multicultural teams and the ability to bridge the gap between academic and industrial R&D.

What have been your career highlights and challenges? Becoming CTO of one of the top three global electrical systems and equipment providers, in a world where few women reach the leadership table and seldom in a technology leader role. Succeeding in only nine years to reach simultaneously both the highest technical grade and the leadership team of EDF R&D. Making an impact on the current thinking and understanding of the integration of renewable energy in the electricity system.

What advice would you give to women students starting a career in the sector, or girls who are thinking about studying STEM? That they should not doubt their ability to succeed in STEM careers and understand that they take any role providing they go for it. Remember that you don’t need to be 100% ready for the job before you put yourself forward to take it. Take the opportunity and do your best by putting your heart and your mind to it, be genuine, transparent and cooperative.

What makes you proud to be an Imperial alumna? To be part of an institution that has made so much difference to technology and science as we know it either by educating great people or developing good research.

What one word or phrase would you use to describe Imperial alumni? A global family of curious, passionate and talented people!