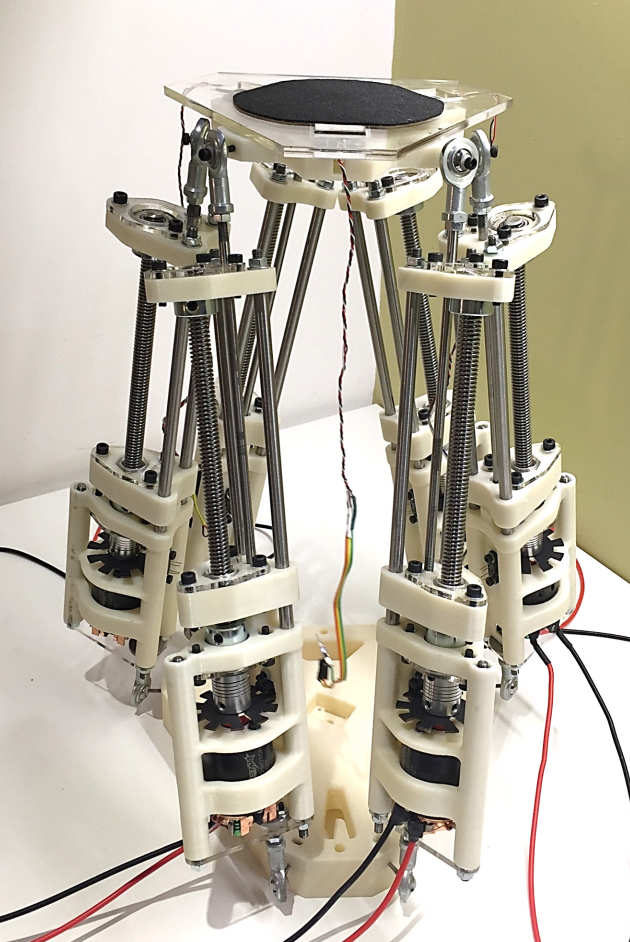 Manual transportation of liquids in open containers, such as hot beverages, presents a challenge for many disabled people, who often have a reduced ability to carry objects through their house due to using crutches, being in a wheelchair or being impeded in another way. This project is developing a mobile robot that can transport objects around the house. The transported object is automatically stabilised, preventing spilling due to any disturbance, such as unevenness in the floor or accelerations due to the robot’s motion.

The focus of the work is on the stabilisation aspect, including the design of a Stewart Platform that will emulate the motion of a variable-length pendulum to reduce lateral forces on the object, improving stability. A sophisticated path-planning algorithm and control system have also been developed in order to reproduce the desired compensatory motions.