Leadership statement on governance arrangements for intellectual property (IP), clarity of research commercialisation policies and practices and approaches to maximising benefits to society

The statement below has been drafted in response to a recommendation from a review conducted by Professor McMillan (HEFCE’s knowledge exchange champion) which focused on good practice in technology transfer. The review recommended that university leadership should be invited to publish a statement on IP, research commercialisation policies, maximising benefits to society, and support of academic entrepreneurship. You can read the full review online.

Imperial College London focuses exclusively on science, engineering, medicine and business and has a community of 3,800 academic and research staff, and 15,700 full time students from 130 countries. Imperial is home to the greatest concentration of high-impact research of any major UK university and is consistently placed in the top ten of the world rankings. 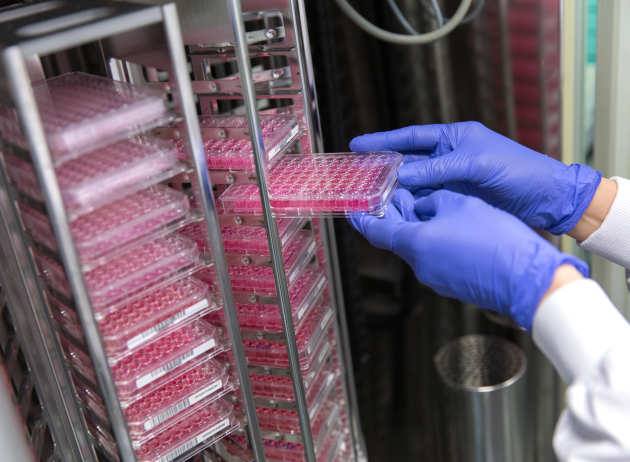 Imperial College London’s current strategy has embedding the educational experience in a vibrant, research-led, entrepreneurial environment as one of its foundations. Imperial is the only UK university to have the “application of its research to industry” as an objective laid out in its founding charter (in 1907) and reiterated in its mission today. This objective has shaped the culture and priorities within the university over the past 100 years by encouraging and facilitating innovators to protect and commercialise their creative outputs and is demonstrated by the results of the 2014 Research Excellence Framework in which the impact of Imperial’s research was assessed as the highest of any major UK university. Further, in May 2017, Imperial was ranked second in Reuters’ Europe’s Most Innovative Universities listing; a ranking based on patent portfolio (volume and success rate) and publication citations by industry.

Imperial College London provides skills development as well as physical infrastructure for an ecosystem to support entrepreneurial activity for its whole community. The university, alongside its commercialisation partner, Imperial Innovations Ltd (a subsidiary of Touchstone Innovations plc), provide staff and students with training to improve their effectiveness as inventors and company officers. The university provides access to physical real estate to enable startup companies (from inside and outside the College) to develop.  At its White City Campus, Imperial provides lab and office space for co-location of large corporates, startup companies, SMEs, service organisations, and academia – enabling effective exchange of people and technology with a view to accelerating the societal impact of the fruits of its research.

Imperial has established new facilities, including the Imperial College Advanced Hackspace and the Invention Rooms, for experiential learning for students, alumni and staff in the field of entrepreneurship and technology development, promoting the exploration of ideas and formation of teams, pre-company. The Enterprise Lab together with other initiatives across Imperial encourages entrepreneurial students to participate by running competitions with cash prizes to invest in the winning team’s business ideas.

IP commercialisation is provided by Imperial Innovations and is progressed by the highly skilled and experienced staff of the company which has funds for registering and prosecuting patents and dedicated teams for licensing and creating spinouts.

Clarity of roles and expectations

Academic staff are attracted to Imperial College London to build their research groups here by the excellent research facilities, support and infrastructure. A key element to the support provided to academics is the well-developed and established governance of intellectual property (IP) that has been designed to encourage, capture, protect, and cultivate a new technology’s lifecycle from its initial concept to its use and spread for the benefit of the economy and society.

When an invention arises from a research project that has commercial application, Imperial has established a framework of clear policies and support for IP which is applicable to its whole community of staff and students and is widely publicised. Further, Imperial has one of the most generous university inventor reward schemes in the UK with inventors receiving 40% of royalties.

Prior to Imperial Innovations commercialising any newly disclosed IP, Imperial conducts robust due diligence on the project that gave rise to the IP in order to ensure the terms and conditions of the project’s funders and collaborators are identified and honoured.

Imperial is a pioneer in the technology transfer sector. In 2006, it made the bold move of listing its technology transfer office, Imperial Innovations, on the AIM stock market in order to raise capital to invest in its spinouts. The listed company has grown into a major investor in technology startups, reporting a net portfolio of investments in university spinouts (including Oxford, Cambridge and UCL) worth £335m (as at August 2016) and still has a special relationship with Imperial College and its spinouts.

In August 2017, Imperial College London and Imperial Innovations challenged the norm of the UK technology transfer sector’s practice of universities taking a large and controlling equity stake in their spinouts by launching a new initiative, known as Founders ChoiceTM, designed to encourage more inventors with ideas for new businesses to pursue their ambitions and achieve societal impact. Founders ChoiceTM gives entrepreneurial staff the opportunity to take the reins in building the business and finding the investors themselves; in return for this extra work the founders can receive up to 95% of the founding equity in the spinout. The initiative offers academics founding spinout companies a choice between two routes, differentiated by the academics’ involvement, the level of support they wish to receive from Imperial Innovations and the equity distribution. The current option for spinouts will continue to be available under the Founders ChoiceTM programme so academics can opt for the full support from Imperial Innovations, with a lower share of equity. Imperial is the first UK university to roll out such an initiative and aspires to influence other universities in a more flexible approach to their policies and practices for founding spinouts.

The management of IP is governed by practices that meet the charitable objective of the university to foster research that benefits society. Imperial regularly reviews the framework in place governing the arrangements for IP to ensure that they are fit for purpose, relevant and are kept abreast with advances in technology and knowledge exchange activities. A joint board, comprising members of Imperial College London and Imperial Innovations (and its parent company), meets quarterly to oversee operational and strategic objectives for commercialising Imperial IP.