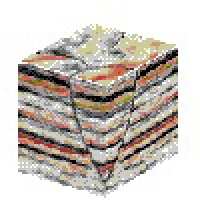 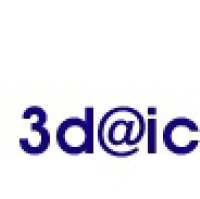 The use of 3D seismic data within industry and academia has provided many new and exciting insights on geological processes in sedimentary basins.

The ability to map structures and stratigraphic features in three-dimensional detail to scales previously unattainable has yielded some important (and surprising) insights and will continue to stimulate and enthuse researchers and students for many years to come.

The 3D Seismic Lab at Imperial has been at the forefront of using 3D seismic data for academic research - we first started our 3D seismic lab in 1993 under the forward thinking leadership of Joe Cartwright, and continue to engage in world class research to this day.

Current research is focussed on gravitational systems on continental margins and quantification of the interaction between structural growth and sediment routing systems. More information.

Key achievements of the group include:

The 3D seismic lab is led by Lidia Lonergan. We run a cluster of workstations using Landmark software, and have a wide ranging database of  datasets from basins around the world.

Over 20 PhD students have graduated from the group since 1996 and gone on to careers in industry and academia. We have hosted 30-40 MSc/MPhil/Msci projects over the years and visiting research students from Granada university.

The pioneering work of this group led  to the inclusion of practical 3D seismic courses within our  teaching curriculum in the late 1990s on the Petroleum Geoscience and Geophysics MSc courses, and now the use of 3D seismic data is a fully integrated part of our Petroleum Msc courses.