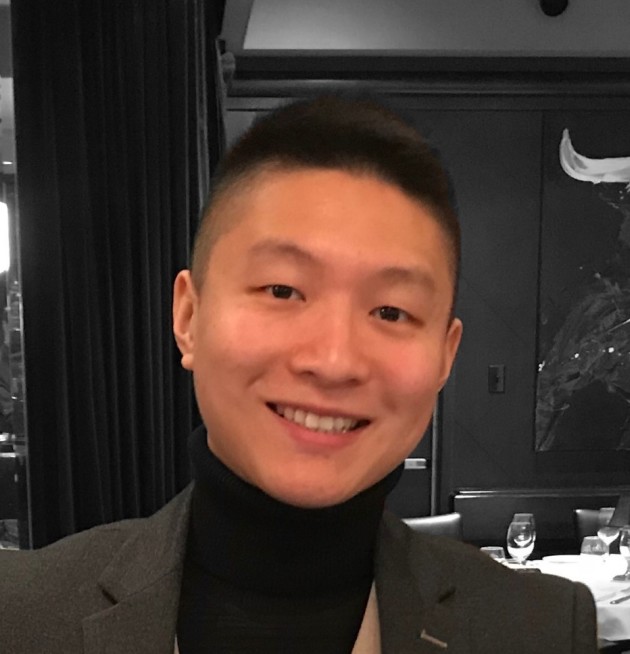 Chaohan Wang is a PhD student in our Circuits and Systems research group. He is working on designing integrated circuits with memristors – very small devices which are able to memorise voltages that have been applied to them in the past. They allow us to store a lot of information in a very small space and provide the potential to create tiny complex circuits with brain-like memory and computational power.

Outside of the hardware lab, you are likely to find Chaohan playing football as captain of Imperial’s Chinese team, or plugged into his electric guitar; rock music and football are two of the UK’s biggest cultural exports, and two of the reasons he chose to study here.

Imperial is one of the world’s most international universities. We believe that innovation thrives when cultures collide and collaborate. As inventors and innovators, engineers can contribute so much more when we understand the challenges facing the world from a different perspective.

“I grew up in a northeast province in China and spent six wonderful years in Montreal, Canada, and now I am here at Imperial College. It is a great opportunity for me to live, study, and research in different world-class institutes alongside people with different backgrounds, and understand the world better through my experiences.”

Foreign languages and international study can be hugely beneficial to professional engineers. Being able to speak a foreign language can enable us to more fully understand and communicate our big ideas to a bigger audience.

Chaohan has learned that language is a vitally important tool. "I believe that language is the key to a culture. When I landed in Montreal, I didn’t speak French at all, and honestly I could not understand English well when it came with French accent. At that time I always believed that Chinese food is the best, that China has the greatest history... and I felt upset and lonely, sometimes I doubted myself. After my English was improved and I started to learn French, I learned how to embrace this new culture, make new friends and express my thoughts clearly. I tried French cuisine, I started to learn western history and poetry, I did lots of things beyond my school studies, and I started to understand the cultural differences between China and the western world.”

Chaohan says he has had great help and encouragement from his PhD supervisor in the department, Dr Christos Papavasilliou. “He is not only a supervisor, but a great mentor to me. Dr Papavassiliou is very supportive. Sometimes even if I do not have any progress on the project, we can talk about something else.

Chaohan is a keen cyclist and his next goal is to cycle around the UK, to get to know the country better, and has also thought about how he can help make a difference to other students in the future: “I think the most challenging part [of studying] is keeping good well-being, so I also want to establish a charity organisation focusing on students’ well-being. All these plans will depend on what is changing in the world; Covid has changed our lives permanently.”