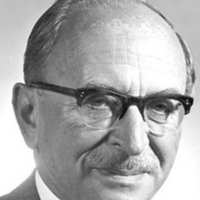 The Hungarian-born electrical engineer Dennis Gabor won the Nobel Prize for Physics in 1971 for his invention of holography, a system of lensless, three-dimensional photography that has many applications.

A research engineer for the firm of Siemens and Halske in Berlin from 1927, Gabor left Germany in 1933 and worked with the Thomson-Houston Company in England, later becoming a British subject. In 1947 he conceived the idea of holography and by employing conventional filtered-light sources, developed the basic technique. Conventional light sources generally provided either too little light, or light that was too diffuse, so holography did not become commercially feasible until the 1960s with the demonstration of the laser, which amplifies the intensity of light waves. 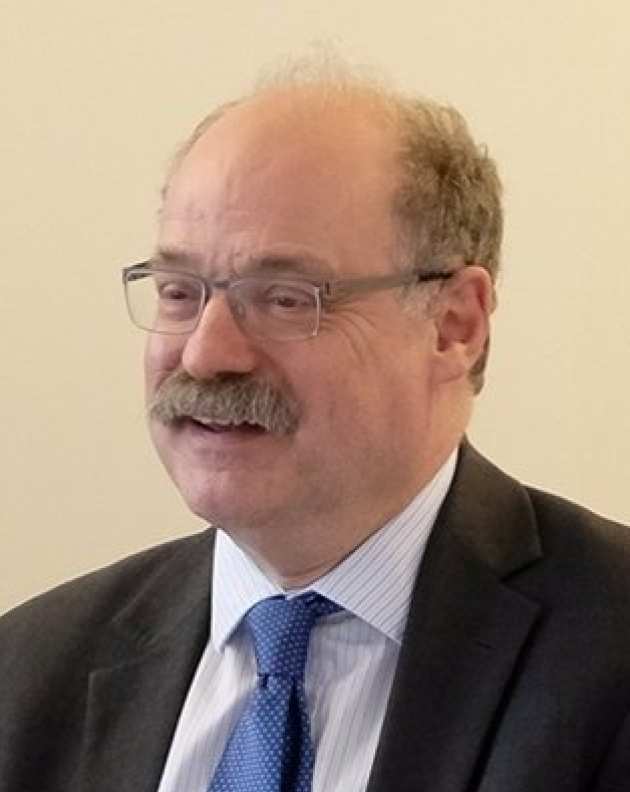 Sir Mark Walport, Chief Executive of UK Research and Innovation, discussed Gabor’s “Inventing the Future” with the benefit of 55 years of hindsight.

Sir Mark is Chief Executive of UK Research and Innovation, which brings together the seven Research Councils, Innovate UK and Research England.

He has been a champion for science, engineering and technology in his role as Government Chief Scientific Adviser, Head of the Government Office for Science and Co-Chair of the Prime Minister’s Council for Science and Technology.

As former Director of the Wellcome Trust, Sir Mark has experience running a large scale research organisation and global charitable foundation.A distinguished scientist in his own right, Sir Mark was also Professor of Medicine and Head of the Division of Medicine at Imperial College London.

Before becoming GCSA, he conducted independent reviews for the UK Government on the use and sharing of personal information in the public and private sectors:  ‘Data Sharing Review’ (2009); and secondary education:  ‘Science and Mathematics: Secondary Education for the 21st Century’ (2010).

He received a knighthood in the 2009 New Year Honours List for services to medical research and was elected as Fellow of The Royal Society in 2011.

2017 Life After the App: How Humans Will Connect With Ubiquitous Sensing - Professor J Paradiso

We have already witnessed profound and often unanticipated developments as IoT starts to build out and the world is mediated via a mainly graphic wireless device held at arms length.  But what will happen once the world is precognitively interpreted by what we term ‘sensory prosthetics’ that change what and how humans physically perceive, a world where your own intelligence is split ever more seamlessly between your brain and the cloud?  Accordingly, this talk will overview the broad theme of interfacing humans to the ubiquitous electronic "nervous system" that sensor networks will soon extend across things, places, and people, going well beyond the ‘Internet of Things,’ to challenge the notion of physical presence.  I'll illustrate this through two avenues of research - one looking at a new kind of digital "omniscience" (e.g., different kinds of browsers for sensor network data & agile frameworks for sensor representation) and the other looking at buildings & tools as "prosthetic" extensions of humans (e.g., making HVAC and lighting systems an extension of your natural activity and sense of comfort, or smart tools as human-robot cooperation in the hand), drawing from many projects that are running in my group at the MIT Media Lab and touching on technical areas ranging from wearable sensing/computing to spatialized audio and distributed sensor networks. 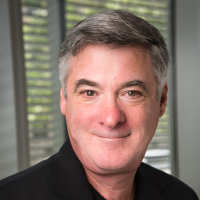 Joseph Paradiso is the Alexander W. Dreyfoos Professor at MIT's Program in Media Arts and Sciences. He directs the MIT Media Lab's Responsive Environments Group, which explores how sensor networks augment and mediate human experience, interaction and perception. He received a B.S. in electrical engineering and physics summa cum laude from Tufts University, and a Ph.D. in physics from MIT with Prof. Ulrich Becker in the Nobel Prize-winning group headed by Prof. Samuel C.C. Ting at the MIT Laboratory for Nuclear Science. Paradiso's research focuses include ubiquitous computing, embedded systems, sensor networks, wearable and body area networks, energy harvesting and power management for embedded sensors, and interactive media. He also designed and built one of the world's largest modular synthesizers, and has designed MIDI systems for the musicians Pat Metheny and Lyle Mays. The synthesizer currently streams live-generated audio over the internet.

We’re on the edge of a fourth industrial revolution which is going to fundamentally change the way we live, work and communicate. This revolution is powered by a fusion of all the technologies that have come before, but to leverage the full scope of the opportunity will require new levels of collaboration between societies, industries, academia and governments. At the heart of this potential leap forward will be engineers conceiving and creating the infrastructure of our future. Naomi will talk about some of the ways that the world is likely to change and the importance of engineering as a key to delivering against the high-tech promise of the future. 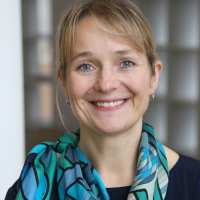 Naomi Climer FREng BSc CEng FIET is President of the Institution of Engineering and Technology (IET) - The IET is one of the world’s largest engineering professional bodies with Over 167,000 members in 127 countries. It is also the most multidisciplinary – to reflect the increasingly diverse nature of engineering in the 21st century.

After studying Chemistry with Management Science at Imperial, London, Naomi trained as an Engineer at the BBC and has worked in technical and leadership roles across BBC Radio, BBC World Service and BBC News as well as at ITV and in local radio. Naomi is a well known thought leader in the Broadcast and Media industry internationally and is an active campaigner for gender diversity within the engineering profession and beyond.

In her spare time, Naomi is chair of the UK Government (DCMS) Future Communications Challenge Group (FCCG) looking at the technology opportunities for the UK around 5G, chair of the International Broadcasting Convention (IBC) Council and a keen sailor, motorcyclist and all things outdoors.

2015 U+ Life: The Era of MicroChip Medicine - Professor Chris Toumazou

U+ Life captures the idea for a brand that will encompass semiconductor technology and bring Microchips to life through Chronic Disease. As the population grows older the world is confronted with a mass of Chronic diseases such as Diabetes, Obesity, Cardiovascular disease, Renal disease etc., which we will try to manage better, otherwise the human financial costs will continue to escalate.

U+ Life provides personalised solutions for early detection, point of care diagnostics and therapeutics to help tackle the global problem of Chronic disease in a consumer oriented way.

The talk will focus on the Application of Microchip Technology to monitor and replicate Biology from early detection right through to Therapy.

A Microchip based Artificial Pancreas through to a Lab on Chip Genetic test will be discussed. U+ Life bridges lifestyle /epigenetics with applications ranging from the Beauty Industry through to Oncology. 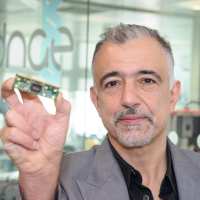 Professor Chris Toumazou, Regius Professor of Engineering, Chair in Biomedical Circuit Design, Director of the Centre for Bio-Inspired Technology and Founder and Chief Scientist for the Institute of Biomedical Engineering at Imperial College. He is Founder, Chairman or CEO of two successful Medical Device Companies (Toumaz Technology and DNA Electronics) and Chief Scientific Advisor to GENEU. He is distinguished for his innovative silicon technology and integrated circuit design for electronic device in the field of devices for medical diagnosis and therapy.

In 1994 Toumazou was appointed the youngest Professor ever to be appointed at Imperial College, at the age of 33. In 2013 he became London’s First Regius Professor of Engineering conferred to Imperial College during the Queen’s Diamond Jubilee. Toumazou’s research include cochlear implants for born-deaf children, an artificial pancreas for type 1 diabetics, wireless heart monitors for personalised ambulatory health monitoring pre- and post- operatively, inventing semiconductor-based DNA sequencing and inventing an intelligent neural stimulator as a drug alternative for obesity.

For over 100 years Rolls-Royce has been at the leading edge of technology development for power and propulsion. In that time both aircraft and ships have become increasingly electrified, a trend which has increased sharply in the last decade, demonstrated by the Boeing 787 ‘More Electric Aircraft’ and the ‘Full Electric Propulsion’ Type 45 Destroyer.

In this lecture Colin Smith will discuss the history of electric technology development for aerospace and marine and present the future vision for aircraft propulsion, where the challenges of combining gas turbine and superconducting electrical technologies are great. 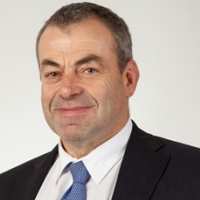 Colin Smith is Director – Engineering & Technology and a member of the Board of Rolls-Royce.

He joined Rolls-Royce as an undergraduate apprentice at the Leavesden engine factory in 1974, following graduation in Mechanical Engineering at the University of Southampton. He worked on a number of helicopter engine projects before becoming Chief Engineer of Small Engines at Rolls-Royce in Bristol.

2013 The Life and Times of Dennis Gabor - Professor Laszlo Solymar

Laszlo Solymar was born in Hungary. In 1956 he settled in England. After nine years in British industry he joined the University of Oxford where he is now an Emeritus Professor of Applied Electromagnetism.

During his career he had visiting professorships at the Universities of Paris, Copenhagen, Osnabruck, Berlin, Madrid, Budapest and, since 2000, Imperial College London.  He did research on antennas, microwaves, superconductors, holographic gratings, photorefractive materials and metamaterials. He has published seven books (three research books, three textbooks and one popular book) and 300 papers.

In 1992 he received the Faraday Medal of the Institution of the Electrical Engineers and he was elected to the Royal Society in 1995. His further interests are represented by his book on the history of communications, his radio-plays with John Wain on three scientists of the ancient world and his two plays entitled ‘The Rhineland War: 1936’ and ‘The Portrait of a Genius’.

Pi-conjugated organic molecules and polymers now provide a set of well-performing semiconductors that support a wide range of devices, including light-emitting diodes (LEDs) as used in smart-phone displays, field-effect transistors (FETs) and photovoltaic diodes (PVs). These are attractive materials to manufacture, particularly for large-area applications where they be processed by direct printing. In this talk I will illustrate those aspects of the physics of their electronic properties that distinguish them from inorganic semiconductors, and that have required specific engineering of material and device design. In particular, these materials have low dielectric constants, and the consequently poor screening of Coulomb interactions causes electron-hole excitations (excitons) to be strongly bound. This often gives very high luminescence efficiency, as required for use in LEDs. For PVs, splitting of excitons to form free electrons and holes can be achieved efficiently at heterojunctions formed between materials with different electronegativities, which act as electron ‘donor’ and ‘acceptor’. The design of device architecture to provide the required large heterojunction interfacial area has been developed with considerable success. 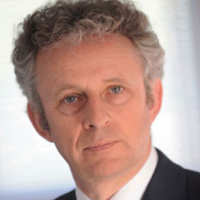 Professor Richard Friend FRS, is the Cavendish Professor of Physics in the University of Cambridge. He has developed the study of organic polymers as semiconductors, and his research group has demonstrated that these materials can be used in wide range of semiconductor devices, including light-emitting diodes and transistors and solar cells. He co-founded Cambridge Display Technology Ltd in 1992 to develop light-emitting diode displays and Plastic Logic Ltd in 2000, to develop polymer transistor circuits that are now being developed as flexible active-matrix backplanes for e-paper displays. 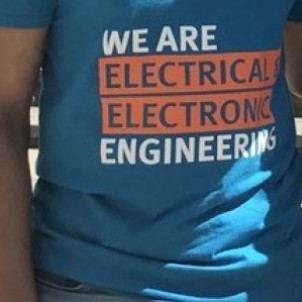