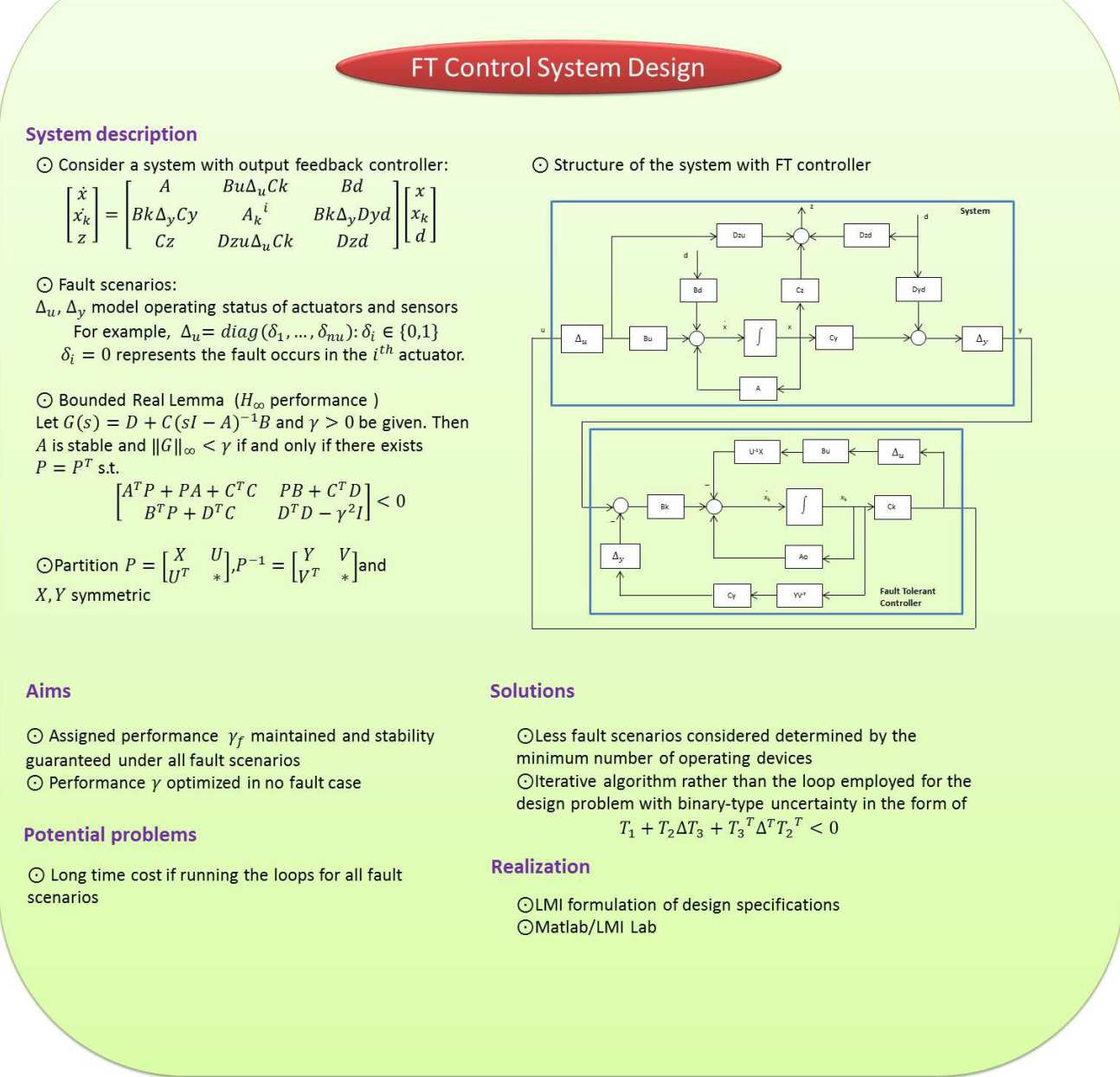 The basic purpose of a closed-loop system design is to maintain desired performance in despite of the faults in system devices and disturbances from the external environment. There are intrinsic conflicts between achievable performance and system robustness. A well thought control system design is to make some suitable trade-offs between these two specifications. In the fault tolerant control system design, the designed controller will guarantee the stability of the resulting closed loop system under faults at a cost of degrading the performance when there is no fault in the system.

In order to design a control system fulfilling the requirement of fault tolerance, a proper design objective should be selected first. Then the design specification should be formulated to some frameworks, among which, Linear Matrix Inequality (LMI) is popular these years. With LMI, the design specifications are transformed to linear optimization problems. During the formulation procedure, some linearization, relaxation work are done in order to enable the employ of an efficient software solver.

There are tremendous large number of work concerning the fault detection and isolation (FDI) who deals with additive faults and disturbances in the system. It is expected to integrate the FTC and FDI to improve the system robustness. What is more, the FTC can be integrated with other common control designs, e.g. H∞, H2, linear quadratic Gaussian (LQG), model predictive control (MPC) and so on.

Further research work in this area involves investigating other possible disturbances and faults that may occur in the original system or during the process apart from actuators and measured signals. Then the resulting system with modified controller gains more ability in fault tolerance. Possibly, the dominant sensors and actuators to system FT property can be found. Another research direction involves dealing with the exponential increase in the computations when the number of potential fault scenarios becomes large.