Why is the world green?

Over the 2021/22 academic year, our team created our TTRPG 'Why Is The World Green?', bringing together our knowledge of games, ecosystems, and human activity to create a collaborative storytelling and worldbuilding game in which players can create a balanced biome and then strive for equilibrium in a changing world.

Players choose to play as one of five biomes, and face challenges from different aspects of the climate system over two distinct phases of the game. In the first, they use resources to build defences and resilience to climate emergencies, moulding their biome into a unique and exciting system. In the second phase, players act as civilisations adapting their own, and others', resources to respond to crises. The game can end either in equilibrium, or disaster.

Having built, playtested, and edited the game over the course of the year, our team has decided not to put the project forward for a second year as a Challenge Team project. The game will remain available for free download by anyone who wants to try it, and it may reappear in the TTRPG sphere with one or more of the team members from time to time. 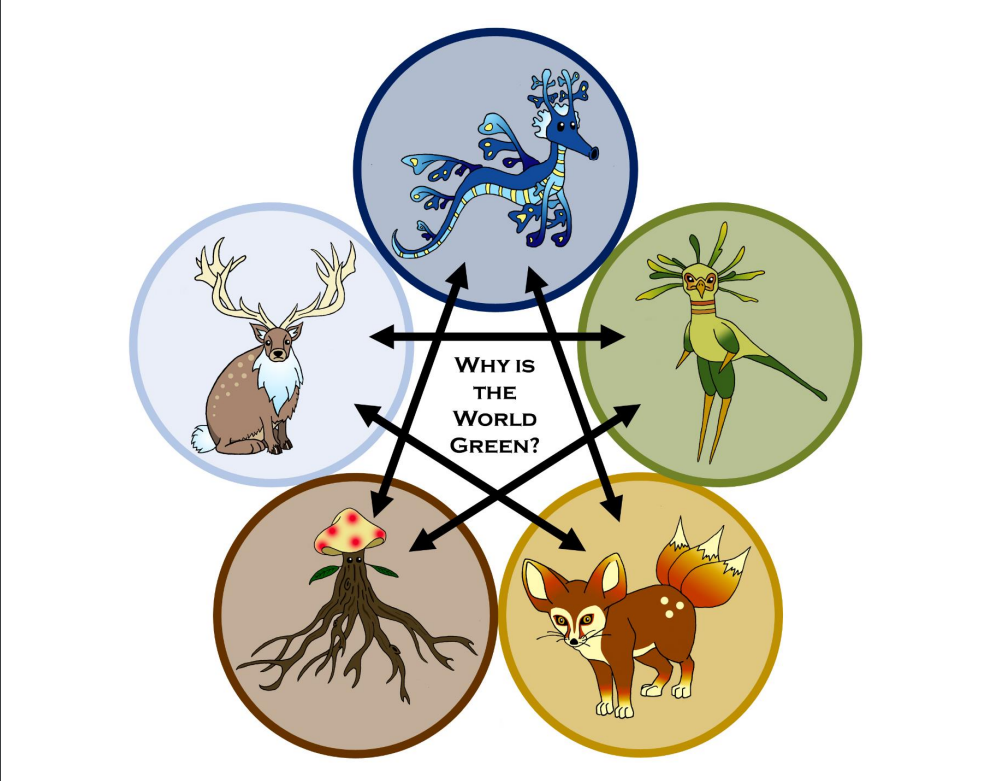