Dr John-Paul Latham  and Dr Jiansheng Xiang use numerical simulation for coastal engineering applications. In future, numerical simulation will improve design methods for protection against the higher waves that will reach our shores because of sea-level rise and the more extreme storms we should expect with climate change.

Here, simulation is used to place 20 tonne concrete units realistically on a layer of rocks. The technology that we have developed, Solidity, allows us to pack the irregular-shaped particles or units in a realistic way. We can then add the hydraulic forces due to buoyancy and wave action to the ‘dry’ forces that govern the equilibrium and stability of the solid pack - to simulate the movement of complex-shaped massive interlocking units during storm wave action.

Our software also allows us to model the stresses and forces on whatever type of concrete units the designer is thinking of using. For example, the likelihood such stresses will lead to unit breakages can be investigated. Much will depend on the location and orientation of the block, its interlocking with neighbours and the how the fluid moves around the units. So, the simulation allows us to consider the structural integrity of the concrete units, if they are packed correctly, and the impact of the wave.

Our technology gives us an extra level of accuracy and it can be used in a range of industrial applications. It is applicable on a much smaller scale, for example catalyst packing. 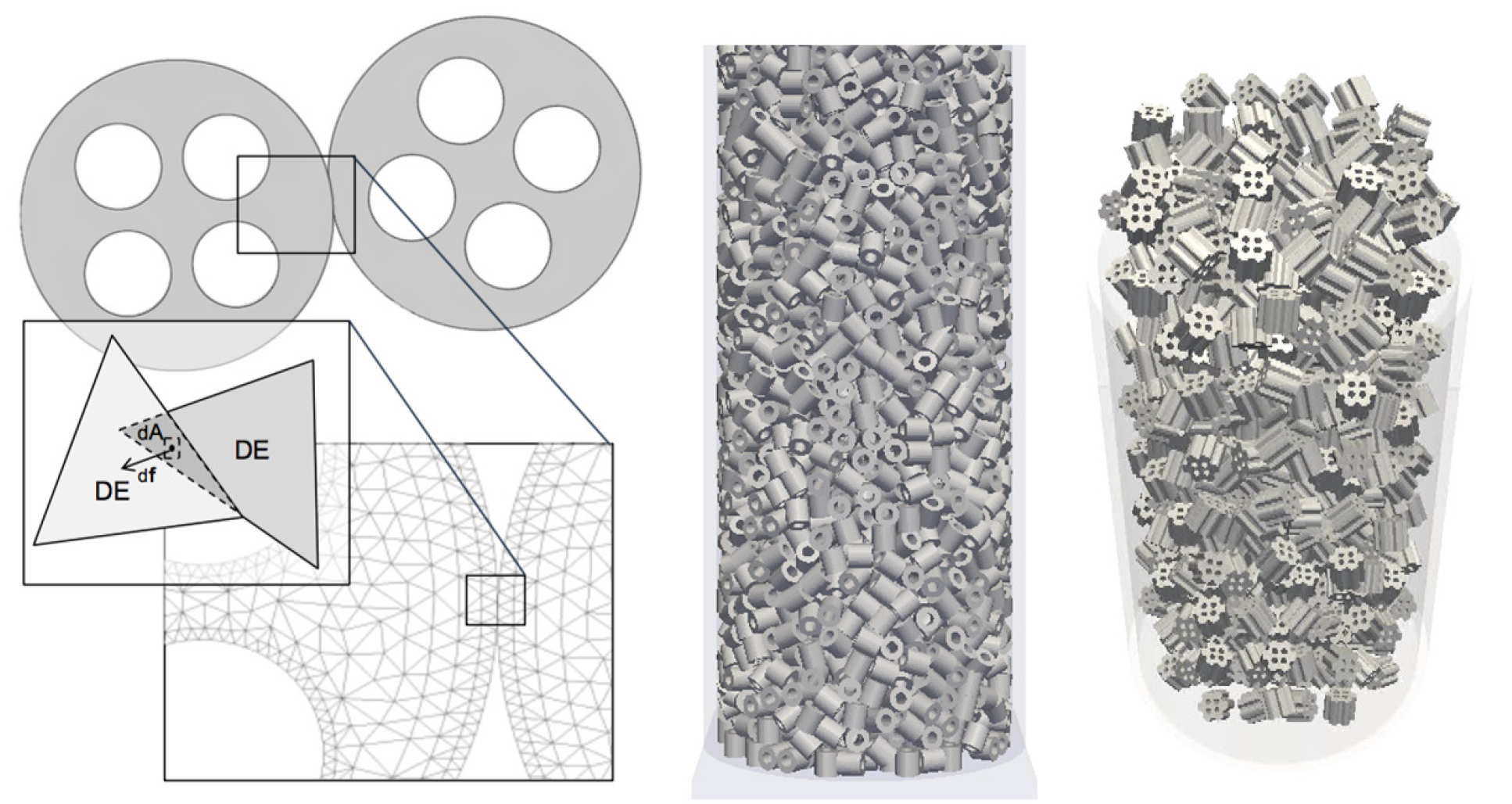 FEMDEM allows the individual particle behaviour governed by DEM formulations (particle detection and interaction) to be combined with an ability to discretise any particle into considerably smaller deformable finite elements. This allows us to introduce any complex particle shape and hence not be reliant on approximations based on overlapping clustered spheres which form the basis of many DEM models.