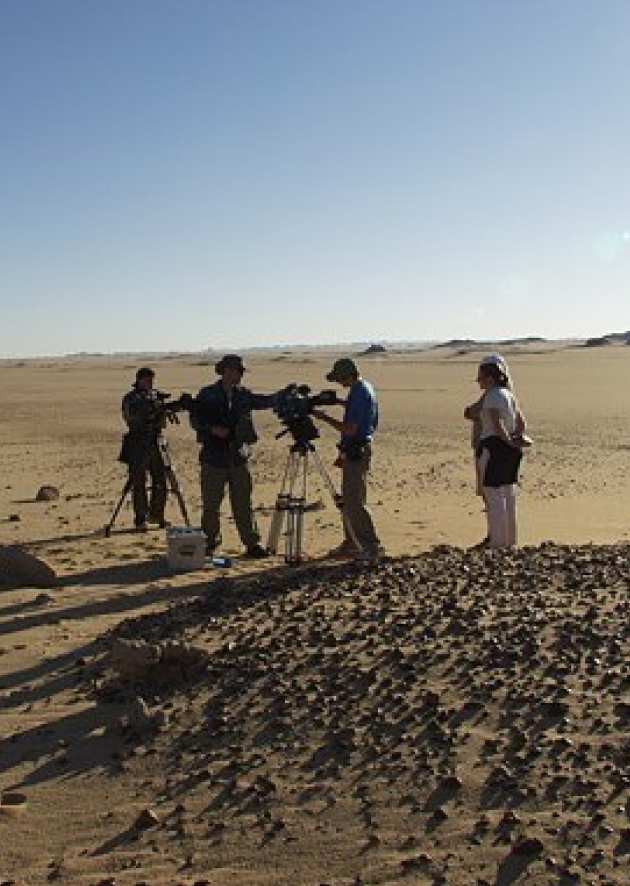 Online talks with Nature Live at the Natural History Museum

IARC staff frequently contribute to the Natural History Museum’s program of events including the Nature Live program which broadcasts live lectures and debates on science issues on the internet.

IARC participated in filming of the “Natural Wonders” Series of documentaries for the Discovery Channel during expeditions in Egypt and Morocco. Matt Genge was also scientific advisor for production company Impossible Pictures.

Phil Bland, Gareth Collins and Matt Genge acted as scientific advisors for "Impact Earth" a documentary drama on Impact Hazards for Channel 5 and the Discovery Channel

The Meteorite Hunt program for Radio 5

Matt Genge was presenter of the Meteorite Hunt program for Radio 4 and participated in a UK wide search for new meteorites along with staff from the Natural History Museum and the Open University.

IARC staff contributed to the design of the Ice Station Antarctica exhibition at the Natural History Museum, including an interactive meteorite search activity.