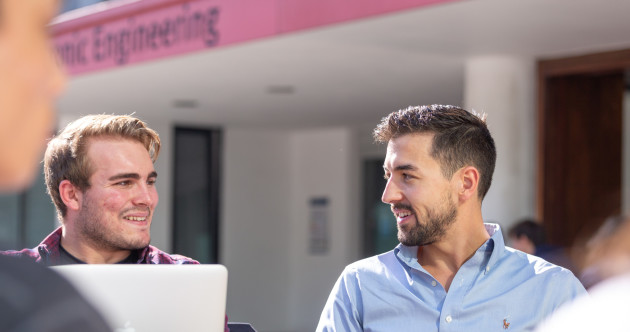 We have a range of funding opportunities available to support you through your PhD studies. 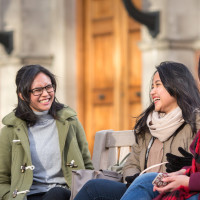 Applicants are nominated for funding initially by the potential PhD supervisors, after the offer of a PhD place, and funding decisions are made by our Awards Panel Committee.  The Awards Panel also decides on nominations for other funding schemes e.g. President's Scholarship which are centrally managed by the College.

Previously successful applicants had obtained a 1st class MEng degree; ranked nearly at the top of their cohort, had been awarded a number of prizes/awards during their degree, had a number of research placements over their studies and conducted work that had been published or it is of publishable quality.

The Department of Electrical and Electronic Engineering has a number of scholarships for outstanding PhD applicants each year.

PhD supervisors can nominate a limited number of their top applicants for funding. Funding decisions are made by the EEE department’s Awards Panel Committee.

Applicants who apply earlier (i.e. by October for the following October), are more likely to be nominated for this funding as the process is highly competitive. Applicants will be contacted if they have been awarded this funding.

The annual funds available are awarded on case by case basis. It can be used flexibly, in various ways: full scholarships, partial scholarships, top-up funding to cover shortfall in other external or internal College schemes.

The Professor Maria Petrou PhD Scholarship has been established to help recruit, retain and advance the careers of women in engineering, providing funds for undertaking PhD studies in the Department of Electrical and Electronic Engineering at Imperial College London.

Applicants of any nationality are eligible for consideration for this prestigious academic scholarship. Eligible applicants do not apply directly for this scholarship — if they have been made a PhD offer by the Department of Electrical and Electronic Engineering, an application can be put forward by their supervisor.

For students starting in October: 1 March

The scholarship honours the life and work of Professor Maria Petrou (1953-2012), who was the first woman Professor in the Department of Electrical and Electronic Engineering. She received numerous honours, including a fellowship of the Royal Academy of Engineering in 2004, and was a passionate advocate for women in engineering.

Maria Petrou was born in Greece and studied Physics at the University of Thessaloniki, scoring the country’s highest mark in her entrance exam, before moving to Cambridge to complete her doctorate.

She began her academic career in Astrophysics, but at a time of increased UK government funding for the applied sciences in the early 1980s, Maria — who described herself as a problem-solver — began an academic migration towards research in robotic vision and remote sensing.

Throughout her career in this field, Maria was interested in improving the ability of robots and computers to extract important information from raw data, detecting patterns, and overcoming difficulties associated with textures in images. She is noted for the development of a completely novel type of image representation known as trace transform. This allowed her to manipulate, compare and identify 2-D images by scale or rotation – allowing significant breakthroughs in, for example, face recognition software. She developed advanced techniques for edge and line detection, for texture analysis and for image segmentation, and was a specialist in colour image processing.

Professor Petrou posed an open challenge to her peers to develop a robot for ironing clothes, after her great-aunt came across a news report of a robot football world cup and said: “Why can’t (men) develop something really useful, like an ironing robot?” Her great-aunt's challenge became a three-year EU-funded project.

The UK Research Councils have allocated awards or provide the College with funding for specific activity.

Please read the guidance on Research Council PhD studenships to confirm your eligibility for this funding.

Some funding is project specific and therefore linked to specific supervisors. These are usually advertised on findaphd.com

You do not need to submit several applications in order to be considered for various projects. If appropriate, you may want to submit a revised personal statement. Once you have submitted an online application, you can be considered for any suitable projects, providing you meet our entry requirements. These appointments are made by the supervisor and are not considered by our Awards Panel.

Imperial has a range of other scholarships which you many be eligible for, including the prestigious President's Scholarship.

Find out more about other Imperial College Scholarships and funding opportunities or go straight to our scholarships search tool, which helps you search for all available scholarships in one place.