Ever played snooker by trying to pot a virus into a lung cell? Or cured a respiratory infection during a game of darts? The Virus Hustle turns familiar pub games upside down and shows that viruses are not all about causing disease, but can also play a vital role in curing disease when used in the right way. 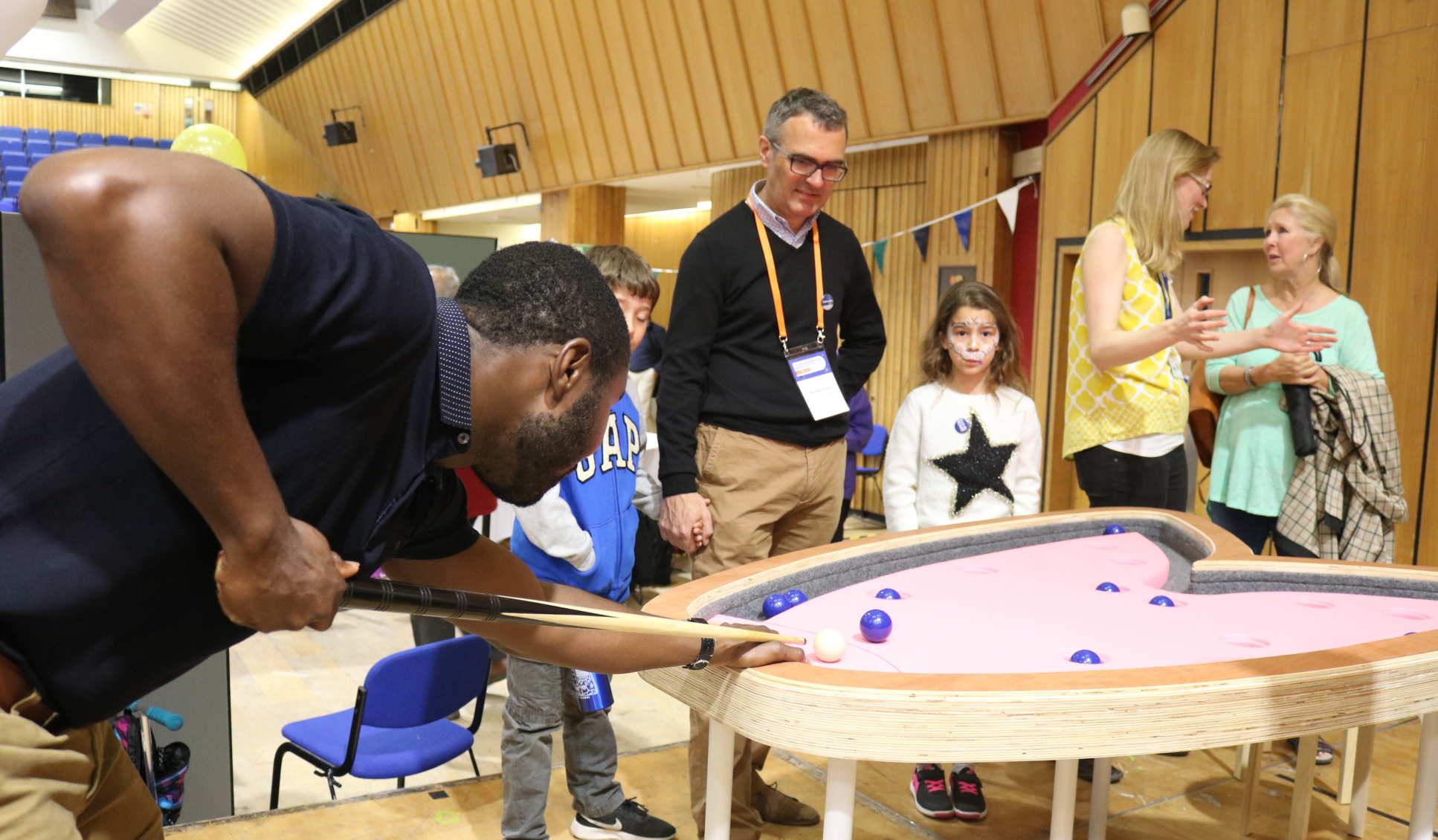 The project was developed through a collaboration between designer/maker Chris Faulds and scientists from the National Heart and Lung Institute researching the use of viruses to treat cystic fibrosis. 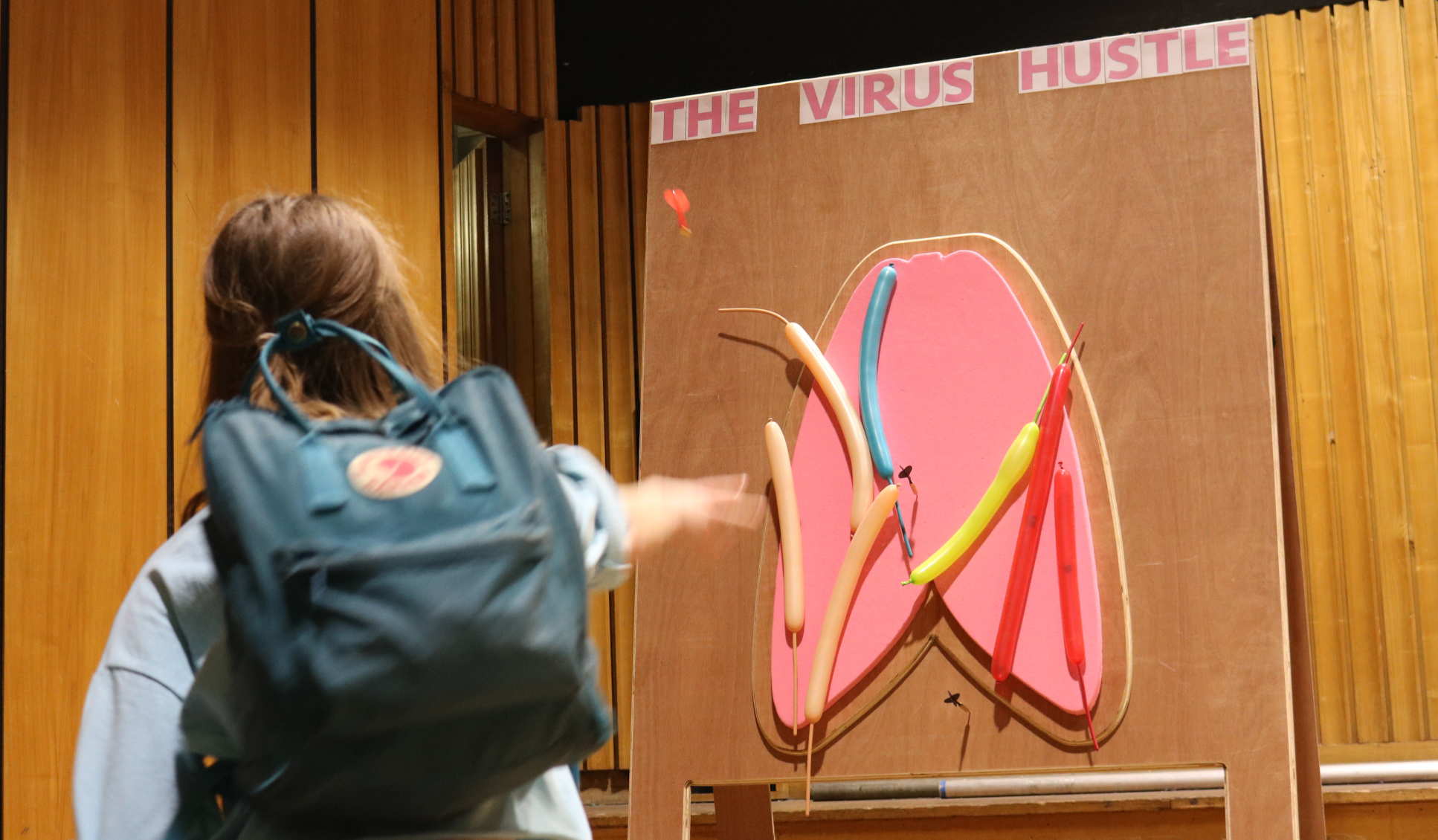 The first game was a lung-shaped snooker table with 10 pockets dotted over the surface representing lung cells. The balls represented viruses carrying the healthy version of the cystic fibrosis gene into the cell. 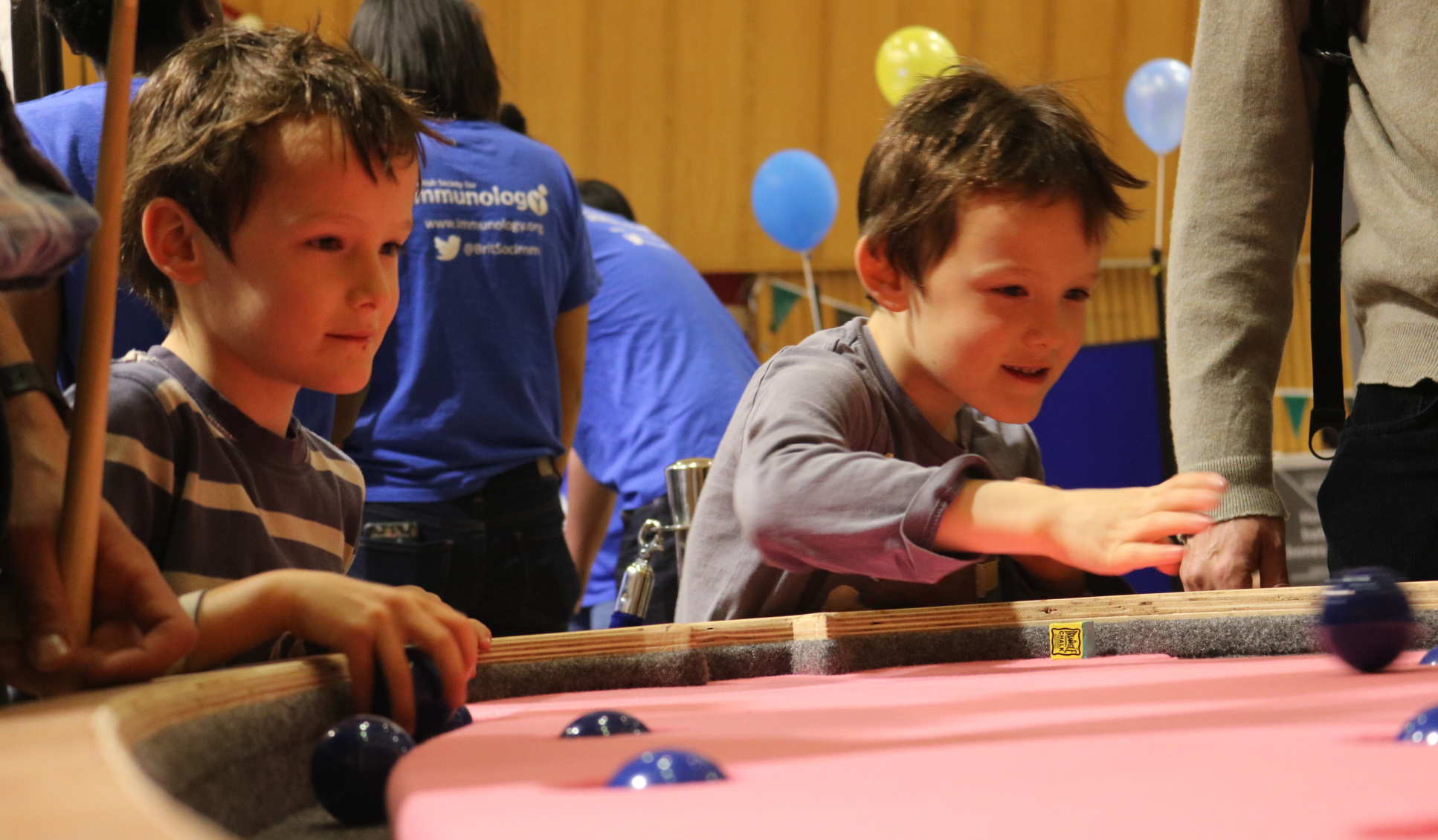 The second game was a lung-shaped dart board covered with modeling balloons representing pseudomonas bacteria that cause lung infections. Darts represented bacteriophages, special viruses that only infect bacteria and replicate themselves causing the bacteria to burst.

The Virus Hustle was presented at the Imperial Festival 2017