Driving the prevention of occupational asthma

The risk of occupational asthma is related directly to the level of exposure in the workplace and not, as previously thought, to host susceptibility

Imperial College researchers demonstrated that the risk of occupational asthma is related directly to the level of exposure in the workplace and not, as previously thought, to host susceptibility. These findings directly informed UK government and industry policy with a consequent reduction in disease incidence.

Occupational asthma, asthma whose primary cause was an agent or agents inhaled in the workplace, is the most frequently reported occupational respiratory disease in the United Kingdom and similar countries. It is the only form of asthma where the cause is now fully understood and so readily amenable to primary preventive action. Currently in the UK the disease is especially common in bakery workers, in research scientists, in some detergent manufacturers and in spray painters.

Occupational asthma when first recognised in the late 1960’s was considered an IgE mediated allergic reaction and early research into the determinants of occupational asthma in the 1970’s and 1980’s focussed on host (patient) susceptibility and the factors that increased individual susceptibility to the disease (e.g. atopy). The consequence of this approach was a raft of pre-employment policies designed to screen out potentially susceptible employees. Professor Newman Taylor, Professor Cullinan and colleagues undertook a series of longitudinal cohort studies of workforces, exposed to different agents which cause occupational asthma, to test the hypothesis that the primary determinant of risk was the level of exposure to the causative agent.

We developed and validated methods to measure the levels of the airborne allergens, including rat urine proteins and flour in order to estimate the levels of exposure experienced in different circumstances of work. Using different study designs we investigated working populations at high risk of developing occupational asthma: laboratory animal workers, bakery workers, enzyme detergent workers and plastics workers exposed to acid anhydrides. We undertook prospective 5 year cohort studies in 355 laboratory animal workers and in 300 bakery workers, newly employed during this period, a 3 year cohort study in 401 newly employed plastics workers and a retrospective study of 342 enzyme detergent workers. We found that in each of these different working populations the risk of developing new asthma caused by the specific occupational agent was highest some 2 years after the onset of exposure and was directly related to the level of exposure to the specific cause: rat urine protein, flour, detergent enzyme protease and amylase (5) and the acid anhydrides, phthalic and trimellite (6): of particular importance, the lower the levels of exposure, the lower the risk of developing asthma.

Our findings led to a profound change in the approach to the prevention of occupational asthma with the focus of control primarily directed to the reduction of levels of exposure to the specific agents in the workplace. Our results were replicated by similar findings by research undertaken elsewhere, particularly in the Netherlands, in Canada and in Sweden.

The burden of occupational allergy and asthma is considerable. An estimated 3000 new cases are reported in the UK each year; the lifetime cost of each is about £125,000, half of which is met by the employee and most of the remainder by the state, including the NHS. In healthcare terms, workers who develop occupational asthma generally require long-term treatment with asthma and nasal medications and have rates of emergency and routine hospital care higher than those among the general population of patients with asthma. For the employee occupational allergy, asthma and occasionally anaphylaxis are at best disruptive since those affected are advised to reduce or eliminate any future exposure to causal allergen; in the worst cases the diagnosis is career-ending. On average one third to one half of patients are out of work 3 to 5 years from diagnosis.

The findings of our research programme have led to a true ‘paradigm-shift’ in understanding the determinants of occupational asthma and methods to prevent it; it is now universally accepted that exposure-control in the workplace is key to prevention. The beneficiaries are all workers exposed in the UK and other economically developed countries who are exposed to respiratory sensitising agents at work and for whom exposure control promises a real reduction in disease risk; and their employers whose total costs fall. Among its impacts have been a new focus on exposure control by the UK Health and Safety Executive, evidenced by, among others, their guidance notices for disease control in the baking and laboratory research sectors [1]; each of these highlights exposure control as the primary means of reducing the risk of occupational asthma.

Similarly, evidence-based (and award-winning) guidance, updated in 2010, on the prevention and management of occupational asthma for employers and occupational health professionals commissioned by the British Occupational Health Foundation places primary importance on workplace exposure reductions. That rates of incident occupational asthma have fallen in the period following our research findings is indicated by declining reports, by an average of about 2% per annum, to the UK national surveillance scheme (SWORD); by evidence that the decline coincided with the introduction of national standards of exposure control by the now very small numbers of newly sensitised researchers in universities who have adopted strict exposure controls; by low rates of asthma among bakers in plant bakeries; and by one particular detergent factory in which we conducted a series of detailed research studies as a result of which there was a near-abolition of disease incidence through exposure control alone. Similar reductions in incidence, nationally, have been reported in Europe (e.g. France, Belgium).

Using data from SWORD over a 15 year period and a modelled estimate of the lifetime costs of a single case of occupational asthma it is estimated that primary exposure control has led to savings of approximately £2bn during this 15 year period. 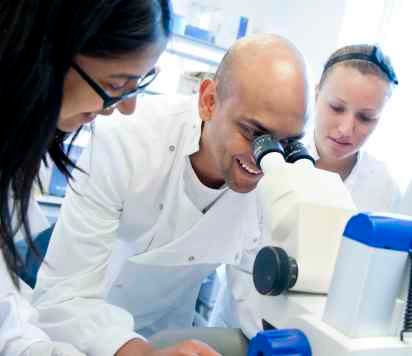