To help understand and predict tissue pathology, biosensors have recently been developed to make real-time measurements of chemical biomarkers in human tissue.

Most of these sensors, however, are hand-crafted and therefore exhibit inherent variability among devices (i.e., making it difficult to test them in clinical trials with). Moreover, despite progress in this field, the gold-standard techniques for biomarker detection still have several problems. For example:

To address this issue, the IMSE seed-funded project – Engineering a scalable sensing platform for biomolecular detection – led by Professor Martyn Boutelle (Department of Bioengineering) and Dr Pantelis Georgiou (Department of Electrical and Electronic Engineering), involved the development of a new 'lab-on-a-chip' device. 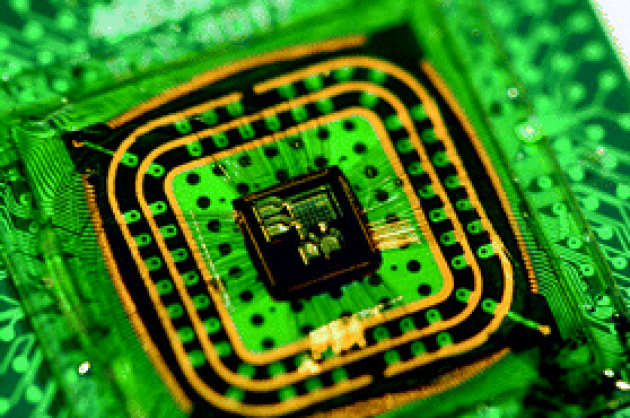 The device is based on complementary metal-oxide-semiconductor (CMOS) technology, with which it is possible to make real-time, simultaneous measurements of multiple biomolecules.

For example, the device was design to detect biomarkers that play a key role in inflammation and that can be used to predict survival in patients with advanced ovarian cancer.

The ultimate aim of this work will be to produce future point-of-care diagnostic devices.