Many departments have long-standing active collaborations with Latin America, in areas ranging from engineering, aeronautics, geosciences and mining to energy and climate change, land use, biodiversity and ecosystems, as well as public health, including epidemiology and infectious disease, some of these running over several decades. Most collaborations are with Brazil but other countries such as Chile, Mexico, Peru, and Ecuador are increasingly important.

In recent years, Imperial has in particular strengthened its ties with Brazil. This is for example demonstrated by the establishment of the Brazil Forum, a bottom-up initiative bringing together researchers with interest in Brazil from across the College. Check out some of the existing research with Brazil here.

Imperial runs a joint PhD programme with the University of São Paulo. The College has further attracted a large-scale investment establishing the Sustainable Gas Institute, a Brazilian-UK collaboration to promote research in sustainable use of natural gas and energy efficiency.

In 2013, Imperial signed a Memorandum of Understanding with the Sao Paulo Research Foundation under which collaborative projects with Brazilian and UK researchers will be funded. Read about the first 7 projects here. A further 5 projects were awarded in 2015 and the next call will be opened in 2017.

Recognition, visibility, and inclusion for Latin America at Imperial 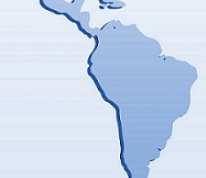 Latin America
Are you from Central or South America, and interested in studying at Imperial?
Back to Global Imperial