Culture and society have gone digital. Vast amounts of cultural and social data are suddenly available. The Social and Cultural Analytics (SOCA) Lab brings together Imperial College researchers, and friends from allied institutions, to discover how culture and society work.

Our members are mathematicians, physicists, biologists, computer scientists and engineers. We're studying the evolution of music, the neurobiology of creativity, the dynamics of twitter networks, digital markets, online collaborations, the application of text mining to health and much else besides. Embedded within Imperial's Data Science Institute, the SOCA lab launched in November 2015.

Many companies and government departments have large amounts of data about their customers and products—data that they often don't understand or exploit. We want to talk to companies who want to explore their data and, in doing so, help us to do exciting science. We're interested in analysing text, image, video, sound, consumer and social network data to find out what people think, buy, desire, and how they behave.

Analytics for the Arts & Humanities

Culture has always been the province of the humanities. No longer! We want to talk to art historians, science historians, literary critics, designers and artists who want to explore the scientific study culture. We're interested in studying the nature of creativity, artistic influence, the history of cultural change, and why most art and science is ends up in history's dustbin—but some of it lives forever. 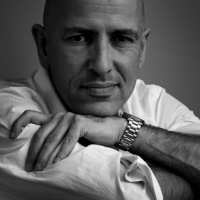 Armand is Professor of Evolutionary Developmental Biology in the Department of Life Sciences. His group works on cultural evolution. He is particularly interested in using big data sets of cultural objects—music, texts and images—to trace their historical development and the forces that shape them. To do this he applies machine learning techniques, evolutionary theory and econometric models. Recently, he has studied the evolution of popular music in the USA.

Sophia Yaliraki is Professor of Theoretical Chemistry  in the Department of Chemistry.  Her group works on developing multiscale methods that can lead to simplified,  yet meaningful descriptions of complex systems, by using dynamical, multiresolution, graph-based techniques. She is particularly interested in identifying information flow and influential roles in social networks. Recent work includes  the analysis of Twitter conversations and the role of connectivity  in cities.

Henrik Jensen is Professor of Mathematical Physics in the Department of Mathematics. He is leading the Centre for Complexity Science. His work focuses on how structure at macro level emerges from the micro level with an emphasis on the role and nature of dynamics.

Tim is a Senior Lecturer in the Theoretical Physics group and a member of the Centre for Complexity Science. He is interested in complex systems, especially networks. This includes theoretical work such as clustering methods or new analysis techniques for networks constrained by time or space. He applies this work to many different social systems. He has provided new perspectives on the citation patterns in academic papers, patents and court judgments.  He also has a long standing collaboration with an archaeologist looking at networks in the Minoan Aegean.

Mark Kennedy is Associate Professor at the Imperial College Business School. His research focuses on the emergence of new markets and industries and the more basic building blocks of organising—categories, identities, forms, strategies, practices, reputation criteria and so on. Within this broad topic, he pays particular attention to meaning construction processes, often by using text-mining techniques to extract and analyze patterns of association among actors, ideas and objects as they appear in conventional and new social media.

Aldo Faisal is a Senior Lecturer in Neurotechnology jointly at the Dept. of Bioengineering and the Dept. of Computing at Imperial College London. His lab combines cross-disciplinary computational and experimental approaches to investigate how the brain and its neural circuits are designed to  learn and control goal-directed movements. The neuroscientific findings enable the targeted development of novel technology for clinical and research applications (Neurotechnology) for a variety of neurological/motor disorders and amputees.

James is a Research Fellow in the Department of Life Sciences. His group works on biodiversity theory. He is particularly interested in a class of models known as 'neutral models' - these are simple models that can nevertheless correctly predict a surprisingly wide range of observations in both ecology and evolution. Such 'neutral models' have a broad scope and can be adapted to study social and cultural evolution. James also has a strong interest in public outreach on the subject of evolution.

Mariano Beguerisse is a Research Fellow in the Department of Mathematics. The unifying theme of his research interests is the mathematical representation of biological and human-made systems with a special emphasis on data, complexity, and networks. In his recent work, Mariano has studied the organisation and behaviour of Twitter networks, the context-dependent network representation of cellular metabolism, and the regional economic impact of evolving transport networks.

Sophia is Professor in Computer Science at the School of Computer Science, the University of Manchester and Director of the National Centre for Text Mining (NaCTeM).   Her main contributions are in the area of text mining, an increasingly important area in data science, making sense out of big unstructured textual resources. Research she has led includes the automatic extraction of concepts, relationships and events from text, using deep, adaptive text mining methods and interoperable text mining infrastructures. Applications include semantic search for a number of domains such as biomedicine (Europe PubMed Central), biodiversity, social sciences and humanities (history of medicine). Recently she is developing new methods to transform the way in which evidence-based public health reviews are conducted.

Ulrich is Professor of Cognitive Psychology in the Faculty of Psychology at the University of Vienna. His group investigates vision and visual attention, including the operation of attention in edited videos. His work covers different, mostly experimental methodologies, ranging from eye-tracking to brain physiology.

Kenneth Benoit is currently Professor of Quantitative Social Research Methods, and Head of the Department of Methodology at the London School of Economics and Political Science. He is also Part-Time Professor in the Department of Political Science at Trinity College Dublin. His current research focuses on automated, quantitative methods for processing large amounts of textual data, mainly political texts and social media. His substantive research in political science focuses on comparative party competition, the European Parliament, electoral systems, and the effects of campaign spending. His other methodological interests include general statistical methods for the social sciences, especially those relating to measurement.