In conversation with Karen G. Mills: How fintech could pave the way to small business utopia

Fintech is already transforming the small business landscape, but there’s no doubt the most dramatic changes are yet to come.

Karen G. Mills, who spent five years working in President Barack Obama’s Cabinet as Administrator of the Small Business Administration (SBA), has written a book inspired by her time in government called Fintech, Small Business & the American Dream. We sat down with Karen to discuss her belief that fintech could lead to entrepreneurial utopia – as long as we keep the dark side of digital transformation under control.

Can you tell me a bit about your work with small businesses as part of President Barack Obama’s Cabinet?

I had the great honour of working for President Barack Obama heading the SBA from 2009 to 2013. I had responsibility for all of America’s entrepreneurs and small business owners – there was only one problem and that was the timing. I took the job in the first quarter of 2009 in the middle of the financial crisis.

In my first quarter in office, we lost 1.8 million small business jobs. The reason was that, in a credit crisis, small businesses are among the entities that suffer the most because they are dependent on their banks for access to capital and, in the most recent financial crisis, banks froze.

How did you tackle the challenges faced by small businesses during the financial crisis?

I believed the job was to solve this problem, so I took action to help small businesses get loans. I convinced President Obama and Larry Summers, who was the Director of the National Economic Council, to let me raise the guarantee rate on SBA loans to 90 per cent. In the US, the SBA is uniquely authorised to guarantee bank loans. The bank makes the loan and then through the SBA the government guarantees a portion of them. Previously, the SBA guaranteed 75 per cent, but when I raised it there was an immediate effect on the market: 1,000 banks returned to SBA lending within six months and we had three record years of lending to small businesses.

Was your decision to raise the SBA loan guarantee rate to 90 per cent controversial?

I had to convince the economic team in the White House that we wouldn’t get all the bad loans. I had done some analysis that showed that the fact that nobody was lending would allow us to attract the cream of the small businesses out there. In fact, the credit scores went up by an average of about 100 points so that proved to be correct.

At the time it was a daring tactic, but it was also a very deep crisis and I knew that small businesses were hurting all over the country.

How do you think small businesses today could benefit from digital transformation?

It used to be that you would go to a bank with a pile of paperwork, the banker would say come back in three months, and sometimes the answer was no. It was a very long and painful process, but technology has the power to change two of the big frictions that caused those difficulties.

The first is information opacity – it’s very difficult to figure out whether a small business is creditworthy. The second friction is called heterogeneity – the fact that not all small businesses are the same, so as a lender you could be assessing a dry cleaner one day and then a funeral home the next. This makes it hard to get a credit file of like businesses and figure out what the profile of the desirable customer would be.

Big data and technology will change all that. Imagine you are a small business owner and you’re sitting down with your banker – each of you has a dashboard which has collected your financial information and the algorithm inside has processed it to give you a projection of the cashflow for your business.

This would be transformative – in fact in the book I call it small business utopia.

What risks do small businesses face in this new environment?

There’s definitely a dark side to technology. For example, imagine there’s an error in the algorithm deciding whether you are creditworthy. Today, if there’s a problem with your credit score, there are ways to correct it. If it’s inside an algorithm, who gets to look at it and see what’s going on?

Artificial intelligence is built on the premise that if you train an algorithm with a certain set of data it will learn. One of the issues we have is, what if our existing data has bias? I know from my experience that businesses owned by women and minorities have more difficulty accessing credit, and there’s a concern that we have not yet figured out how to write the algorithms that don’t learn from past biases.

What do you think the overall effect of Fintech will be on the small business landscape?

I think fintech will be transformative for small businesses and it will happen faster than we think. In the next two to three years, I anticipate that we will have significantly better products and services that will allow small businesses more options for capital, which could prevent them from having life-threatening cash crunches.

This is important because in the US small businesses account for half of all jobs, and in the UK that number is slightly bigger – at 54 per cent.

Even more importantly, small businesses have long been a way to increase access and opportunity. In the US, many people have come to the country without anything and built businesses and achieved great prosperity. This is the story of my family and it’s the reason I called my book Fintech, Small Business & the American Dream. If technology creates the kinds of opportunities for small businesses that we hope, then more people can achieve success. 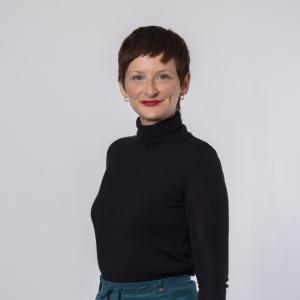