Any software developed by the RSE Team will follow the standard Imperial College IP’s Policy, described in detailed in the Research Office webpage and summarised as:

The Research Software Engineering (RSE) Team recognises research software as a first-class research output and is committed to obtaining maximum value from it via sharing. Options for licensing software should be considered at the earliest opportunity in collaboration with the Research Office and the Industry Partnerships and Commercialisation (IPC) team.

The default position of the RSE Team is that code should be made available under a permissive open-source licence as it is developed, in keeping with the Imperial College London policy on Open Access and Open Research, and guidance on making your research software open and sharable, however, that might not always be possible or be the best option to create sustainable impact.

Even within open source, there are many types of licenses for software. The Imperial Enterprise webpage contains detailed information about the topic. If you opt for an open-source, Imperial's preferred software licence is the BSD licence (either 2-Clause or 3-Clause).

Use the following chart created by the IPC Team to help you decide on the matter: 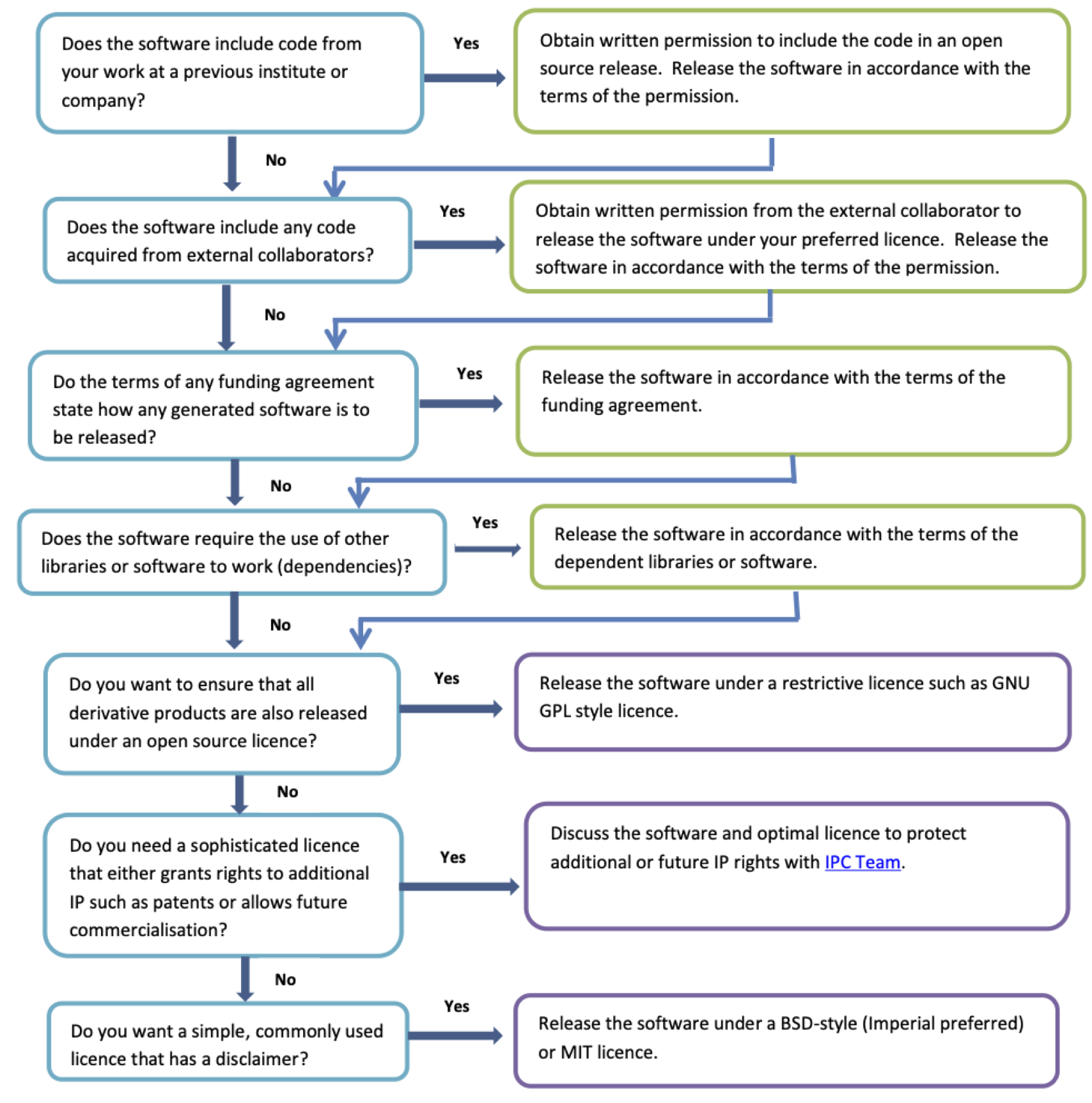