Could the blockchain replace your manager?

The blockchain can allow businesses to organise themselves in new ways, free from traditional corporate hierarchies and established chains of command

In the decade since the Bitcoin white paper was first published, cryptocurrencies have grown from relative obscurity to amass a collective market capitalisation that has at times been in excess of $180 billion. Bitcoin, still the largest cryptocurrency by a significant margin, is (at least at the time of writing) a widely accepted and trusted form of payment.

It has achieved all this without the typical organisational oversight one would expect, such as managers, executives or a board of directors. As the first real-wold example of a decentralised autonomous organisation, Bitcoin is illustrating a new way a business can both operate and organise itself.

Retail banks, credit card companies and other payment providers could be considered the organisations most similar to Bitcoin as they all facilitate and monitor the exchange of currency. However, the way they operate could not be more different. Companies like Visa and PayPal are run in a typical top-down fashion, requiring a raft of managers and employees to make and implement decisions.

Bitcoin, as well as other cryptocurrencies like Ethereum and Litecoin, operates without a single person or team of executives steering the ship. Instead, tasks are assigned and rewarded automatically, while organisational changes are implemented through a democratic process.

Cryptocurrencies are able to exist thanks to two major innovations. The first is the blockchain: the public, distributed ledger that records every transaction conducted in Bitcoin. This ledger of transactions is not stored in a single place. Instead, it is maintained by a network of thousands of independent users. This prevents fraudulent transactions from being made, since successfully faking a payment would require altering every single distributed copy of the ledger.

Maintaining the ledger requires a significant amount of computing power, which leads to cryptocurrency’s second innovation: the miners. Miners are the users who maintain the ledger by lending their computing power to the job. For their effort, they are rewarded with freshly minted cryptocurrency tokens to cover the cost of electricity and upkeep.

The more computing power a user has, the more sway their vote holds

If Bitcoin is a company, miners could be considered its rank and file employees. Validating transactions for entry on the blockchain requires miners’ computers compete to be the first to guess a long, random number, and they are rewarded with Bitcoin when they do so successfully. Committing more computing power to the network increases the chance of a miner guessing the number first, while also making the Bitcoin network more secure.

Effectively, miners have their tasks assigned automatically, and are rewarded based on how much effort they put in. In a more traditional organisation, assigning tasks and rewarding employees would be undertaken by a manager, but in a decentralised autonomous organisation like Bitcoin, the process handles itself.

No need for a CEO

The business of Bitcoin isn’t fully automatic: like all organisations, it requires some form of guidance, leadership, and the occasional change from time to time. For updating the blockchain software, volunteer developers publicly work together to propose and create updates. Their efforts are supported through a sponsorship programme funded by donations. This method, referred to as open source software development, is how software like Linux and Firefox is made.

However, unlike Linux or Firefox, the average Bitcoin miner is given significant power in deciding which changes are implemented. When a change is ready, Bitcoin miners are able to cast a yes or no vote on whether to implement it. Voting power is proportional to computing power: the more computing power a user has, the more sway their vote holds. A change is only implemented if it receives sufficient support from users. This process makes sure both miners and developers have a say in the development of Bitcoin and jointly decide the direction the organisation takes through a democratic process.

This self-sustaining and automatic organisational process is what allows any cryptocurrency to exist without a CEO. The way it automates the creation of tasks and organically incentivises the completion of those tasks is vastly different to a top-down organisation. It facilitates consensus among everyone involved, while making sure the company stays on track and operates in everyone’s best interest.

Decentralised autonomous models have the potential to provide a wealth of opportunities for companies beyond cryptocurrencies like Bitcoin. Blockchain technology could be applied to any industry that requires the coordination and sharing of complex information, particularly if a degree of trust is required between third parties or counterparties: insurance, healthcare and asset management , for example. While in these cases replacing entire management structures might be a step too far, some functions such as allocating tasks, distributing incentives like bonuses, and establishing a consensus among employees do have the potential to be automated with the blockchain.

Though cryptocurrencies are the best example at the moment, they are unlikely to be the last decentralised autonomous organisation. 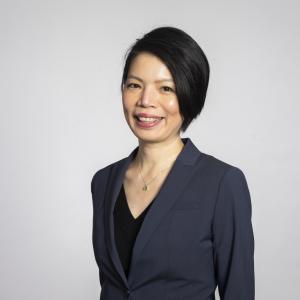 Assistant Professor of Innovation and Entrepreneurship
With a focus on organisation theory and strategy, Dr Hsieh examines the coordination and governance mechanisms within blockchain-based decentralised autonomous organisations. At a higher level, she investigates how technological innovation enables novel forms of organising.

She has a PhD in General Management from Ivey Business School, and was previously a PhD Research Fellow at the Scotiabank Digital Banking Lab at Ivey.

3 lessons coronavirus can teach us about virtual networking

Ideas for new networking habits to enable us to continue positively influencing our work culture in organic and spontaneous ways.