Though it has existed in some form for centuries, modern crowdfunding can be thought of as beginning with the launch of Kickstarter in 2009. In the 10 years since, projects have amassed huge amounts through crowdfunding. These successes, however, don’t tell the whole story. According to a recent study by The Hustle, the average Kickstarter success rate is just 37 per cent, with unsuccessful projects only raising an average of 20 per cent of their goals. The study found that clear descriptions, video content, and regular updates were all factors that distinguished successful campaigns, but plenty of strong projects have endured failure while including these elements.

So, are there more fundamental aspects of a campaign that boost its chances of success? One factor is the amount of money requested for the project, i.e. the campaign goal. Crunching the numbers reveals smaller campaign goals tend to fare better, with the median amount requested by successful projects being roughly 50 per cent of that of failed projects, but this should be obvious – it’s always going to be harder to raise larger amounts. What’s less obvious, however, is the importance of the precision of the campaign goal amount.

Human instinct tends to favour round numbers, a phenomenon that has been observed in retail pricing, stock market trades and corporate takeovers. This makes sense due to our base-10 numerical system, which means round numbers are the most cognitively accessible figures and serve as reference points when talking or thinking about numbers. However, this instinct can also lead to over-reliance on, and disproportionate use of, round numbers. Why does this matter? For a start, campaigns with a round goal amount are significantly less likely to succeed. For example, Kickstarter campaigns with a goal amount of $5,000 have a historical average success rate of 38 per cent, compared with 49 per cent for those with goals between $4,000 and $4,999 and 44 per cent for those with goals between $5,001 and $6,000. Given that there is also evidence suggesting individuals with higher IQ levels are less likely to use round numbers, it’s conceivable these results are influenced by the quality of the entrepreneur.

On top of this, campaign goal amounts are intended to be a relatively accurate forecast of a project’s financing needs, so there’s no practical reason amounts should cluster at round numbers. Campaign backers have a sense of this, and therefore might interpret round-number campaign goals as evidence of inaccurate forecasting or, worse, as proof of an entrepreneur’s lack of experience, information or ability. Of course, one cannot say any of these things will be conclusively true for any particular campaign, but the practical effect is campaign backers who do their research will be aware of an entrepreneur’s use of round number goals, and will use that information to make predictions about the current campaign. If they find evidence of current or past use of round number goals, it does little to inspire confidence, with campaign backers less likely to support the entrepreneur as a result.

What can entrepreneurs do to avoid these pitfalls? The obvious solution of plucking a non-round number close to the round number you instinctively land on might be of limited assistance. This is because non-round figures are less likely to fall victim to left-digit bias, which sees interested parties focus disproportionately on the leftmost digit in a figure. This effect is seen in the drop in value of used cars at 10,000-mile and 1,000-mile odometer thresholds, with a similar effect likely for round-number crowdfunding campaigns.

The most advisable course of action is to be precise. More accurate figures, which are statistically unlikely to be round numbers, suggest entrepreneurs have confidence in their claims, and have taken into account real project costs and demand estimates, which reduces uncertainty and the sense of risk. Campaign backers are also aware entrepreneurs learn from their experience, with the likelihood of setting a round campaign goal declining with each subsequent campaign by a particular entrepreneur. This means precise, specific figures are suggestive of experience, which again reduces the perceived risk for campaign backers and makes crowdfunding success more likely.

At the end of the day, campaign backers want to know a project they’re considering supporting is led by someone who cares enough to thoroughly work out their costs and estimate demand, and who is honest enough to request a fair amount. None of this is guaranteed by a track record of non-round figures, just as it is not definitely absent in a track record of round figures. Risk, however, is a function of probability, and campaign backers are aware the likelihood of a crowdfunding campaign being driven by a focused team with a good track record and a higher chance of success increases when non-round campaign goals have been set by that team in the past. For this reason alone, savvy entrepreneurs should make every effort to avoid the round-number heuristic, with its too-neat figures and abundance of zeros, and instead stand out from the crowd with accurate, specific targets.

This article draws on findings from "The Round Number Heuristic and Entrepreneur Crowdfunding Performance" by Tse-Chun Lin (University of Hong Kong) and Vesa Pursiainen (Imperial College Business School). 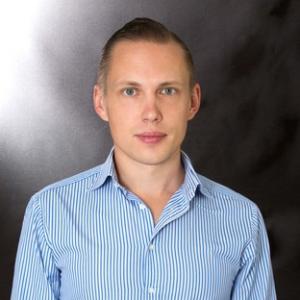 Vesa Pursiainen is a PhD candidate at the University of Hong Kong and a visiting researcher at Imperial College Business School. Prior to starting his PhD, he worked in the financial industry, as an investment banker at J.P.Morgan and an investment professional at Oaktree Capital Management.