Dual networking: the secret to effective partnerships in innovation

Innovation happens when technologists and managers make the best of frenemies.

For technological innovation, collaborative partnership involves sharing insights and challenging each other. Often, it’s the combination of specialist technical experts and the broader perspective of managers that heralds truly creative ideas.  As one technologist in a multinational company we spoke to put it: “Innovation occurs when the ‘what’s needed’ meets the ‘what’s possible’.”

So how should businesses orchestrate successful collaboration between technologists and innovation managers? And what does it take for them to work effectively together in their quest for innovation? Our research points towards the important role of “dual networking” in producing effective innovation partnerships.

Over the past few years, we’ve researched the structures of a leading international science and technology company that we call “Neptune” to see how networking among employees leads to innovation.

In the past, innovation has tended to be a linear affair: technologists generate new ideas, which innovation managers then evaluate and sometimes implement. Such a linear approach, however, makes it difficult to produce innovative ideas that merge technology and market insights.

Like most of today’s other large technology corporations, Neptune, a product-led company, operates two distinct career ladders in its R&D operations: managerial on one side and technological on the other. Although both its technologists and innovation managers are typically scientifically trained, this parallel approach allows each party to focus on what they do best. “We have clear differences in what we enjoy doing,” one technologist told us. Excellent market and business understanding allow innovation managers to focus on what makes ideas financially viable and likely to gain traction in the market, without needing to spend time in the lab to figure out what is technically feasible. Technologists meanwhile do exactly that without needing to manage budgets or people.

Allowing people to focus on the business and technology aspects of innovation, however, requires effective collaboration between innovation managers and technologists. Whenever technology “geeks” come up with a novel technology, they need feedback from people who better understand market needs and realities. Conversely, innovation managers may anticipate future market trends, but need input from technologists to understand what’s possible with the science of tomorrow.

“It’s those ad hoc conversations that spark the dynamics,” one technologist, recognised for a successful partnership with an innovation manager, told us. “If you have a bunch of technologists talking together you can get very technical, very deep, very quickly. If you have a bunch of managers… they don’t know what they’re talking about.” But put both together and one side brings inspiration, technological rigour and confidence in the science, the other brings guidance and business insights. Managers and technologists can become sparring partners and together develop and refine the original gist of an idea into a convincing business case.

Dual networking occurs when collaborating technologists and innovation managers draw advice from the same groups in the organisation, but not from the same individuals. This networking tactic enables manager-technologist partners to outperform others in generating novel and useful business ideas. Those who instead divide the networking and talk to different groups of individuals will find it difficult to challenge one another: the input one party gets from their network is unlikely to relate to what the other is working on. Those who instead connect to the exact same individuals will also struggle to challenge one another: they will simply not get enough difference in perspective from their networks to question one another’s assumptions and insights.

Dual networking – connecting to different individuals in the same groups – is the sweet-spot between dividing the networking or duplicating it. During our research, we interviewed one manager-technologist pair who had worked so closely together they even finished each other’s sentences. But they were able to challenge each other because they did not take one another’s expertise for granted. For example, when seeking to validate new technological directions, both would reach out to different opinion leaders – often senior technologists – in the organisation. The feedback they each received would then enable them to tweak and improve their joint work through a fiery, yet constructive, discussion. Likewise, they would both seek to challenge critical market assumptions by using connections with different company directors.

To work effectively together, people at all levels and from different backgrounds need to challenge each other continually. Dual networking is a critical enabler to doing exactly that. Overlapping groups create the necessary common ground, whereas non-overlapping individuals maintain diversity. The route to innovation – in tech companies and beyond – may thus require people with complementary skills and experience to be each other’s devil’s advocates, working not only from their own expertise alone but informed by thoughtful networking. 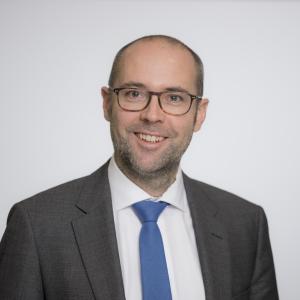 Associate Professor of Technology & Innovation Management
Anne ter Wal joined Imperial College Business School in 2009 and is Associate Professor of Technology & Innovation Management. His research, often in collaboration with leading multinational companies, focuses on the role of networks in innovation and entrepreneurship. In his research, Anne studies how individuals access new knowledge and ideas through networks within and between organisations. He also looks at the challenges they face when seeking to apply these ideas to the creation of novel products and services. He leads a large-scale EU-funded research project studying how entrepreneurs build valuable networks that help them achieve business and innovation success. 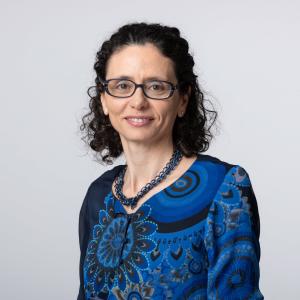 She has been the recipient of two prestigious industry awards for best research publication in innovation management, and she is on the Academy of Management Journal editorial board.