Lawyers and patents don’t always offer the protection innovators expect. Dr Dmitry Sharapov explores the ways individuals and companies can protect their ideas through the designs themselves

What do 19th century inventor Charles Babbage, renaissance master Leonardo da Vinci and the makers of Swiss cheese have in common? They’ve all taken steps to protect their original ideas or products from being pinched or passed off as someone else’s.

Experts believe Babbage inserted deliberate errors into his blueprints for a mechanical computer to foil anyone tempted to rip off his designs. Nearly four centuries earlier, Leonardo drew up plans for the world’s first armoured tank; experts believe he designed the gears back to front to prevent any   unscrupulous reproduction. And Swiss cheesemakers include a secret microbe in authentic Emmental to deter the many counterfeiters; while the presence of bacteria doesn’t alter texture or flavour, it’s a hidden marker which reveals whether the cheese is the real deal.

Today, technology makes it easier to steal or copy original and innovative ideas and products, and owners of innovations must be on their guard. Typically, they achieve this through a mix of established strategies, from applying for patent protection through to using economic incentives and controls to deter employees.

As many innovators learn to their cost, however, getting the lawyers in doesn’t always work. Patents don’t always offer strong protection (except in certain industries such as chemicals or pharmaceuticals). In other sectors, a patent can be circumvented with a few tweaks to an invention, and it can be difficult to prove a patent has been infringed, even though the idea has been effectively copied.

But entrepreneurs and businesses have many more options to protect their original ideas than they realise, and, in a paper published in the Academy of Management Review, we’ve developed a theory that makes sense of the different ways in which design can be used to capture value from innovation.

A common way of protecting an innovation is for a business to strategically split up the development and production processes; a modular approach makes it harder for the design to be copied in its entirety.

Equally, subterfuge is not unknown. Steve Jobs was famously secretive, disguising the first iPhone within an iPod case, while the first iPod prototypes were bulky items that looked nothing like the sleek device that eventually emerged.

More subtle methods include tagging a product or idea, applying an indelible watermark or marker to reveal if another party is illicitly copying it (the secret bacteria added to Emmental, for instance). Cartographers have been known to insert “trap streets” (fictitious or altered streets) and details to catch out anyone copying their work – Google Maps and the Automobile Association have both fallen foul of this trick.

Such tactics can help people or companies assert ownership of an innovation, but they require varying levels of investment and effort.

A firm developing an innovation can detract attention by diverting competitors’ focus towards false leads. During the Second World War, the UK Government famously attributed British fighter pilots’ night-time prowess to the popular myth that a diet of carrots had improved their eyesight in the dark. This propaganda, officials hoped, would distract the enemy from the newly developed radar technology which was giving the RAF an upper hand.

Back in the 19th century, a group of US oil producers successfully threw the monopolistic Standard Oil off track with bogus surveys and information to disguise the planned route of the world’s first long distance oil pipeline.

Today, a company might file a fake patent for a substandard technology to send rivals down the wrong path while using a better one in ideas under development. There’s even a phrase in German to describe these decoy patents: Umgehungs Patente.

It can be difficult to prove a patent has been infringed, even though the idea has been effectively copied

Likewise, designers can defeat industrial espionage by tweaking information about a finished product – think of Babbage’s modified blueprints. More recently, software designers have protected their work by compiling it into uninterpretable but functional code, foiling attempts to reverse engineer it. In 1982, a White House official claimed, the CIA deliberately leaked technology that contained secret malfunctioning software to the USSR to disrupt Soviet gas supplies, leading to an explosion in a Siberian pipeline.

There’s another method that we’ve identified to protect innovation and we call this spiking. Here, a design might be augmented with an extra layer of, say, digital technology, designed to prevent unauthorised copying or use. Digital rights management is the most obvious way to achieve this: without a digital licence, for instance, certain software will not function. This method had come into its own as the types of equipment running software has increased; for instance, John Deere tractors that can only be repaired or modified at authorised services.

While our research expands the toolbox innovators have for protecting their inventions, none of the methods we have identified is a silver bullet. Nor are they without costs, and companies should weigh the price of designing and implementing alterations, red herrings and subterfuges with the benefits of protecting their designs. We are now examining more closely how these design mechanisms can help companies capture value from their inventions and whether they are worthwhile, given the costs of disguising or embellishing original innovations.

This article draws on findings from “Design as an Isolating Mechanism for Capturing Value from Innovation: From Cloaks and Traps to Sabotage” by Dmitry Sharapov (Imperial College London) and Samuel C. MacAulay (University of Queensland). 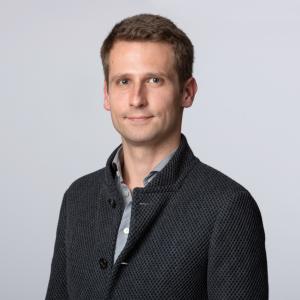 Associate Professor of Innovation, Entrepreneurship & Strategy
Dmitry Sharapov is Associate Professor of Innovation, Entrepreneurship & Strategy at Imperial College Business School. Dmitry joined the Department of Management & Entrepreneurship in February 2012 after completing his PhD in Management at the Judge Business School, University of Cambridge. Dmitry's research interests lie at the intersections of the literatures on competitive strategy, innovation management, and decision-making under uncertainty.

Protecting innovation in the face of large-scale M&A

Boosting innovation in a FTSE 500 organisation

Multinationals are rich in R&D talent, but how can leaders make the most of it?