Agribusiness is not ready for the sudden shocks of climate change

Climate change models suggest temperatures will gradually rise, but the agriculture sector is not prepared for the acute risk of extreme weather events

Canada’s recent heatwave has left disaster in its wake. Emergency services have been flooded with calls, with municipal governments reporting dozens of deaths where heat was listed as a contributing factor. Lytton, which recorded Canada’s highest ever temperature of 49.6°C, was destroyed by wildfire. Before the current heatwave, no temperature in the country had ever surpassed 45°C.

The weather has also been devastating for the region’s agricultural sector. Raspberry farmers in British Columbia’s Fraser Valley have reported their crop cooking on the vine, while canola growers across the US’s northern prairies fear this year’s harvest will be an unprecedented disaster.

Extreme weather may inflict deep regional losses in the coming years, not decades

In reality, this is not how climate change will be experienced. Extreme heatwaves such as that in Canada, as well as other unprecedented weather events, are predicted to become more frequent. Many businesses working in the agricultural sector have not yet got a grip on the reality that climate change poses an acute risk in the short term, not a chronic one in the distant future.

It is generally understood that climate change is going to have a negative effect on the world’s crops. Increased temperatures, reduced rainfall and other shifts will reduce the yields of harvests worldwide. The Global Center on Adaption estimated the world’s agriculture industries could see productivity fall by as much as 30 percent by the year 2050.

This global headline-grabbing statistic is serious enough, but extreme weather may inflict deep regional losses in the coming years, not decades.

The current climate drives decisions on what to plant where and when, and successful harvests are highly dependent on stable and predictable weather. While past trends might suggest a crop will go well, extreme weather events always pose a threat. A few unseasonably warm days could wipe out a broccoli crop, or a late frost could do the same to a grape harvest.

This distinction between climate, being the average weather of a location, and weather, being the conditions on any particular day, is not obvious in the smooth graphs used to project future climates.

While the occasional bad season is a reality of farming, the frequency and severity of extreme weather events are expected to increase. The weather on any particular day may be, on average, slightly warmer, but record highs and lows are also expected to become more common. In some cases, conditions may exceed anything previously experienced. This increase in both the frequency and potential severity of extreme weather events puts entire harvests at greater risk of being completely wiped out, as opposed to a gradual decrease in yields shared across the sector.

Considering this, businesses in the agricultural sector need to treat climatic changes as an acute risk, as opposed to a chronic risk. The gradual increase in temperatures might appear to be manageable, but in reality, the accompanying rise in extreme weather events will lead to increases in sudden, unprecedented disasters. It is reasonable to expect market disruptions and price spikes may compromise food security.

This is already starting to happen. In 2018, England sweltered through its hottest summer on record, surpassing the previous record set in 2006. Prices for produce including lettuce, carrots, onions and peas surged due to the expected fall in yields. Also, the insurance sector saw claims for subsidence quadruple compared to the previous year. A growth in claims might have been predicted over the coming decades, but these long-term perspectives don’t account for losses driven by singular weather events, potentially happening in the short term.

Climate change poses an acute risk in the short term, not a chronic one in the distant future

It is also expected these losses will not be shared equally. In the developing world, where farms are typically smaller and lack modern irrigation systems, the success of a crop is highly dependent on the weather. The Intergovernmental Panel on Climate Change also anticipates the increased risk of extreme weather events to be worse in tropical regions. In both communities, a particularly bad season could have catastrophic consequences.

Long-term trends might suggest the cost of climate change could be managed with prudent long-term planning. This is not the case, and agricultural businesses of all sizes face the increasing risk of a single weather event causing unmanageable human, environmental and financial costs. We can no longer rely on the past to predict the future.

This article draws on findings from "Climate Change and the Future of Food: Part 1 – Risks to the Agricultural Sector" by Alexandre Kōberle, Shivika Mittal and Charles Donovan.

Nature-based solutions to climate change: understanding the importance of quality

We can use nature to protect agriculture from the negative effects of climate, but such solutions come with significant challenges

MSc Climate Change, Management & Finance is a one-year Master's programme provides you with the business skills to tackle climate change and sustainability. 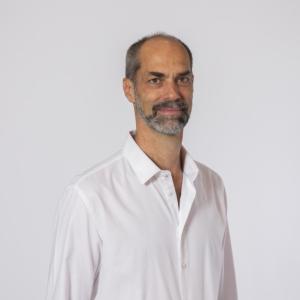 Research Fellow
Dr Alexandre Koberle is a Research Fellow at the Grantham Institute at Imperial College London. He leads the Flow of Capital for Climate Action project in collaboration with the Business School's Centre for Climate Finance & Investment, and the School of Economics at Fundação Getúlio Vargas in São Paulo.