Artificial intelligence is changing the face of finance

Dr Marcin Kacperczyk, Professor of Finance at Imperial College Business School, highlights the possibilities and challenges of AI technology in the finance industry

For better or worse, artificial intelligence (AI) has long been hailed as a symbol of the future. However, in many ways, the age of AI is already upon us. From Google to gaming, early versions of the technology are becoming more readily integrated into our daily lives. It is therefore no great surprise that AI has also found its way into an area where the speed and accuracy of digital calculations by a computer can far outweigh anything a human can do: financial trading.

Given the huge amount of data to be analysed and measured, the use of digital technology and algorithms has become mandatory in the finance world. AI has infiltrated everything from trading to customer service to regulation, and this dominance will only become more widespread as technologies improve and possibilities increase.

The sheer volume of data the financial industry was producing – and the need to analyse and act upon it as efficiently as possible – led to the development of computer-based algorithms. Banks and individual traders began to rely upon the data-crunching capacity of these algorithms and, as technology developed, they began to replace the traders themselves. Automated trading now accounts for roughly 75 per cent of all financial market volume.

Thanks to this algorithmic technology, which now includes aspects of artificial intelligence, startups and individuals have started trading in a market that was once the sole domain of big banks and investment firms. Opening up the market can be positive – by allowing more players to enter it lowers transaction costs by reducing the human workforce, and increases monitoring abilities. However, larger companies can utilise the same technology and exploit it to their advantage using larger capital and, as they are often located closer to servers, a faster response time.

However, whilst AI offers countless opportunities for greater efficiency in the finance industry, it also harbours potentially catastrophic threats. A huge windfall or crash can happen in milliseconds. AI-powered high frequency trading can rapidly destabilise the market and lead to liquidity, resulting in a potential reluctance to trade by the rest of the market. This is reminiscent of the 2010 flash crash in the US market, when prices of some individual securities dropped close to zero and the US regulator was forced to void some of the trades.

Using computers to analyse data and suggest actions based on trends and patterns has its benefits – a computer can work a lot faster than the human brain and see patterns not otherwise detectable. It isn’t affected by the emotional, interpersonal or political issues which can plague a human workforce and lead to unpredictability. On the flip side, unlike their human counterparts, computers are susceptible to glitches, viruses, hacking, and other data protection and stability issues.

But while these technologies come with increased risk, they also offer new ways of fighting threats. More data means more evidence available to trace crimes such as insider trading and hacking. In fact, AI is becoming increasingly important in the fight against fraud. On top of cybersecurity, it is used to find anomaly transactions, track individual trading patterns, and follow patterns in the wider market. AI software can detect criminal transactions in a fraction of the time it might take a human, and without the risk of human error, which can save millions in potential fines and human capital. AI is also used in “regulation technology” to address the new regulatory controls put in place after the 2008 financial crash. Big banks have used similar technology in modelling, scenario analysis and forecasting, saving big dollars and reducing human workforce in this area.

Despite this, the use of AI doesn’t eliminate all human elements. Whilst the software itself behaves according to its programming, it still needs to be programmed by somebody. An error in this initial development could have major ramifications, as could the potential of a hack, software glitch, or even malicious interference.

As artificial intelligence becomes more sophisticated, it becomes increasingly challenging for regulators to maintain data security and the integrity of the market. The technology is changing at such a rapid rate that laws and policies need to be agile enough to keep up and prevent major market movements as a result of algorithmic glitches, but at the same time allow for innovation in the industry.

This all leads to a question crucial to business schools: if trading and regulatory jobs are being taken by AI systems, what will happen to the job market? Put simply, the role of human intervention will most certainly change, but this does not mean that all jobs will be automated.

Technology has both displaced and increased jobs in many industries, and finance is no different. There is a growing need for people with cross-disciplinary skills to bridge the gap between technology and labour: people who can build the programmes and the business models that surround them. As a result, partnerships between engineering, computing and business faculties around the globe are strengthening.

AI technology also offers fresh opportunities for innovative startups. London is the fintech capital of the world, so Imperial’s location and cross-disciplinary expertise makes it the  perfect place for researching this fast-growing industry  – and producing the graduates who will go on to lead these new companies and take on these new roles.

As discussed at the  Imperial Fintech Conference 2016, AI technology will be an instigator for change. Large financial institutions and big banks may face a brain drain as innovators move to startups, which will inevitably lead to new services from the big firms. Any new technology or innovation will always bring challenges – but the possibilities in this case may well revolutionise the whole industry. 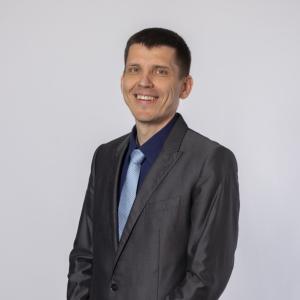 5 things executives need to know about AI and machine learning

Financial services firms expect significant growth in their use of machine learning, but are already having problems implementing it at scale. Professor Marcin Kacperczyk untangles the knot for business leaders